In no specific order, here are the records I really loved in 2011

Rather than create a year-end critical best-of, I’ve listed here the 20 albums released in 2011 that I listened to the most. Of course, there’s significant overlap (Beyoncé, SBTRKT, Jay-Z & Kanye West, Lykke Li, etc.) with the countless lists that have been published in magazines and blogs over the last few weeks, but there are gems here that were overlooked by many, like incredible records by Raphael Saadiq and Chancha Vía Circuito, as well as return-to-form releases from Beastie Boys and My Morning Jacket and simply great, fun records from long-time favorites Quantic and Mr. Chop. 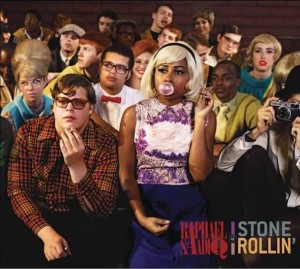 1. Raphael Saadiq – Stone Rollin’ [Columbia]
The neo-soul singer/songwriter/producer/former Tony! Toni! Toné! member brought his gritty Motown & Stax, funky Sly Stone, and even mildly psychedelic influences to the front and released one of the most criminally under-appreciated albums in a year where like-minded neo-soul music was embraced on the charts. 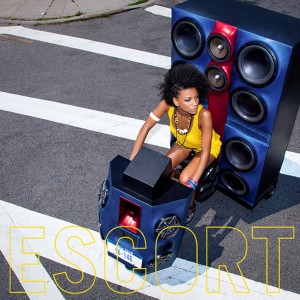 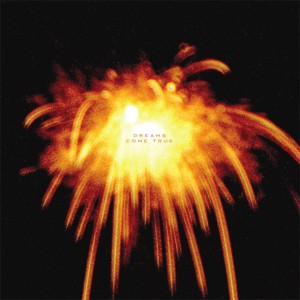 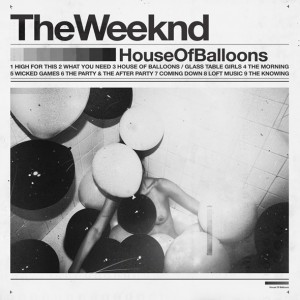 4. The Weeknd – House of Balloons [self-released]
LA by way of Toronto producer Abel Tesfaye (working with two associate producers) came on strong in early 2011 with the debut ‘mixtape,’ House of Balloons [followed by Thursday less than 6 months later, and a third, Echoes Of Silence, just a couple of weeks ago]. Their druggy, late-night, trip-hopped R&B-meets-indietronica stylings have been the subject of massive hype verging on mainstream acceptance (“High for This” made it to a promo for HBO’s Entourage) and being favorited by just about everyone with ears and an internet connection (a live appearance in Toronto inspired stadium-worthy singalongs from the audience), The Weeknd maintained an air of inscrutable mystery throughout the year. 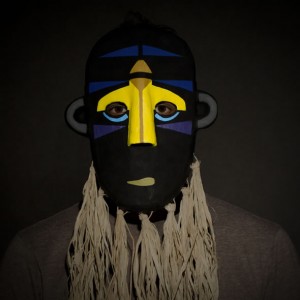 5. SBTRKT – SBTRKT [Young Turks]
Tribal-masked UK producer/DJ Aaron Jerome (aka SBTRKT) uses dubstep (and its ludicrously-named umbrella classification ‘bass music’) as a foundation (but definitely not a blueprint) for one of the most eminently listenable dance music albums of 2011. His production work serves his songs well, never overpowering them. His tunes, sung by numerous guest vocalists (including Little Dragon’s Yukimi Nagano and Sampha, whose James Blake vocal affectations sound better with each listen), have a pure pop heart inside their of-the-moment electronic sounds. 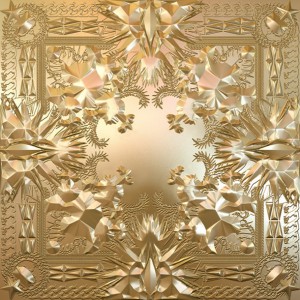 6. Jay-Z & Kanye West – Watch the Throne [Def Jam/Roc-a-Fella/Roc Nation]
Gleefully chopping up expensive Otis Redding samples and even more expensive Maybach luxury sedans, two of the biggest names in hip-hop teamed up on Watch the Throne, hands down my favorite record of 2011. [If this list of twenty were whittled down to a list of one, this’d be the sole survivor.] A heady and endlessly quotable mix of righteous pro-black lyrics and over-the-top self-aggrandizing and material boasting, Jay & Ye never seem to stop having a great time throughout the entire album. 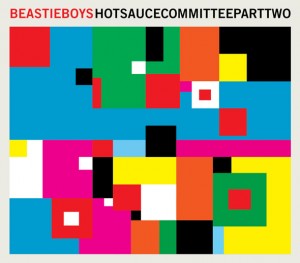 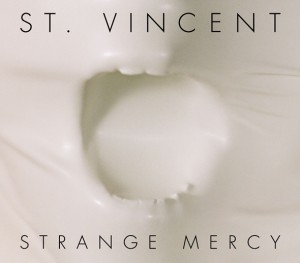 8. St. Vincent – Strange Mercy [4AD]
Annie Clark’s third full-length as St. Vincent finds her jettisoning some of the more baroque and cloying elements of her signature sound and coming up with a collection of great character-driven pop songs that find beauty in the tension between ugly & pretty, invitation & threat, triumph & surrender. The best track on Strange Mercy is the disco-by-way-of-Talking-Heads thump of “Cruel,” punctuated by a spiky and angular—but never harsh-sounding—guitar line supporting a spiraling melody that sounds like it was cribbed from a classic Disney movie. 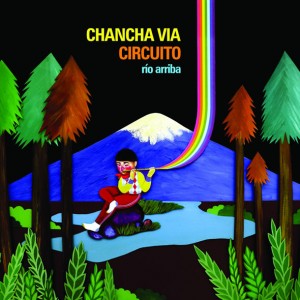 9. Chancha Vía Circuito – Río Arriba [ZZK Records]
Moving away from the hip-hop fueled digital cumbia he created for the clubs, Pedro Canale aka Chancha Vía Circuito explores ‘música folklórica,’ the folk music traditions of indigenous peoples from his native Argentina—as well as Chile, Bolivia, and Peru—to create sounds that are deeper, more intimate and hypnotic, but retain the head-nodding appeal of earlier productions. 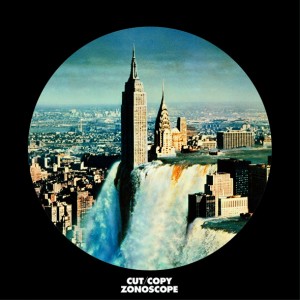 10. Cut Copy – Zonoscope [Modular]
Packed with great songs, clever musical quotes, charm, and in frontman Dan Whitford’s voice a decided Andy McCluskey influence (who himself enjoyed a return to the spotlight with Orchestral Manoeuvres in the Dark), Cut Copy transformed themselves from guitar-based dance-rock band into something more expansive, while displaying a firm grasp on the punch and appeal of dance music.

Key track: “Take Me Over” 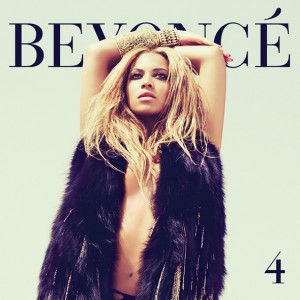 11. Beyoncé – 4 [Columbia]
Once again working with a team of A-list producers—including Kanye West and The-Dream on the best tracks—Beyoncé sings an album full of songs about the joys of her committed relationship with one Jay-Z. From the bare and spare R&B of “1+1” to the delirious dance single “Countdown,” Ms. B wears domestic bliss very well indeed. 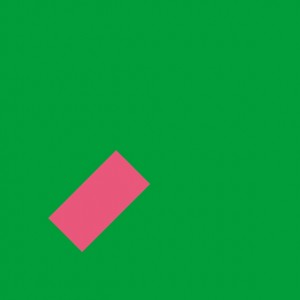 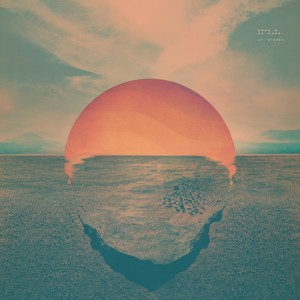 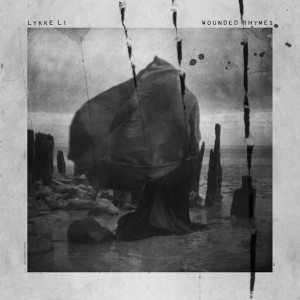 14. Lykke Li – Wounded Rhymes [Atlantic/LL]
A far cry from the adolescent angst of her Twilight soundtrack appearance, Lykke Li has created something more adult and nuanced on her second album, Wounded Rhymes. She is totally on-point with her songwriting, filling the album with intriguing contrasts (compare the gentle doo-wop stylings of “Unrequited Love” to the upfront sexuality of “Get Some,” with its eyebrow-raising couplet: “I’m your prostitute/you gon’ get some”).

Key track: “Get Some” 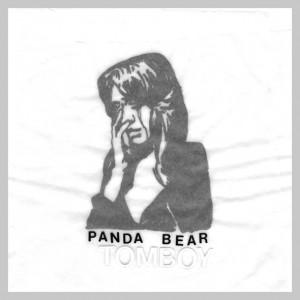 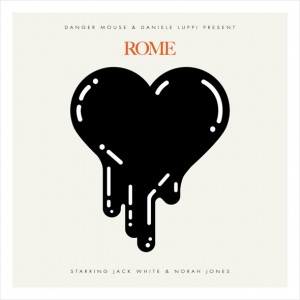 Key track: “Two Against One” 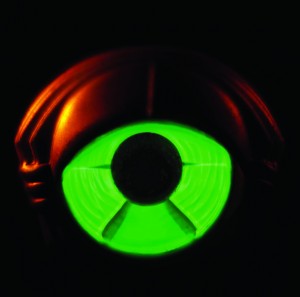 17. My Morning Jacket – Circuital [ATO Records]
Since 2003’s It Still Moves, a new My Morning Jacket album has been something to celebrate (at least on my turntable). After the Pro Tools experimentation of Evil Urges, Circuital is a return, of sorts, to what Jim James & co. do best, crafting expansive, reverb-drenched psychedelic soul-rock. 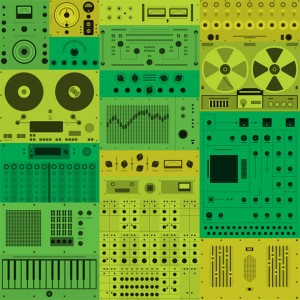 18. Mr. Chop – Switched On [Five Day Weekend]
Coz Littler is the multi-talented instrumentalist behind both Mr. Chop and the all-analog Ape Recording Studios, “a repository for vintage synthesizers, guitars, drums and gear sourced from the world over.” His latest effort, Switched On—another collaboration with drummer Malcolm Catto—is ten tracks of cosmic, squelchy, crunchy analog funk, loaded with covers of classic funk and rock tunes from the late 60s and early 70s. 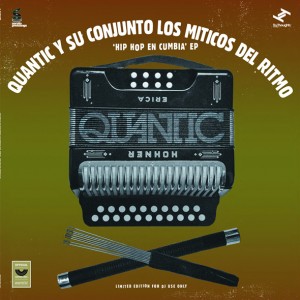 19. Quantic Y Su Conjunto Los Miticos Del Ritmo – Hip Hop En Cumbia EP [Tru Thoughts]
After learning accordion for three years or so in Colombia and Panama, including being taught by accordion master Anibal Velasquez in the Colombian coastal city of Barranquilla, Quantic applies his newly-acquired musical skill to instrumental versions of hip-hop classics in the classic cumbia style, plus a Quantic original track. The results are an instant party.
No surprise the 2000 copies of the vinyl-only release sold out instantly. 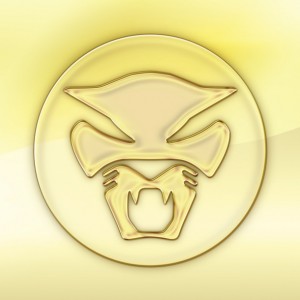 20. Thundercat – The Golden Age of Apocalypse [Brainfeeder]
A sprawling, dense debut from talented veteran bassist Stephen Bruner that recalls the crossover fusion music of mid-70s Herbie Hancock or The Crusaders and the wigged-out electronic dub of mid-90s Mouse on Mars. Virtuoso instrumental noodling on one track and simple pop on the next. A standout release on the already amazing (Gaslamp Killer, Flying Lotus, Martyn, Tokimonsta, Samiyam) LA-based Brainfeeder label.