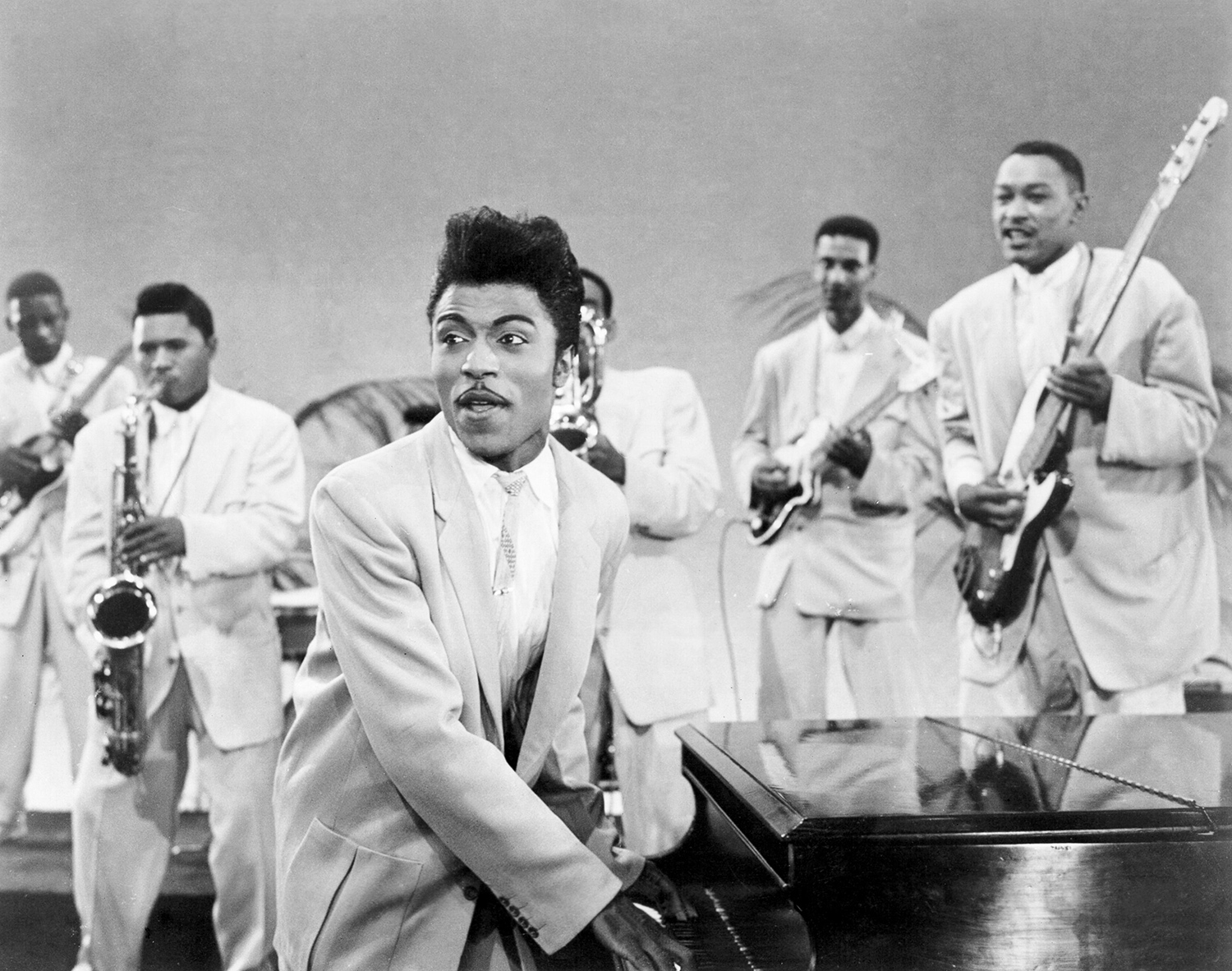 [I]ndisputably the most rock ‘n’ roll man who ever lived

Today we bid a fond farewell to a true American original and indisputably the most rock ‘n’ roll man who ever lived, the great Little Richard, who sadly passed away today at the age of 87. Little Richard wasn’t just an architect of rock ‘n’ roll, he more than any other performer, fully embodied the wild and chaotic energy of the genre. A Little Richard performance would hit like a tornado, albeit one that somehow managed to relocate you, your house and all your belongings to a new location but surprisingly all in one piece. To listen to his albums is to hear channelled and organized chaos of the highest order, with Little Richard the genius/madman directing air traffic with each pound of his piano.

And that voice. Little Richard not just invented, but also perfected the uniquely rock ‘n’ roll style of shout singing from the get-go, creating an approach that many have imitated but none have bettered. Little Richard‘s scream was like a high calibre machine gun trained at the heart of the teenagers who took to his music. So what if you didn’t catch every rapid fire word he spat out? You got the point.

Always impeccably dressed, the high angular cheekbones, towering bouffant and pencil thin mustache gave him the stature of a Southern Baptist preacher or a country lawyer rather than as a pianist. Little Richard was the quintessential showman: a man whose frenetic work rate on stage would make even self-proclaimed “hardest working man in showbiz” James Brown, blush.

Born Richard Wayne Penniman in Macon, Georgia at the height of the great depression. His father, Charles “Bud” Penniman was a church deacon and a brick mason, who sold bootleg moonshine on the side and owned a nightclub called the Tip In Inn. The third of 12 children, Richard was always angular and skinny, growing up with the family nickname ‘Lil Richard due to his pint-sized frame – likely the function of a complicated birth that left him with a strange gate. He would rapidly make up for his diminutive size with a larger-than-life personality.

Young Richard was a practical joker growing up, frequently finding himself in trouble. He was also a talented singer from an early age, performing in the church choir. Wanting to stand out from the pack, Richard would sing louder and in a different key from the rest of the chorus and walk the streets of the neighborhood he grew up on banking on steps while singing at the top of his lungs. His favored repertoire during these early days included rhythm and blues and gospel songs by Mahalia Jackson, Sister Rosetta Tharpe and others.

This singing duly paid off. In October 1947, Sister Rosetta Tharpe overheard 14-year-old Penniman singing her songs before a performance at the Macon City Auditorium. She invited him to open her show, a chance that he jumped at. Getting a taste for showbiz, and deciding to take-up playing the piano after hearing early R&B hit “Rocket 88” played by Ike Turner, Penniman was ready to go pro himself. The only problem was that his parents considered the R&B that Richard loved and was making a name for himself performing as diabolical.

He was initially hired as a traveling performer with Dr. Hudson’s Medicine Show. He often performed in drag during this period under the name “Princess Ivone”. He was hugely influenced by Bill Wright during this period, who was part of the review and who took Richard under his wing and taught him how to be a showman. The pencil mustache, which would become a key part of Little Richard‘s look was initially was sported by Wright and made a strong impression on the young impresario.

Wright was also key to helping Little Richard get a foothold in the recording industry. He was so impressed with Penniman‘s singing talents that he put him in contact with Zenas Sears, a local DJ, helped Penniman gain greater exposure. This brought him to the attention of R&B great, Lloyd Price, who had Penniman record a demo for his own label, Specialty Records. These first recording sessions took place in New Orleans in 1955 and Penniman, now working under his stage name of Little Richard singing Ray Charles and Fats Domino covers. These sadly proved to be disappointing and a longer contract looked like it would not materialize.

The label tried to salvage things and paired Richard with producer Robert “Bumps” Blackwell. One night while recuperating at an inn following some frustrating recording sessions, Richard sat down at the piano began playing a highly risqué blues he had written entitled “Tutti Frutti”. Blackwell instantly realized the song could be a big hit and swiftly hired songwriter Dorothy LaBostrie to rewrite some of the lyrics to make them suitable for radio play. Recorded in just three takes, the track and released at the end of 1955, the song took off, reaching a staggering #2 on the billboard R&B charts.

Sex, only thinly coded, was his great subject and he mined it greedily, tenderly and with a superhuman energy

From there, Little Richard never looked back. He followed-up “Tutti Frutti” with “Long Tall Sally” in 1956 (which reached #1 and held it for 13 weeks straight) and assembled a crack R&B band to take his frenetic vision on the road. His debut album, Here’s Little Richard was released in 1957. It included what was largely the early repertoire for almost every early American garage and British invasion group that would appear in the early ’60s. Other early hits, “Keep A-Knockin'” and “Good Golly Miss Molly” insured that Little Richard stayed hot in the charts and in the limelight. The pounding, four on the floor, rhythmic formula (further consolidated by Chuck Berry transferring things to the guitar) served as the basis for what came to known as rock ‘n’ roll.

More importantly, Little Richard‘s over-the-top stage persona and the coded explicit sexuality of many of his songs have been the formula that every rock ‘n’ roll performer from Elvis to the Beatles and Rolling Stones to the likes of Lemmy of Motörhead-fame have tried to replicate. All were widely influenced by the ecstatic and lustful visions of Little Richard and mot of these groups saw their early records littered with Little Richard covers and imitations.

Little Richard enjoyed a long and varied career. While he would occasionally venture back into gospel music, as he did in the late ’50s and early ’60s, perhaps as a means of paying temperance for the wildly sexual music he had helped to midwife – likely to also to placate the views of his conservative parents who greatly disapproved of what they saw as the degeneracy of R&B and rock ‘n’ roll – he would always inevitably return to the music that made his name. Sex, only thinly coded, was his great subject and he mined it greedily, tenderly and with a superhuman energy.

His career experienced ups and downs over the years, with pressures taking their toll. While a teetotaler in his early, hyper-frenetic days (even fining musicians in his band for drinking or drugging while on tour) he would start using himself, developing a serious cocaine habit that would eventually lead to use of heroin and heavy drinking. He was able to kick drugs in the late ’70s, helped by a return to the church and launched a comeback that ran from 1985-1999. This period also found Little Richard branching out musically, including collaborations with hip-hop group Living Color for their Elvis Is Dead album.

Health problems that began to mount in the ’80s proved to be too much for him to continue and Little Richard gave his last concert in 2014, retiring to his estate in Nashville, TN. He leaves behind a legacy that is absolutely second-to-none. While often imitated, he was never bettered as a pure force of live wire rhythm, blues and libidinal energy. His influence in incalculable and will live-on as long as teenagers want to listen to high energy music about sex, relationships and being young. RIP Little Richard. 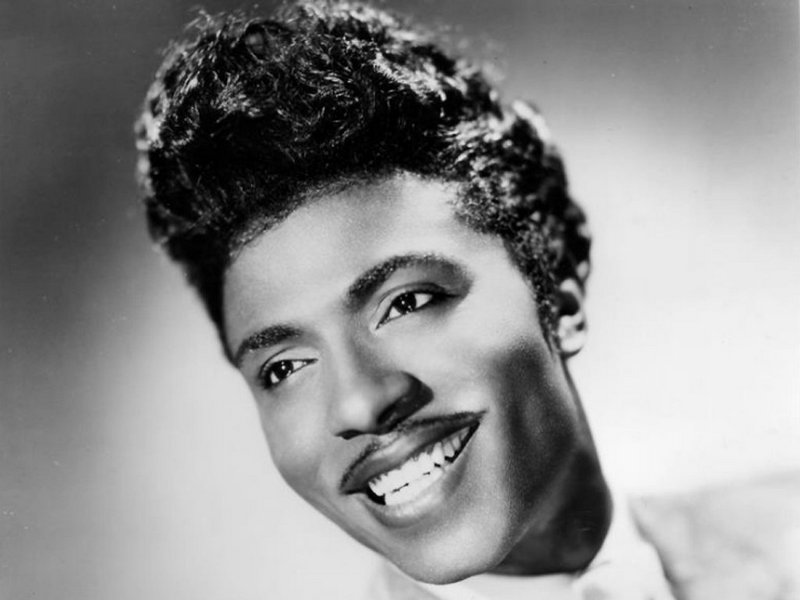