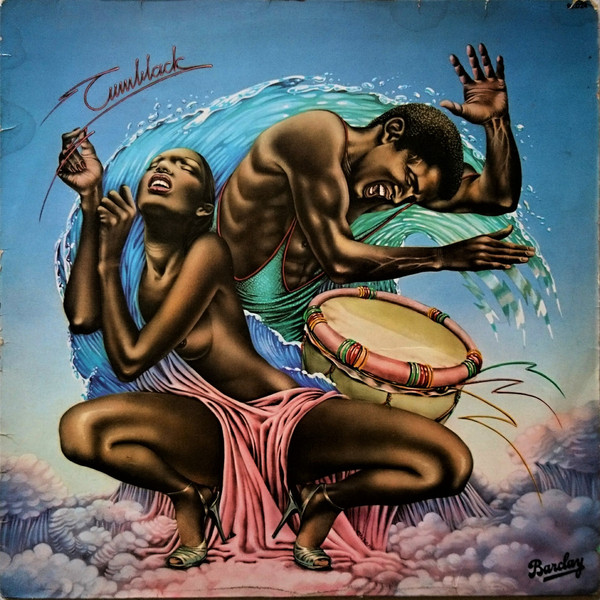 Tumblack‘s sole LP was their self-titled debut. It is a record that most collectors picked-up on the strength of incredible cover art alone. Released in 1978 on the French Barclay label, the sparse liner notes leave a lot to the imagination as to what the enclosed record might actually sound like. Fortunately, the record is an absolute banger. While mostly filled with out and out extended percussion tracks, it does boat a handful of brilliant afrobeat and afro disco workouts.

The highlight of these is “Caraïba”. The song is a masterpiece of the genre, with rich polyrhythms giving way to a popping bassline, crunchy electric pianos and bright saxophones. The track personnel information reveals that the band is composed largely of West African session musicians who had expatriated to France and were working in French studios. The album as a whole appears to have been conceived by Pierre-Alain Dahan who was a drummer who mostly worked as a library music musician, turning out tracks at a rapid clip for off the shelf use in films, commercials and TV.

It is too bad that Tumblack wasn’t able to become a more permanent project, because the promise that it offered is fully on display here.