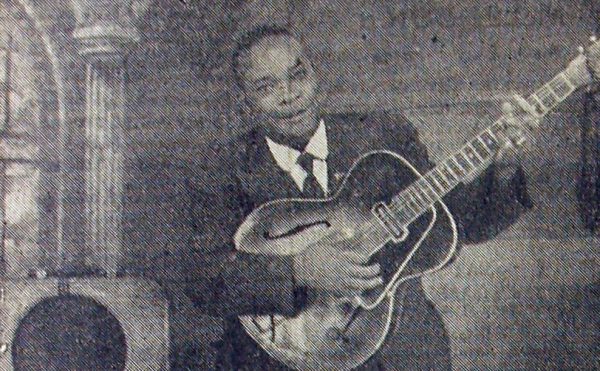 In the wake of the recent passing of the great Little Richard, I’ve been delving deeply into his roots, which are the very roots of Rock ‘n’ Roll music. Two main pillars of this music are certainly The Church and The Blues. For this post, I’ve chosen to highlight a major pioneer of Gospel Music and of the Electric Guitar. “Two Wings” is a landmark recording from the iconic Reverend Utah Smith. This recording dates from 1944 and was originally released on the Regis record label. Reverend Smith‘s guitar playing here is easily as stunning as the giant pair of angel’s wings that he wore on his back during his electrified sermons. The drive and spontaneity in his playing perfectly complements his fiery vocal delivery. You can feel his electrified guitar majesty lifting him and his message up into the heavens!

Born in the country near Shreveport, Louisiana in 1906, Reverend Utah Smith established himself in the Church of God in Christ in 1923. By 1938, he was using an electric guitar in his sermons, with some claiming that he was the first Black man to own one.

Along with the one and only Sister Rosetta Tharpe, Reverend Smith popularized the use of this glorious instrument in Gospel Music. These two early musical titans gave rise to legions of further cultural, social and musical pioneers: many of whom we have come to know and love. The likes of Little Richard, Chuck Berry, Bo Diddley, Fats Domino and a host of others had some giant shoulders to stand on. Sending immense love and gratitude to all of the early innovators, creators, inventors and artists. They have allowed future generations to continue on thanks to their examples, guidance and enduring spirit. 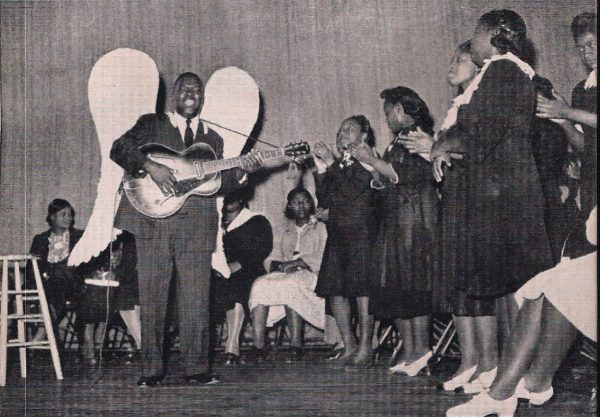