[The] album is a masterpiece of strange sounds, sharp arrangements and irresistibly tuneful grooves

From the soundtrack to the sleazy 1971 Swedish/French arthouse/ exploitation film, Mariage Collectif, “Sexopolis” finds composer Jean-Pierre Mirouze turning in some absolutely stupendous work. The film seems to center around the concept of “collective marriage” and looks like it was ostensibly a vehicle for cheaply shot softcore content shot with soft lens filters. This type of stuff was very big on the art house circuit of the late ’60s and early ’70s (think the I Am Curious films that have since been archived and memorialized by the Criterion Collection) for an idea. The music though, is really something else!

This is brilliantly weird psychedelic lounge music to be sure: the track a wash of funky beats, organ vamping and gently sweeping strings (with a certain dark undertone) before they are joined by some muted though still warm horns. The track does a number of unexpected things and manages to get pretty wild while still saying pretty chill: an impressive feat. “Sexopolis” hits that weird spot in my memory, where it is clear that it has been sampled dozens of times, but I couldn’t quite put my finger on where. Who Sampled was of some help, but does not quite seem to be fully exhaustive.

The record was one of my finds at the most recent DC Record Fair (which took place the weekend of the 26th) and wasn’t something that I had heard of before, though very much seemed like the kind of record that would fit in my wheelhouse. I’m glad I took the risk on this one, because the whole album is a masterpiece of strange sounds, sharp arrangements and irresistibly tuneful grooves. I couldn’t find a lot of information on Mirouze, but I did dig up that he was filmmaker and composer who mostly worked in French TV. 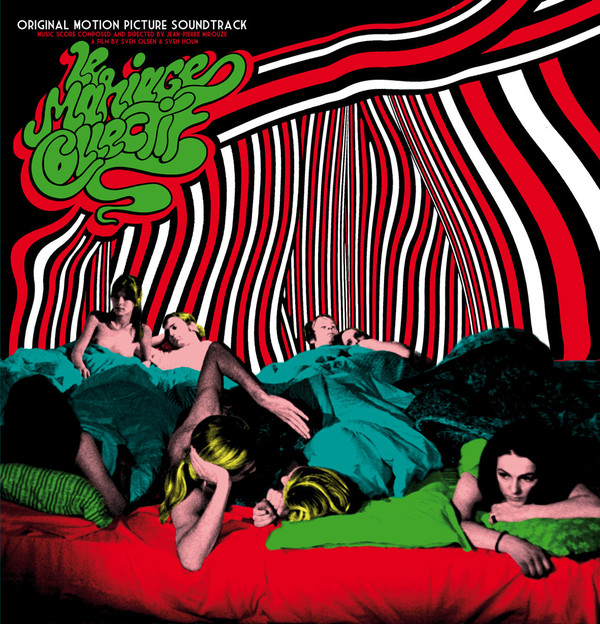