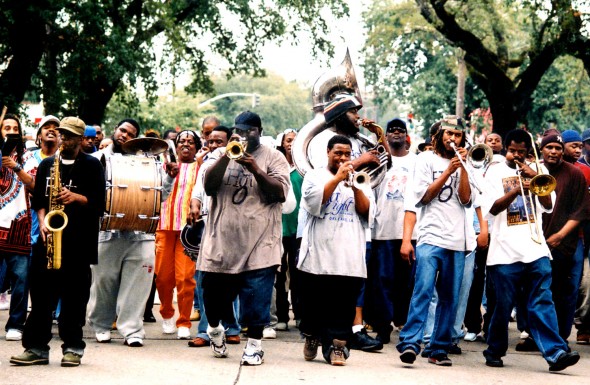 I’m just returning from a long-overdue first trip to New Orleans. On my last day in town, I headed to the historic Tremé neighborhood with some friends for a second line, led by none other than The Hot 8 Brass Band.

As the procession wound its way through the streets over the course of the day, the band hit an unending stream of strut inducing brass jams, from traditional tunes to covers like “So Fresh, So Clean” by Outkast. Towards the big climactic finish of the second line parade, they segued into their version of Marvin Gaye’s “Sexual Healing”, which was a big international hit for them when released on Tru Thoughts in 2007.