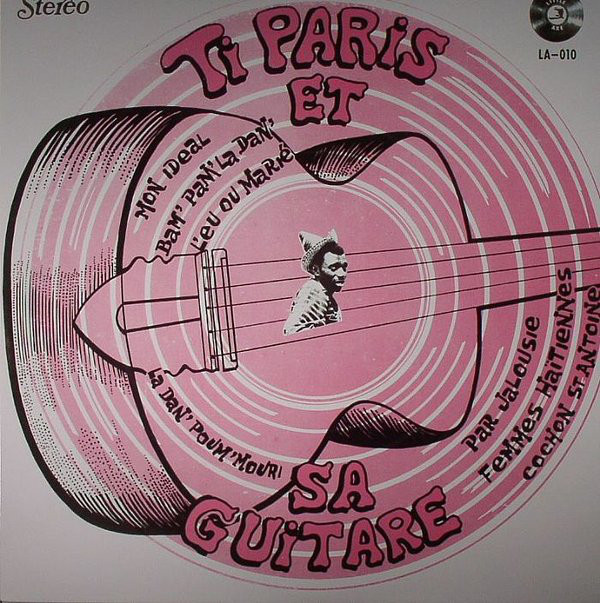 Ti Paris made a few rare recordings with his stripped-down combo in the late 50’s in Haiti. “Cochon St. Antoine” is from his 1958 album on Port-au-Prince‘s Haiti Records entitled Ti Paris Et Sa Guitare. With just his guitar and his voice, along with a maraca player and a drummer who also provide occasional back-up vocals, he serenades… for of his love of a girl, he became delirious and walked from St. Antoine all night long.  At the song’s end, he asks for his beloved to have pity on his heart and to give him her hand. Hearing his music is always a special experience, transporting me to another space and time, drawing me into its intimacy and immediacy.

Achile Paris, known under the stage name Ti Paris, was born in the year of 1933 in Jacmel and died in 1979 in that same place. He is one of the most highly regarded and influential musical figures in the history of popular and folkloric music of Haiti. He is most notable as one of the founding fathers of one Haiti’s revered musical tradition known as Twoubadou, for which he masterfully created a broad and rich foundation. His beloved songs have been covered countless times and will continue to be a wellspring for creative inspiration for all future generations. Vive Ti Paris! 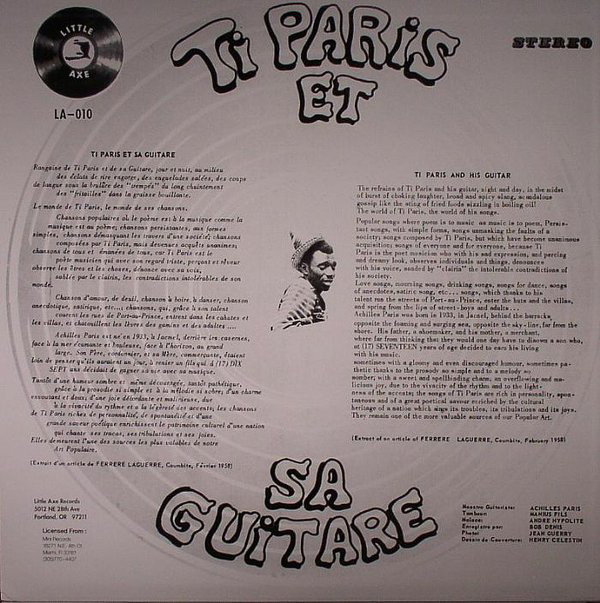