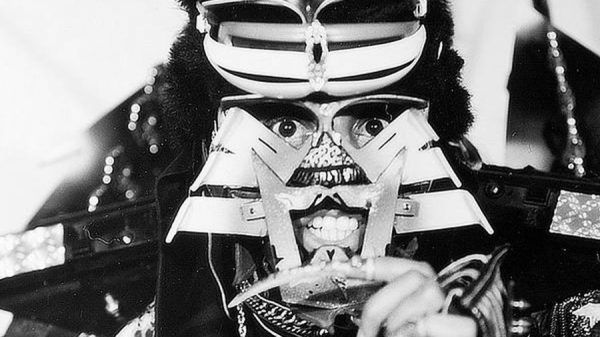 At a nice relaxed tempo, the 808 drums with live bass, guitar, violin and percussion set a perfectly punchy backdrop for the somewhat chaotic production elements and overlapping vocals to stretch out

Originally released in 1983 as a test pressing of a mere 500 copies on Haitian-American artist Jean-Michel Basquiat‘s Tartown Inc., “Beat Bop,” brings multiple worlds together in sweet reverb-drenched harmony. This panorama of NYC street life began as an argument over who could out-rap, out-dance, and out-paint who, between Basquiat and fellow artist, RAMMELLZEE. Basquiat was supposed to rap on the track, but when it became apparent that his lyrical skills were not quite up to par, a 15 year old microphone ‘terrorizer’ named K-Rob took over. Basquiat, who provided the cover art and who footed the bill for the session, is listed as Beat Bop’s sole producer. It has been revealed through numerous first hand sources, that additional musical direction and production elements were provided by none other than Fab 5 Freddy. At a nice relaxed tempo, the 808 drums with live bass, guitar, violin and percussion set a perfectly punchy backdrop for the somewhat chaotic production elements and overlapping vocals to stretch out for over ten minutes. The grooves are nearly worn out on my 12″ copy, its gotten so much play over the decades–usually early in the evening or at the very end of a long night. Enjoy!

The early 80’s in NYC were a fertile time for visual art, dance, music, fashion, lingo, and cross-cultural movements to form and eventually to explode on a global scale. Hip Hop culture incorporates all of these elements and more. The early pioneers and players were literally creating new languages. RAMMELLZEE (1960-2010) is a perfect example of this. Hailing from Queens, this marvelous maverick of a man, was a graffiti writer, a visual artist, a Hip Hop artist, a performance artist, a sculptor, an Afro-futurist, a Gothic-futurist and an art-theoretician. Jean-Michel Basquiat was instrumental, along with folks such as Debby Harry, Keith Haring, and Michael Holman, in giving the movement exposure in the downtown NYC art circles and beyond. K-Rob has led a much more mysterious and low-profile existence, but is still widely regarded as an early Rap pioneer and freestyle genius. There is so much more to the story! 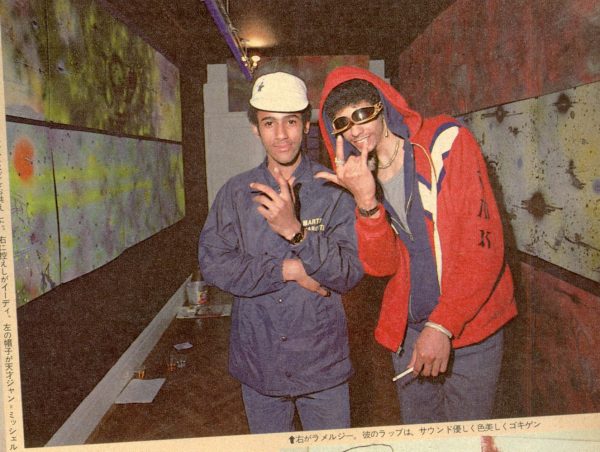