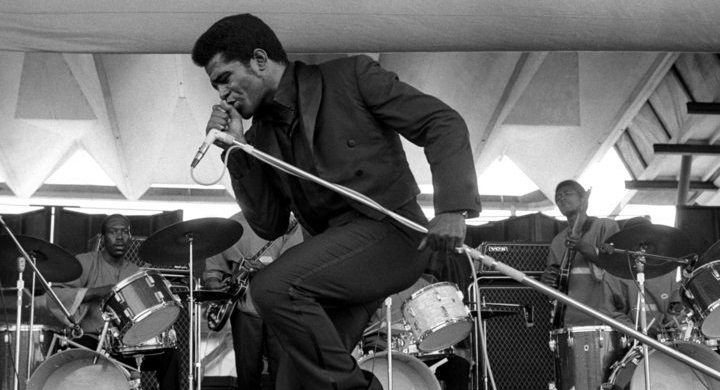 Song of the Day: James Brown “Don’t Be A Dropout”

With the new school year just around the corner, the children of the DC area are likely letting out a collective groan of terror. But as the Godfather of soul himself, the immortal James Brown makes clear from this 1967 single, “Without an education/ you might as well be dead”. “Don’t Be A Dropout” is a cautionary tale that you can dance to which documents the virtues of school and laments what might be for those who turn away from school. The song was part of a slate of soul tracks released in the late ’60s addressing social ills and earned Brown the dubious distinction of being honored by then vice president (who would subsequently resign in a bribery scandal unrelated to Watergate) Spiro Agnew in 1969.

No matter the political hay subsequently made about it, “Don’t Be A Dropout” is deeply infectious, featuring Brown and his band at the peak of their powers. The drumbeat is is one of the funkiest laid down by original funky drummer, Clyde Stubblefield while the horn section does well to punctuate the borderline apocalyptic tale that James Brown spits about the social ills and limited prospects faced by the uneducated. It all comes to a head on the call and response chorus:

Tell me one more time, people, now
What do you say?
Without an education
You might as well be dead

Given the future as a dropout that Brown intones, school really doesn’t sound so bad at all. 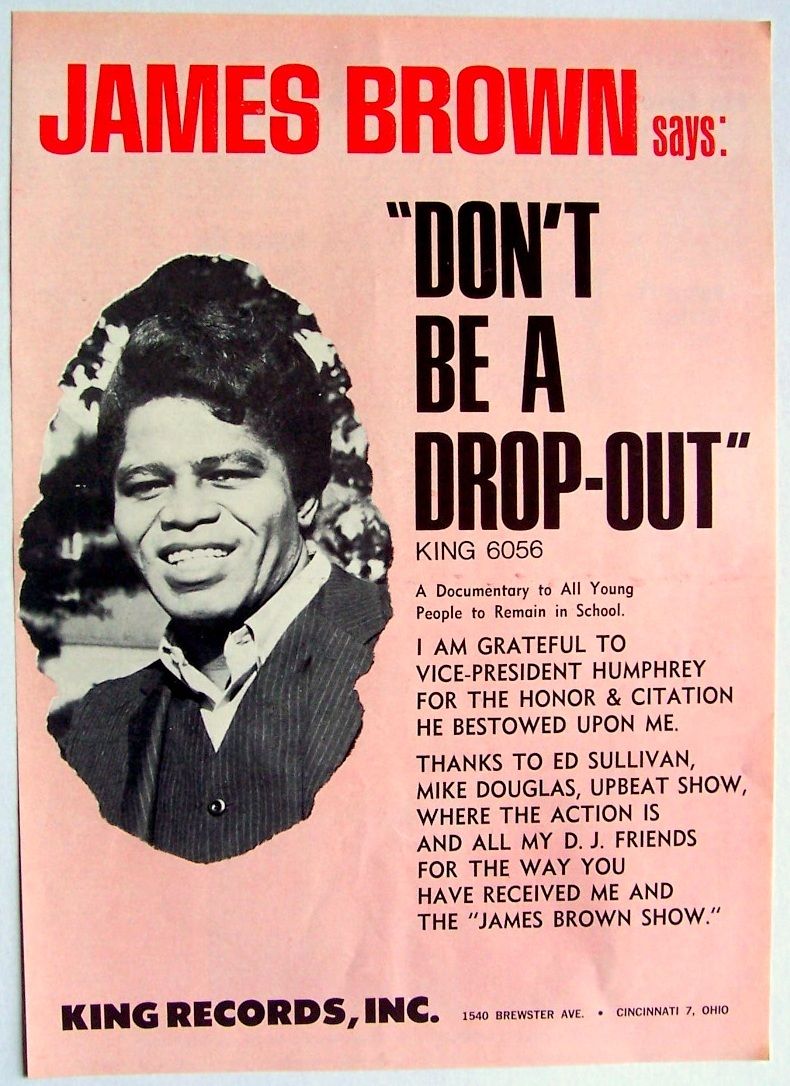