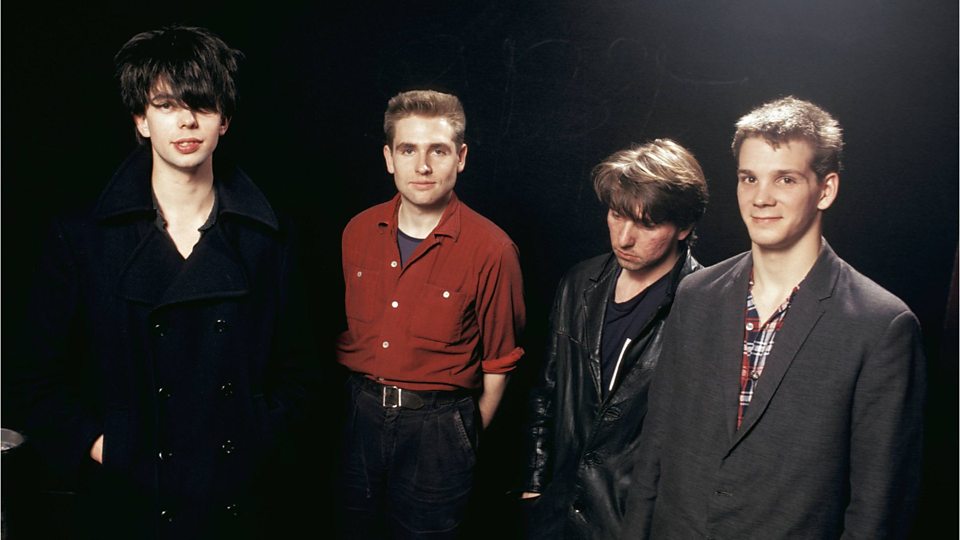 Song of the Day: Echo and the Bunnymen “Never Stop (Discotheque)”

Self-described makers of the “the greatest album ever made”, Liverpool-based Echo and the Bunnymen were standard bearers of UK post-punk and just about lived-up to their incredible self-confidence. With their mild psychedelic stylings, embrace of dance pop and dark yet searching lyrics (matched by the band’s reliance on raincoats in promotional photos) Echo are a band that still appeal to college radio DJ’s today.

“Never Stop (Discotheque)” is a great 1983 single by the group that can be viewed as something of their response to the unbridled UK popularity of New Order. The song opts for the unlikely combination cellos and synthesizers (to great affect!) before Will Sergeant‘s whammy-bar equipped guitar and singer Ian McCulloch‘s characteristically soaring vampire vocals enter the fray.

The single remains one of Echo‘s very best. Indeed, it almost even lives up to the swaggering self-confidence with which the group comported itself. It also came backed with the original demo recording of their hit, “The Cutter”, which manages to sound less like the produced LP Porcupine on which the final version of the song can be found and more like the band’s scrappy, debut LP Crocodiles.

Despite some twists and turns, including the death of original drummer Pete de Freitas in a motorcycle accident, the departure of bassist Les Pattinson and a decade-long split following intense friction between McCulloch and Sergeant, Echo and the Bunnymen remain active, both touring and periodically releasing new work to their devoted followers.