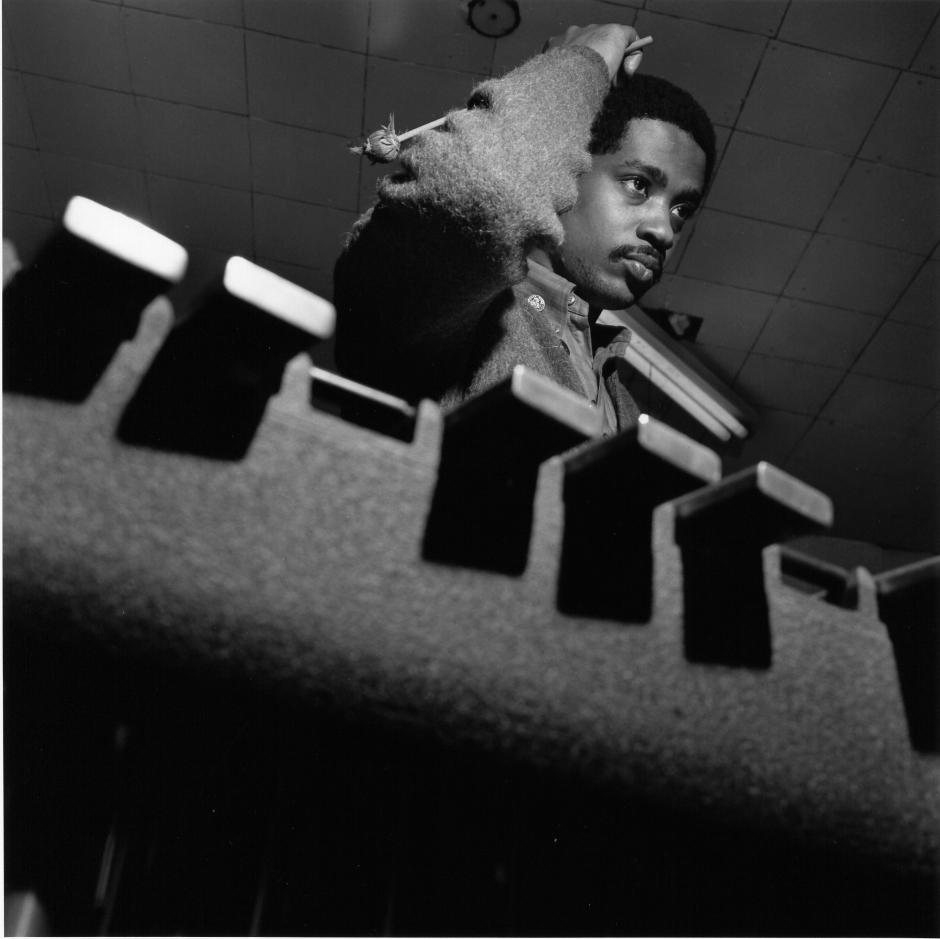 Appearing on Bobby Hutcherson‘s debut LP as a leader, Dialogue, “Catta” is a rip-roaring Latin Jazz masterwork. The song was written by the stellar Andrew Hill (who also lends his piano talents to the LP) and plays to Hutcherson‘s strengths as an improviser. The pulsing rhythmic line entwines seamlessly with the melody, and as the title of the LP suggests, creates an almost seamless dialogue between the two parts. This is a great jumping off point if you want to start to listen to some progressive jazz. Things get a bit “out” but always remained tethered to the melody and irresistible rhythm.

Indeed, the group assembled for Dialogue are some of the brightest lights of the era in jazz, and many of these guys had played together so often and on so many records, it’s almost as if they have ESP. Freddie Hubbard and Sam Rivers lead the front line with aplomb, with Rivers in particular, frequently abetted by Hill pushing the music into outer space. Everything remains anchored by the Richard Davis‘ powerhouse bass and Joe Chambers‘ subtle drums.

Bobby Hutcherson was born in Los Angeles in 1941. His father was a mason and his mother a hairdresser. He was first exposed to jazz by his older brother, Teddy who would play Art Blakey records and who was friends with the great tenor sax player, Dexter Gordon. His older sister, Peggy Hutcherson, went on to a career as a singer in the Gerald Wilson Orchestra. His sister proved to be an important musical door for Hutcherson, helping to gain early recording dates with Wilson and eventually introducing Hutcherson to his great musical mentor, Eric Dolphy (who she was dating at the time).

Through Dolphy, Hutcherson learned to start pushing jazz into a more “free” direction and his vibes appear on a number of Dolphy records, including on Dolphy‘s 1964 magnum opus, Out To Lunch. Hutcherson enjoyed a long and storied career in jazz, both as a sideman and as a leader. He sadly died in 2016 at the age of 75. He remains one of the greatest to ever play the vibes.