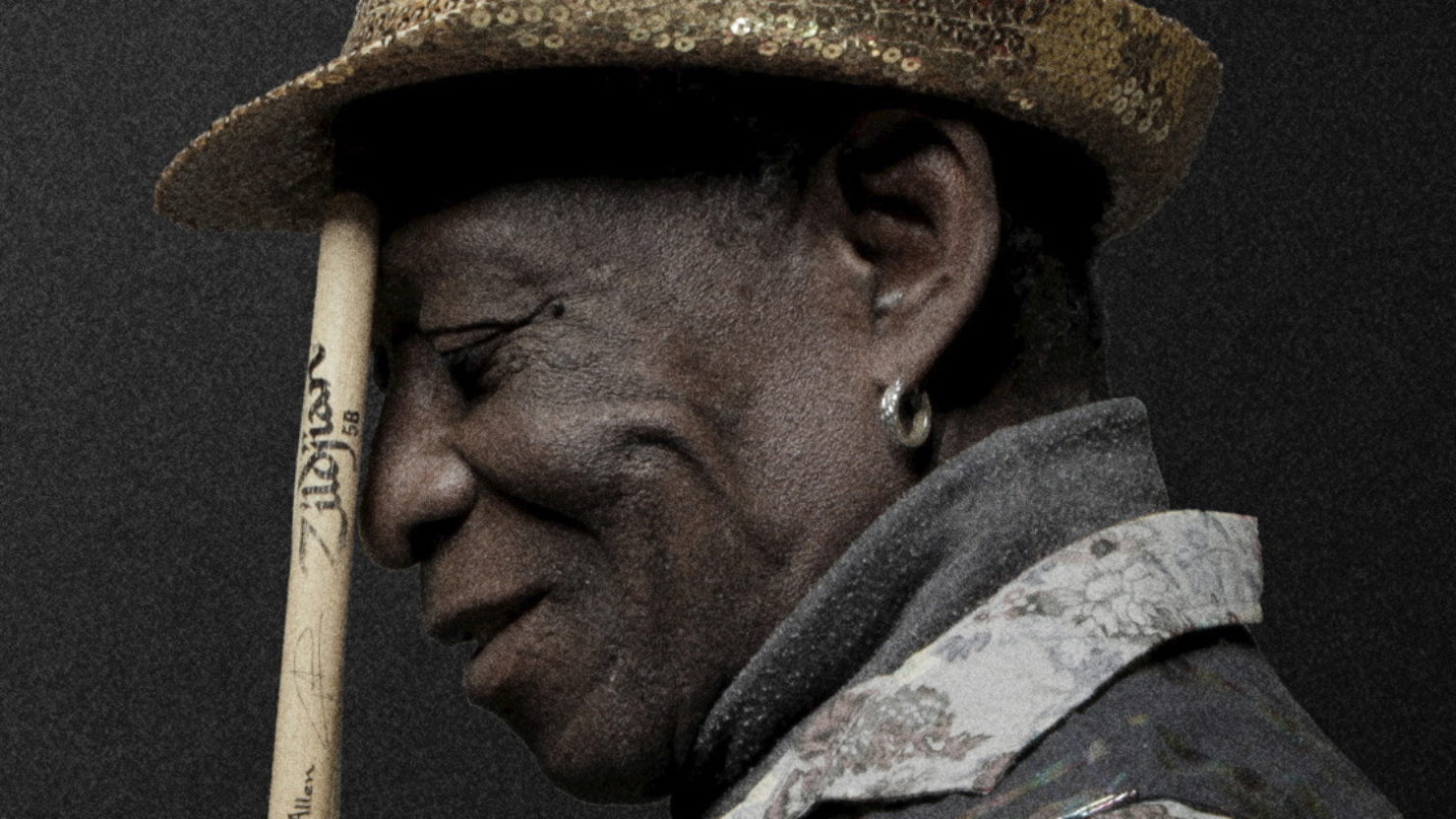 If you ask drummers who the greatest to ever sit behind the kit was, a handful of names would pop up. One that would always stand out near the top of any such list would assuredly be that of the great afrobeat drummer, Tony Allen. Allen, who tragically passed away yesterday at the age of 79, was a musical pioneer and a true master musician. Polyrhythmic in his approach, Allen could do the work of a whole percussion section on his own. Behind the kit for Fela Kuti (where he made his name) or in running his own bands, Allen was a phenomena.

Tony Oladipo Allen was born in 1940 in Lagos, Nigeria. The largest City in West Africa, Lagos was (and remains) a hot bed of West African musical culture – as well as just about everything else you could imagine, either good or bad. Allen was interested in music from a young age but did not start playing the drums until he was 18. A self-taught drummer, he managed to hone his skills while working as an engineer at a radio station in Lagos. While initially influenced by Jùjú, a popular Yoruba music style, Allen‘s work at the radio station allowed him access to a large number of American jazz records that were starting to appear in Nigeria.

Allen began studying the drum playing on these jazz LPs, listening to greats such as Max Roach and Art Blakey and incorporating what they were doing into the Jùjú-influenced style he had developed. Allen was eventually hired to play in a number of highlife bands and built a career as a formidable and adventurous drummer.

His time as a sideman in the highlife band, Cool Cats, was what brought him into contact with a young saxophone player, Fela Kuti. Kuti had also been a sideman in the band and talked to Allen about forming his own group, which would fuse jazz with highlife. He thought Allen was a unique player who would be an ideal addition to the group and asked him to join. And thus, beginning in 1964, Allen became a founding member of Kuti’s “Koola Lobitos”, eventually to be renamed Africa 70.

With Fela changing the name of the band to Africa 70 (in response to the tumult that consumed Nigeria throughout 1969) he also opted for a more radical sound. The result was mix of heavy-groove oriented music, Yoruba polyrhythms and jazz. The resulting sound proved to be both a hit, not just in the band’s native Nigeria, but across the African continent and eventually in Europe and the Americas.

Allen recorded more than 30 albums with Fela Kuti but the two would eventually fall out as a result tensions growing in the band and arguments over royalties and rights becoming the norm. After recording 3 LPs as a bandleader himself in the mid-’70s Jealousy (1975), Progress (1977) and No Accommodation For Lagos (1979), Allen would leave Fela Kuti‘s group to front his own band, taking many other members of Africa 70 with him.

Allen released No Discrimination in 1980 and continued to front his own group around Lagos until 1984 when he decided to move to London. Once relocated to Europe, Allen would further refine and make contemporary the afrobeat sound: bringing in additional influences including dub, electronics, rap and other influences. He collaborated with a large number of Western artists, including Damon Albarn (with whom he would form the rock supergroup, The Good, The Band & The Queen), Air, Sébastien Tellier, Charlotte Gainsbourg, Jarvis Cocker and more.

He also was involved in the Red Hot + Riot tribute project to Fela Kuti following Kuti‘s death from complications related to HIV/AIDS in 1997. Another highlight from this period was Allen‘s 1999 LP, Black Voices and the accompanying remix albums. On that record, Allen fully embraced dub and electronics, creating a hyper modern fusion of the music he made with Fela Kuti as well as the state of the art of the time.

Allen continued to record prolifically right up until the end, releasing dozens of albums over the last several decades. A recent highlight was a 2017 EP he recorded for Blue Note records, A Tribute to Art Blakey & the Jazz Messengers on which Allen reinterpreted works by the great jazz drummer, Art Blakey who had inspired him.

Tony Allen was an absolute legend of a drummer was integral to the foundation of afrobeat music. Without his incredible skills behind the kit, his incredible ability to keep multiple times and his willingness to always push music forward, it is unlikely that afrobeat would have been quite the phenomena that it was. While Allen enjoyed a long and impressive career, his incredibly vibrancy and relentless work rate makes it hard to believe that he is gone. He had released an album of recordings he had done with the great South African jazz trumpeter, Hugh Masekela (who himself died in 2018) earlier this year, entitled Rejoice.

RIP Tony Allen. A sad farewell to indisputably one of the very best to ever sit behind the drum kit. 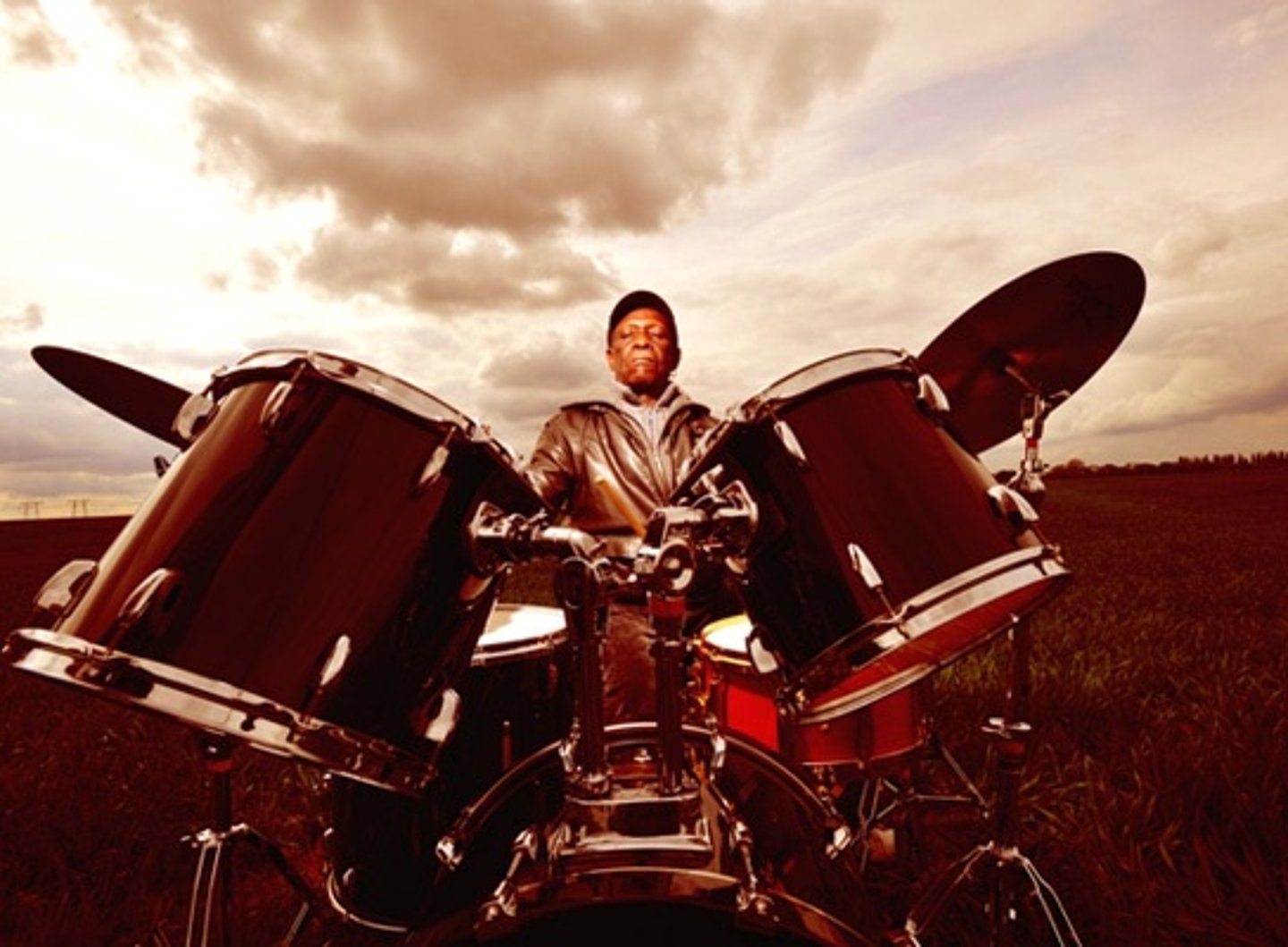