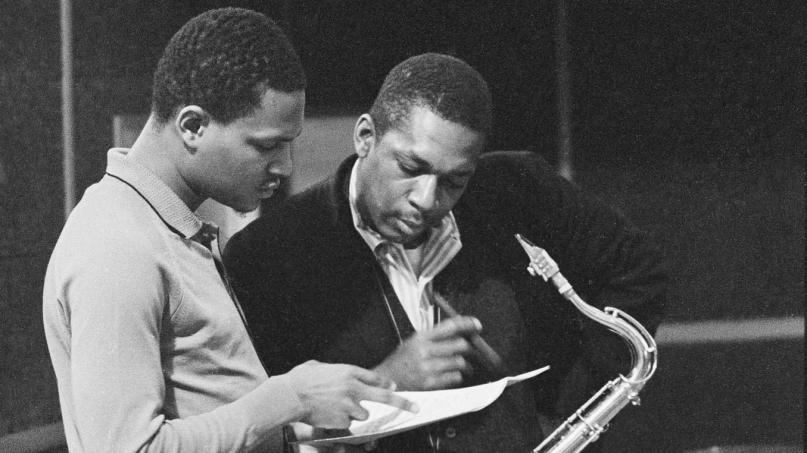 Song of the Day: Blondie “Dreaming”

A great accompanist, [Tyner] would bring out the best in both his own playing and in those who he worked

The last few weeks have found us realign from the deaths of a number of prominent and important musicians, and the hits just keep on coming with the death of the great jazz pianist McCoy Tyner over the weekend. Tyner was a powerhouse musician who, while best known as a key member of John Cotrane‘s classic quartet of the early 1960’s, forged a brilliant career in jazz as a leader on his own. His parting leaves behind a huge hole and a lot of warm remembrances in the jazz world.

McCoy Tyner was born in Philadelphia in 1938. The oldest of three siblings, he was encouraged to study music by his mother and early age when he showed a keen interest and aptitude. Taking up the piano as a teenager, Tyner rapidly progressed at the instrument, leading his own band, The Houserockers, as a teenager. Developing a highly technical piano style influenced by the great bebop pianist, Bud Powell, Tyner (like all great jazz men) was quick to develop his own iconoclastic voice, merging the technical facility and lengthy melodic runs of Powell with his own harmonic sense, built specifically around 4th voicings.

While Tyner was originally discovered as a top-notch player in 1960 when he joined The Jazztet led by Benny Golson and Art Farmer, he would leave this band within 6-months at the behest of John Coltrane to help form what would come to be known as the “Classic Quartet”. Coltrane had only recently set-off on his own after a prolonged and storied time as a sideman in Miles Davis‘ first classic quintet. Looking to push music forward in his own direction, Coltrane needed who were up to his vision and who could bring their own musical ideas as well. Tyner, an agile and powerful player (able to keep up with the “sheets of sound” being produced by Coltrane, the explosive drums of Elvin Jones and the low-register bass rumble of Jimmy Garrison) proved to be a perfect addition.

Tyner played with Coltrane continuously between 1960 and 1965. His playing style developed alongside Coltrane‘s and with the group continuously practicing, recording and touring, music became all-consuming. Tyner playing can be heard on on such classics as My Favorite Things (1961) “Live” at the Village Vanguard (1962), Ballads (1963), Live at Birdland (1964), Crescent (1964), A Love Supreme (1964), and The John Coltrane Quartet Plays (1965). Tyner was important musical voice to not just Coltrane‘s music, but to the music of the wider Impulse! label that the band became flagship members of in 1961.

Indeed, when Tyner left Coltrane‘s band in 1965 (when Coltrane began experimenting with a two-drummer set-up that left Tyner feeling like he couldn’t be heard anymore), Coltrane never worked with another pianist again, viewing Tyner‘s conception of the instrument as singular and irreplaceable.

After he left Coltrane‘s group, Tyner began rehearsing his own bands and struck-out as a leader. He recorded a number of classic sides for Blue Note between 1967 and 1970, with The Real McCoy (1970) and Expansions (1968) major highlights, before signing to Milestone Records in 1970 and continuing to write and record. Tyner really began to come into his own as a composer, writing thrilling post-modal pieces and working with a veritable Who’s Who of forward-looking jazz players.

Tyner continued to write, record and tour until the end of the last decade. Never venturing into purely commercial territory (like many of his peers), he also remained committed to the acoustic piano never experimenting with synthesizers or electric instrumentation. This is not to say that Tyner did not change with the times or adapt his playing, but his core musical identity and philosophy remained remarkably consistent over the years.

His last major studio album, Guitars, released in 2008 found Tyner performing a series of duets with a number of prominent and frequently experimental jazz guitarists (including Marc Ribot and Bill Frisell, Derek Trucks, John Scofield and banjo-player Bela Fleck) with thrilling results. A straightforward live album, recorded in San Francisco, followed in 2009 which proved to be his final recording date as a leader.

While plagued by ill-health for the last several years, he was able to put in a memorable cameo appearance (as himself) in an episode of the David Simon HBO series, Treme. Though he had been musically inactive over the last several years, Tyner‘s death still comes as a tragedy. He was one of the very greats to ever play the piano and his contributions of modern jazz are manifest. A great soloist and a great accompanist, he would bring out the best in both his own playing and in those who he worked. RIP McCoy Tyner. 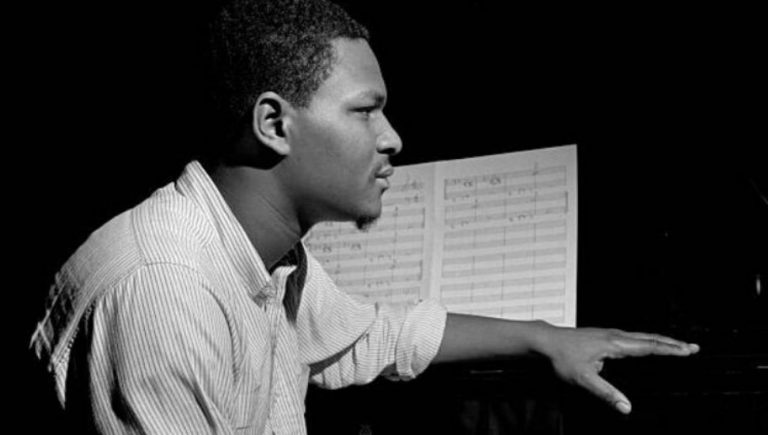