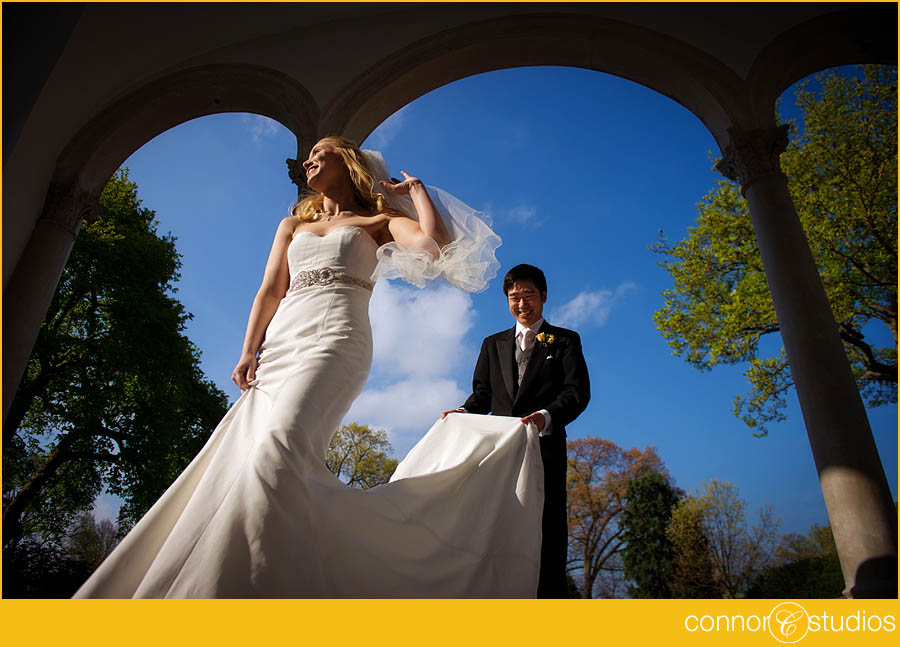 a light-filled ceremony, accompanied by Bach and Mozart

Last weekend Lisa and Ron celebrated their wedding at the Congressional Country Club in Potomac, Maryland. We were there to get the happy couple and their guests on the dance floor. The setting was beautiful, opening out to a massive terrace overlooking the greens and treeline. The event was planned to perfection by Terri Eaves of Bash, with assistance from Sarah Nester. Thank you to Connor Studios for the marvelous images seen here that captured the event so beautifully!

Ron and Lisa’s ceremony took place in the sunroom, flooded with late afternoon sunlight, and presided over by Ron’s cousin. Sterling Artists provided a lovely string program featuring Bach and Mozart to accompany the ceremony. 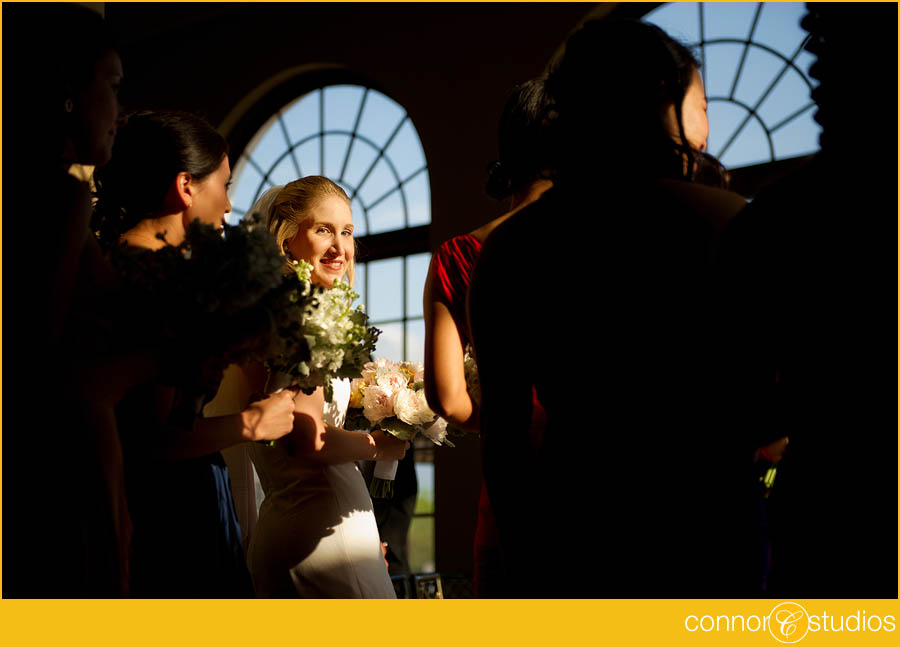 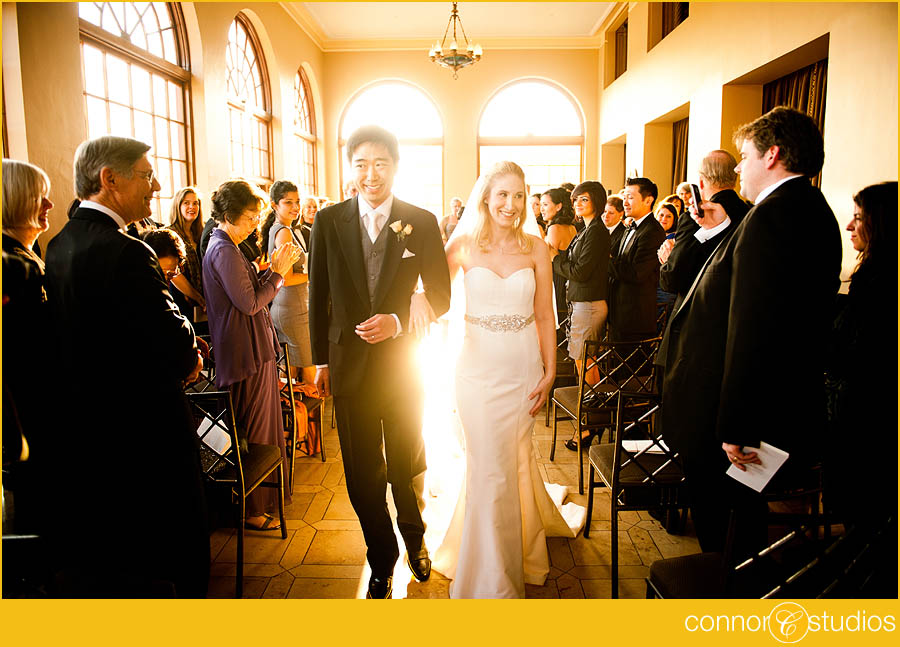 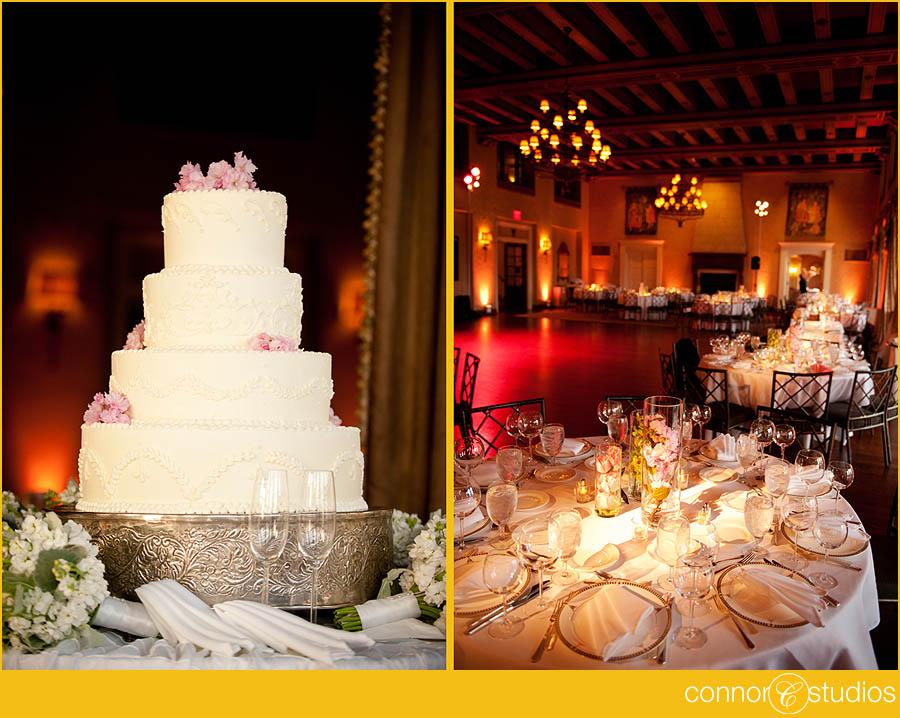 Guests enjoyed cocktails, again accompanied by Sterling Artists, in the Congressional Room before finding their seats in the well-appointed ballroom. Pink tulips and roses were artfully arranged in clear glass bowls and vases by Philippa Tarrant Floral Design. The tudor-inspired architectural details of the room were accentuated by the color washes of John Farr Lighting. Lisa and Ron had their guests’ undivided attention as they performed their first dance to “Lucky” by Jason Mraz. 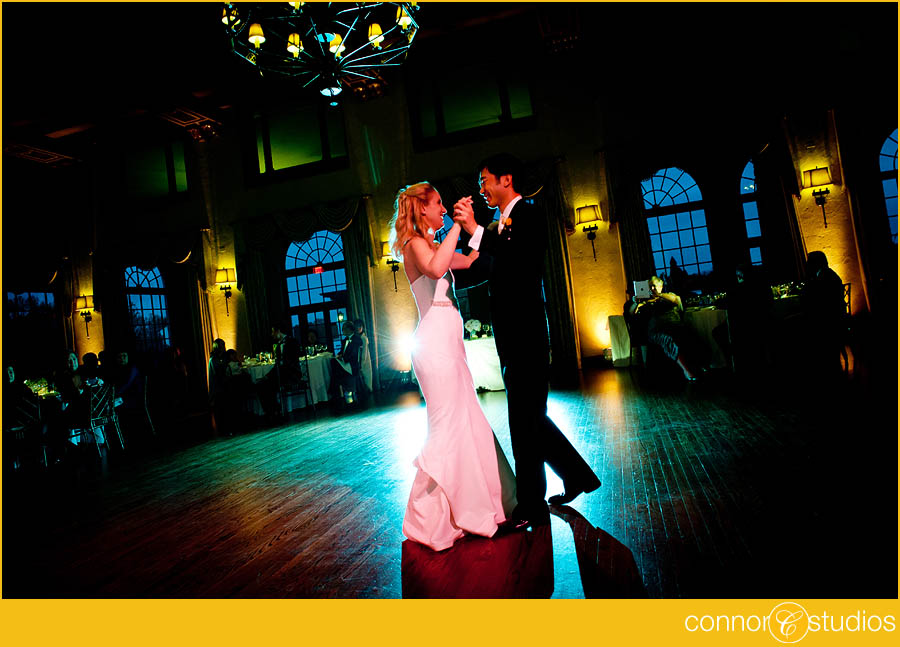 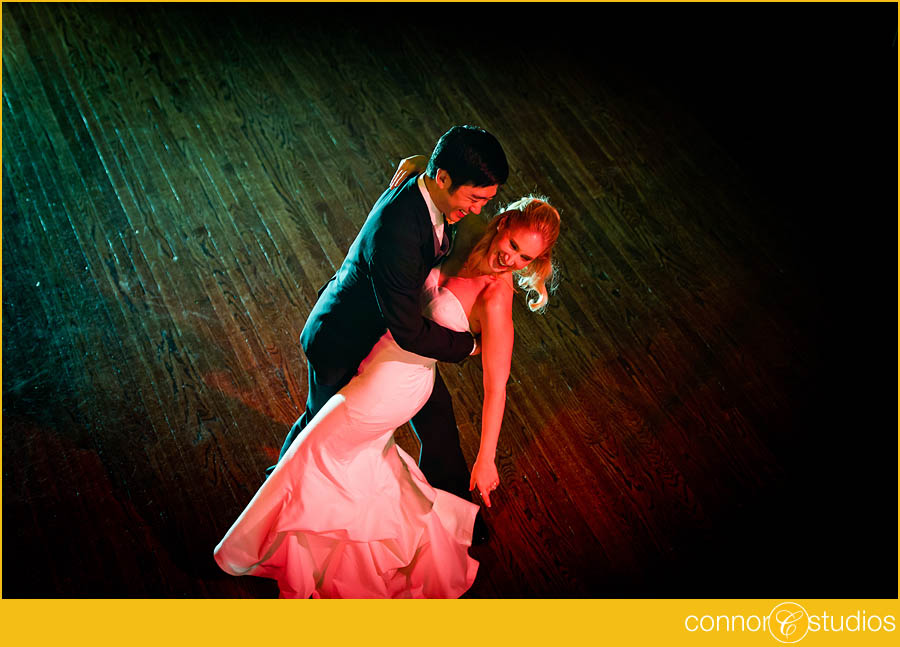 Lisa’s father offered a traditional Jewish wedding blessing, ending with the breaking of the glass, to a rousing “Mazel tov!” The guests all joined in a hora, to The Klezmer Lounge Band‘s version of “Hava Nagila” and raised the joyful Ron and Lisa in their chairs. They kept it going to The Klezmatics‘ “Bulgar A La Klezmatics.” 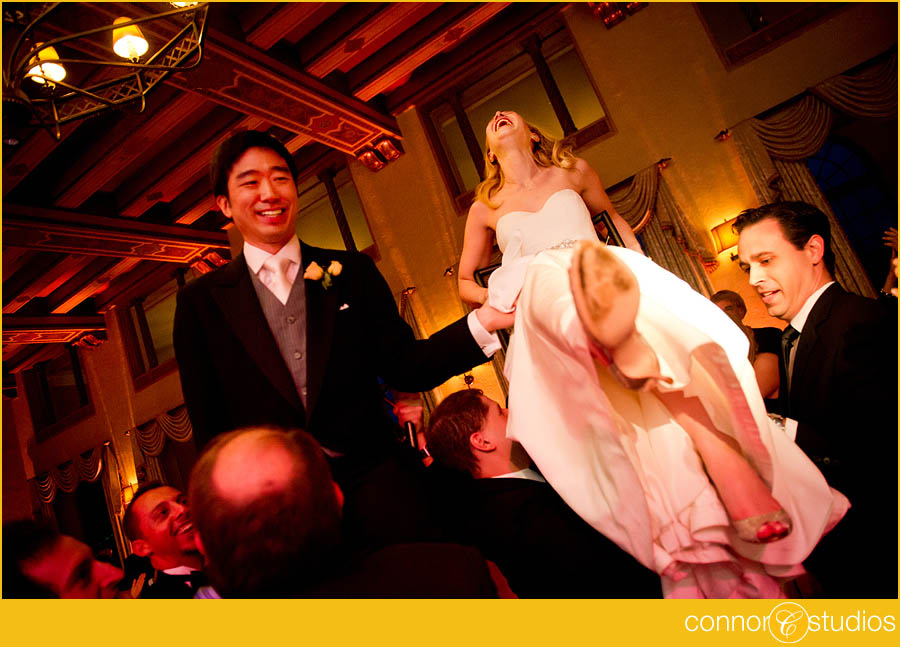 By request of Lisa and Ron—who were excited about their honeymoon in Hawaii—music from and inspired by the Hawaiian islands provided the unique soundtrack for dinner. We started with some classic Frank Sinatra “Blue Hawaii,” and a few from the wonderful soundtrack to The Descedants (“Hi’ilawe” by Sonny Chillingworth and “Ka Makani Ka’ili Aloha” by Gabby Pahinui), and Elvis Presley‘s “Aloha Oe” and “Blue Hawaii” from the Blue Hawaii soundtrack. Daryle even dug into the vaults for “Steel Guitar Boogie” by Bernie Kaii & His Hawaiians (played from a rare original 10″ EP). 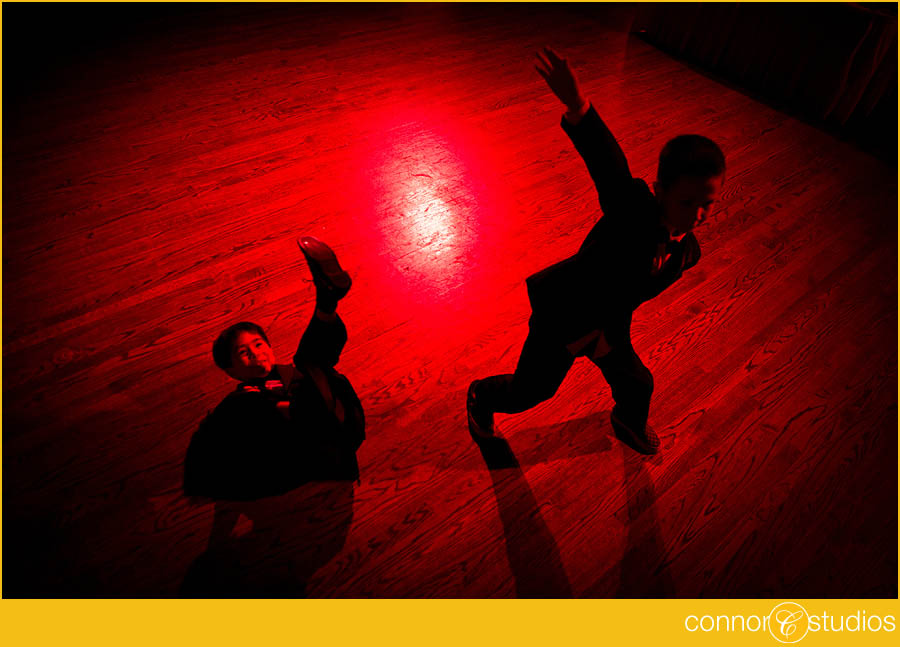 Foster the People, Santana, and Weezer

The dancefloor opened with Stevie Wonder‘s “Signed, Sealed, Delivered I’m Yours” and “Jungle Boogie” by Kool & The Gang. We heard the “I Heard It Through the Grapevine (Sympathy for the Grapes Mix by the Randy Watson Experience)” by Gladys Knight & The Pips, “Pumped Up Kicks” by Foster The People (a request for one of the younger guests), and “Smooth” by Santana & Rob Thomas. We got a little Weezer – “Island in the Sun” (which worked surprisingly well!) and Michael Jackson’s classic “Billie Jean.” 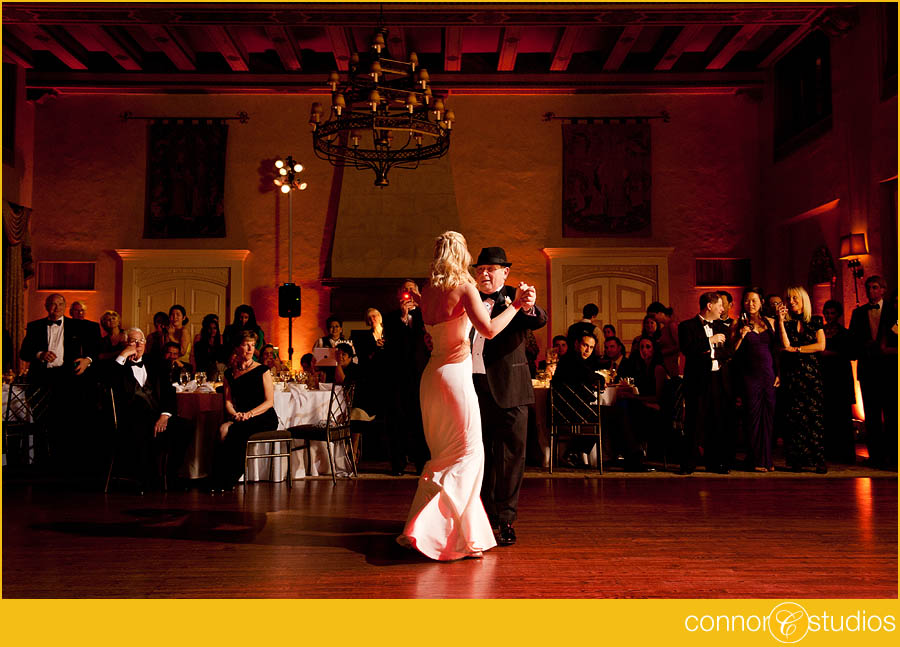 Lisa and her father had the floor to themselves for a delightful Tango to “Por Una Cabeza” by Carlos Gardel. Then Ron and his mother danced beautifully to “Can’t Help Falling in Love” by Elvis Presley (coincidentally from the Blue Hawaii soundtrack). 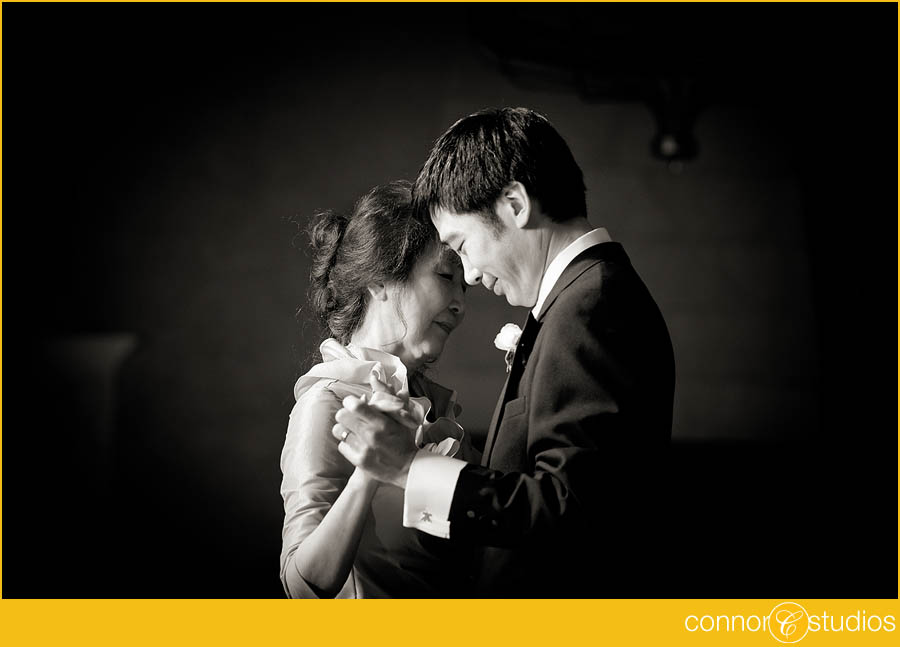 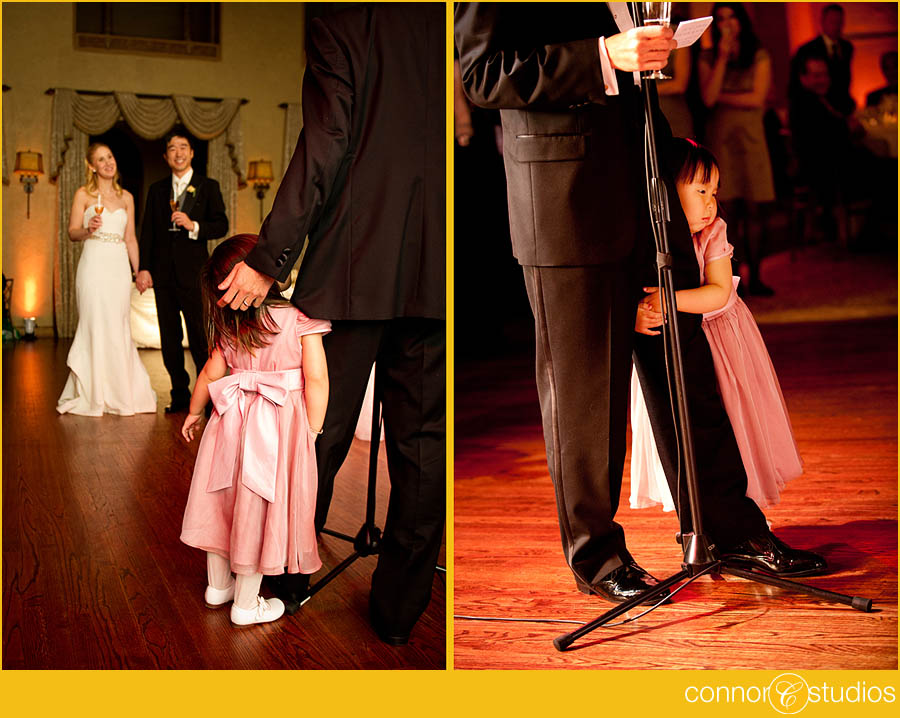 Two of Lisa’s closest friends compared notes about her for a funny and heartfelt toast. Then Ron’s brother offered a “Way to go!” for bringing Lisa into the family and raising their average IQ. Ron and Lisa cut their cake before Mariachi Los Amigos paraded into the ballroom. They played beautifully – helped out on a few songs by Lisa’s father and other guests. 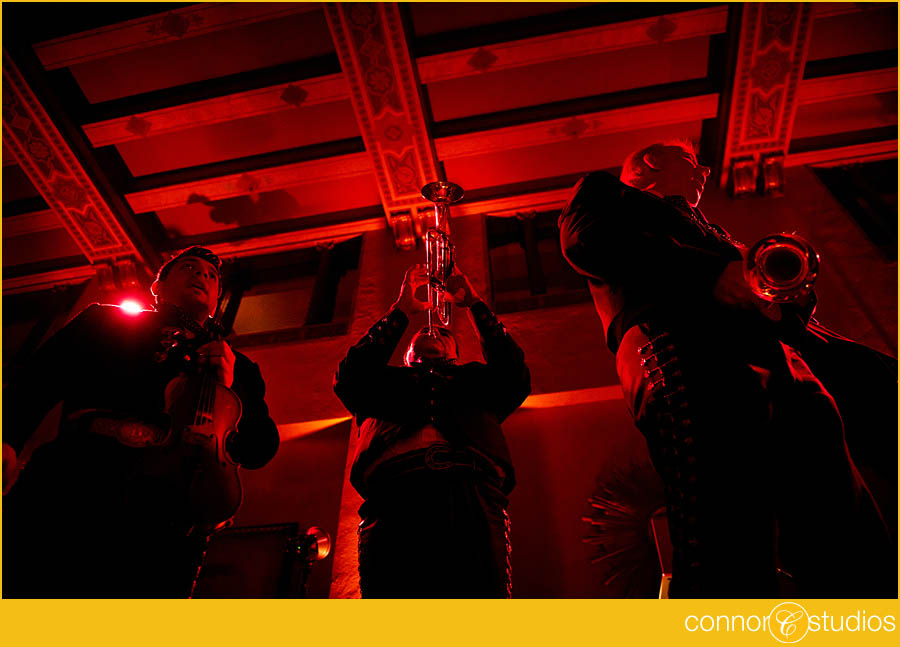 Guests were beckoned back to the floor with Lady Gaga‘s “Just Dance,” Edward Maya & Vika Jigulina’s “Stereo Love,” and “You Keep Me Hanging On (The Apple Scruffs Edit)” by The Supremes. The crowd got crazy to Duck Sauce‘s “Barbra Streisand” and “Like a G6” by Far East Movement, followed by LMFAO‘s “Sexy And I Know It.” The good times kept rolling with “You Should Be Dancing” by the Bee Gees and Cobra Starship‘s “You Make Me Feel…” A request came in for “I Gotta Feeling” by The Black Eyed Peas, followed by another request for “Separate Ways” by Journey. 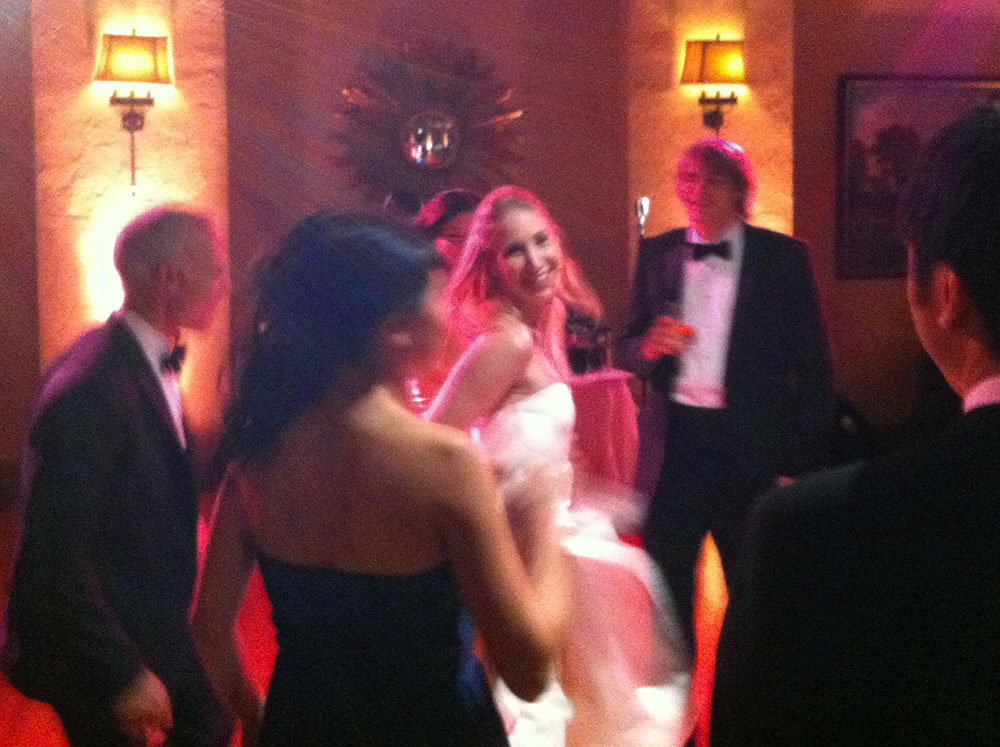 Someone recognized the [inadvertent, we swear] Quentin Tarantino musical thread that started with Kool & the Gang (“Jungle Boogie” from Pulp Fiction), continued with Stealer’s Wheel (“Stuck in the Middle With You” from Reservoir Dogs) and was finished with their request for Santa Esmeralda (“Don’t Let Me Be Misunderstood” from Kill Bill Vol. I). A blend from the latter into the thumping soul of Adele’s “Rumor Has It” went over big, followed by a Todd Terry remix of “Missing” by Everything But the Girl. The night ended on a happy ukelele note with Israel Kamakawiwo’ole‘s version of “Somewhere Over the Rainbow”. It was a great time for everyone – congratulations to Lisa and Ron! 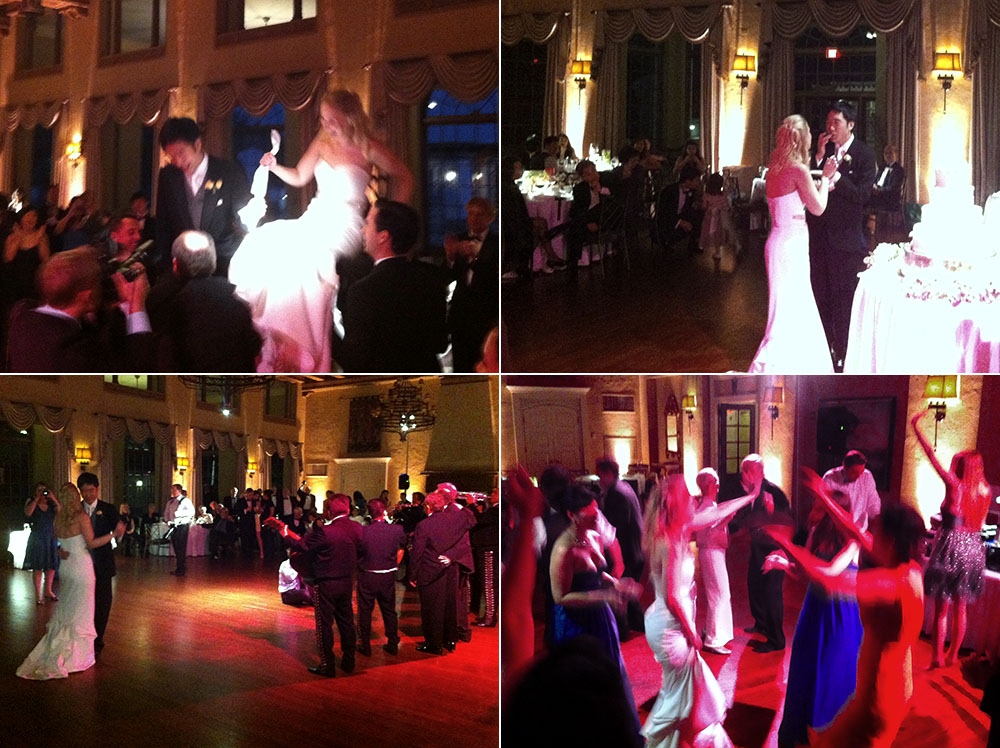