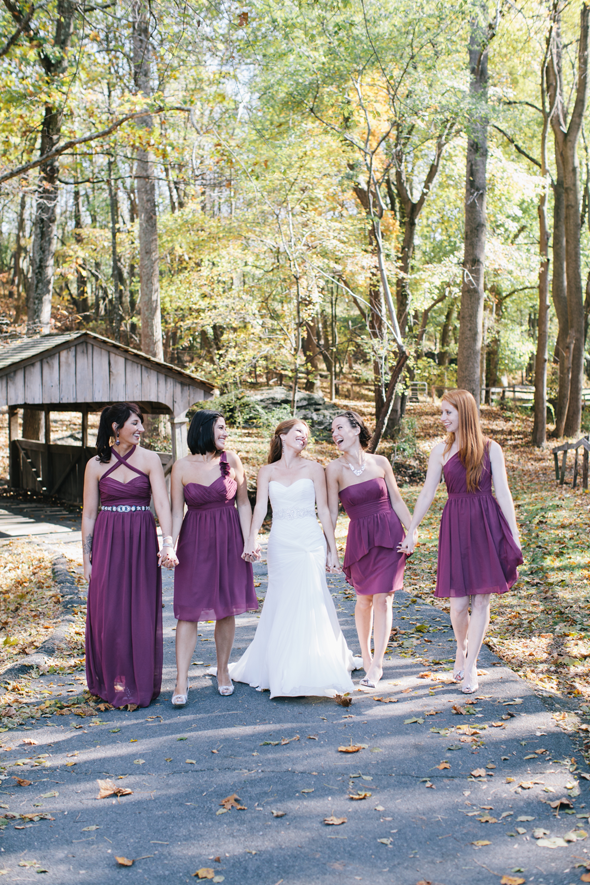 I have a fondness for Smokey Glen Farm, its rustic setting, amazing food, super-friendly staff, and the vibe which always seems to be right on. When I arrived on that late October afternoon the weather was a little bit chilly but the sun was out and felt great. I set up for the ceremony which was out in the back field. Some speakers, mics and a little set up for their friend whom played and sang for the ceremony and we were ready to go. 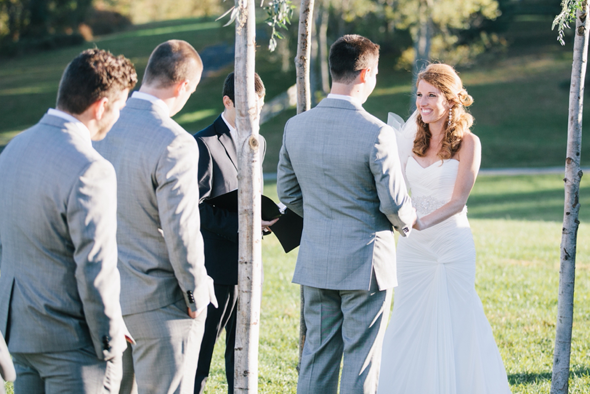 After a lovely ceremony we moved over next to the barn for the cocktail hour, I played a collection of classic soul like Al Green, Bill Withers and even some newer stuff like Fitz & the Tantrums. As the sun dipped down everyone started huddling into the main barn a little early, so I set up and started some dinner music for the evening. We soon had everyone inside the barn and it was time for the introductions. I introduced the wedding party to The Darkness “I Believe In A Thing Called Love” and then everyone sat down and I announced the tables for the buffet. Smokey Glen Farm specializes in BBQ and it’s amazing every time. 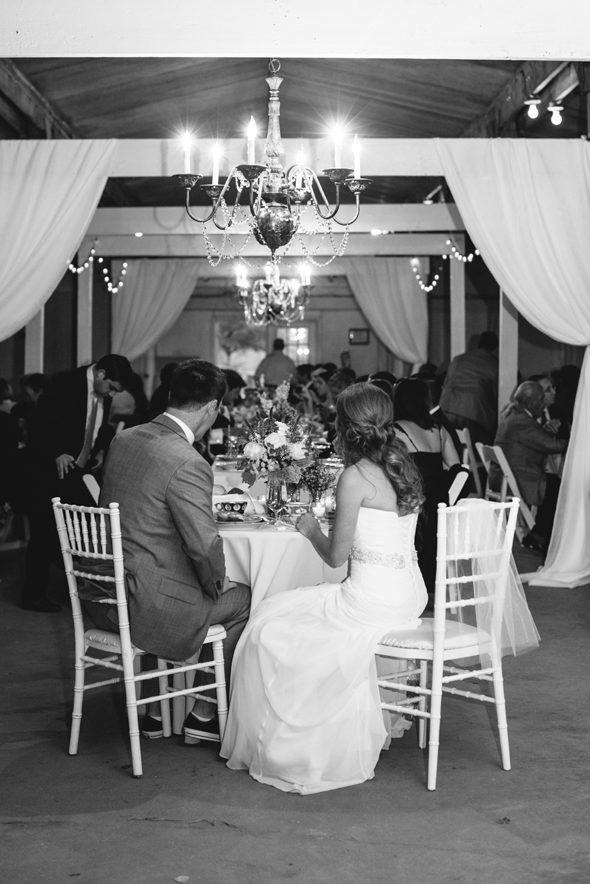 As dinner was winding down we had a couple of toasts, first from Chad’s father then the Maid of Honor and Best Man, whom all gave very warm and sweet toasts which really fit the vibe of Jen and Chad. After dinner ended it was time for the first dance which was to Otis Redding “Glory of Love” and then the father / daughter dance which was James Taylor & Joni Mitchell “You Can Close Your Eyes”. We quickly cut from Joni into Michael Jackson‘s “Wanna Be Starting Somethin” as a surprise to Chad and the guests. Jen and her father’s special dance routine went over really well. Finally Chad danced with his mother to a song that he wrote, performed and recorded for her for Mother’s Day a few years ago. 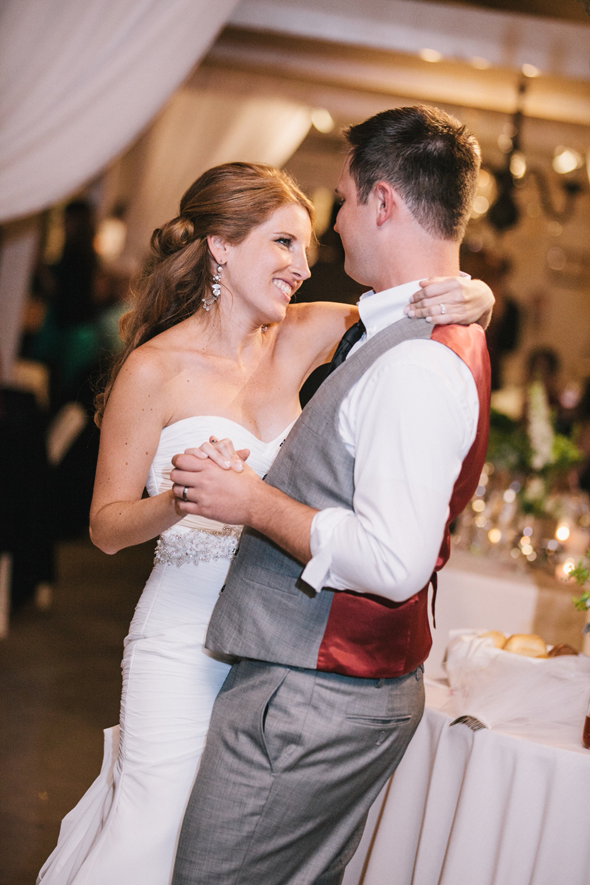 For dance time I started with some Motown classics and really got the party going when I dropped James Brown’s “I Got You (I Feel Good)” and then moved into some ’80s classics. About an hour into dance time we broke for pie and I played Bill Withers “Lovely Day” and Ray LaMontagne “You are the Best Thing”. To get the party going again after dessert I dropped the Hora and got the dance-floor packed right away. We then moved on and played some newer top 40s tunes like Daft Punk “Get Lucky” which I mixed back and forth with older Daft Punk classics and some songs like Passion Pit “Little Secrets” and C2C “Happy.” 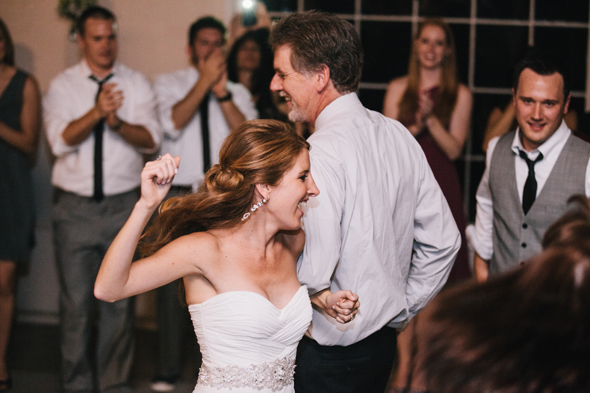 After playing some newer stuff like Calvin Harris I moved on to play some more underground jams like Basement Jaxx “Romeo” and LCD Soundsystem “Disco Infiltrator” then quickly switched it up to some classic hip hop and regained a full dance-floor. I later flipped into a fun upbeat ’80s set with Aha “Take On Me” really getting everyone into the spirit. The surprise hit was Jimmy Eat World “Sweetness” which is a pet name Chad’s friends have for him. We ended the night with Journey “Don’t Stop Believing” and Benny Goodman “Glory of Love” and it was time to wrap up a great wedding at Smokey Glen Farm. 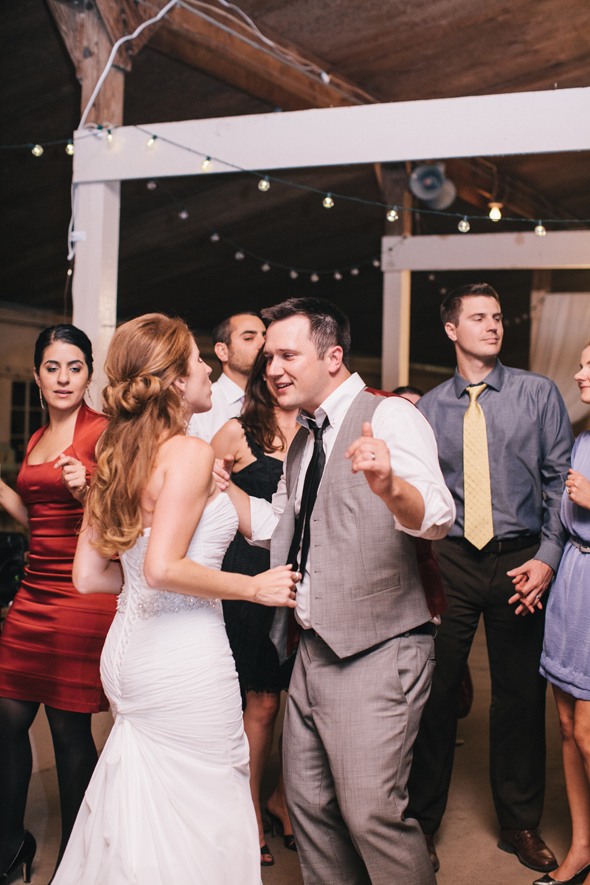 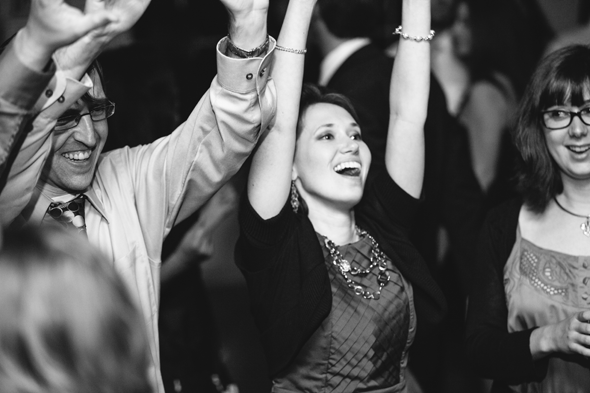 All Photos by: Nikki Kauzlarich