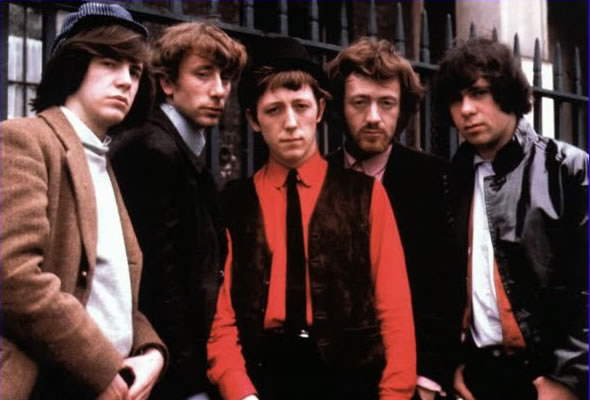 If I could go go back in time (on a musical trip) my first stop would most definitely be Swinging London circa 1965-66. The sheer number of great bands kicking around the UK following the Beatles and Big Beat explosion in 1964 is staggering— The Rolling Stones, The Kinks, The Small Faces, The Hollies, The Yardbirds, The Animals, Them—and the list goes on. The one band I would most want to see live back then—and probably my favourite of that era—are The Pretty Things. The ironically-named Pretty Things were big in England, Germany, Holland and Australia, but were relatively unknown in the US, which is a shame because they were a great band who could really play! The song I picked here, “Midnight to Six Man,” is a R&B-influenced mod classic from 1965. One of the best odes to staying out late and listening to good music there is! Their later more psychedelic records are also highly recommended.