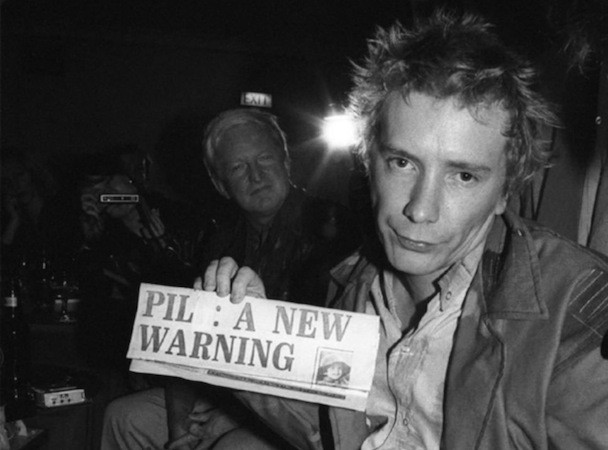 Public Image Limited proved to be quite a departure from singer John Lydon (aka Johnny Rotten)’s previous project, the seminal punk band, the Sex Pistols. While the Sex Pistols were frequently bombastic and alienating in their attitudes, their music was largely about banging out 3 chords. PIL took a far more expansive approach, bringing in a large number of pop and experimental elements. The group ran through a number of dramatic line-up shifts (with Lydon serving as the only permanent member) and with that musical styles.

“Rise” is from Public Image Limited‘s generic concept record, Album. It wasn’t so much a Lydon project as it was a highly choreographed work from producer/ bassist Bill Laswell, who built a pop record from the ground up around Lydon‘s voice and lyrical sensibilities. The band for the record featured the unconventional line-up of Laswell on bass, ex-Cream drummer Ginger Baker, jazz drummer Tony Williams, reggae session-ace Bernie Worrell (organ), J-Pop/ electronic pioneer Ryuichi Sakamoto (keyboards) and stunt guitarist Steve Vai among others. Despite this odd line-up the record proved to be one of the most cohesive and tuneful that Public Image Limited would ever release.

The song charted as a single, is genuinely great and is arguably the strongest on the LP. It is built around tribal sounding drums and an almost Gaelic-sounding guitar figure (reflecting Lydon‘s Irish heritage). The lyrics of the song deal with racial and social justice and feature verses dealing with the torture of ANC activists in South Africa by the then still very-much-in-power Apartheid government. The song is oddly one of the most hopeful and forward-looking that Lydon, typically an eternally springing font of “rotten” negativity and cynicism, would record. The song is one of the great anthems of resistance.