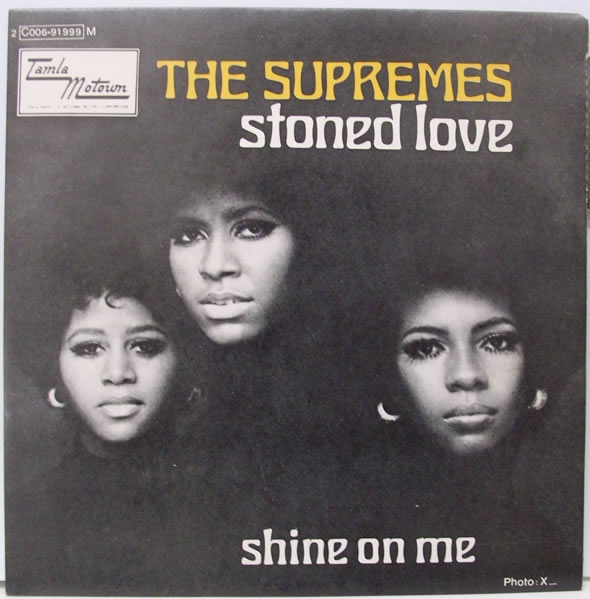 I woke up early this morning to a cold and rainy DC. I shuddered at the thought of getting out of bed. As I lay there staring at the ceiling, I started mentally compiling a list of my all-time favorite songs. Songs that never fail to put me in a good mood.

Hign on that list is The Supremes’ “Stoned Love”. Recorded in 1970 for Berry Gordy’s Motown label, this single features Jean Terrell on vocals INSTEAD of Diana Ross. Diana had left the group to pursue a solo career. It was The Supremes’ biggest hit sans Diana.

My mom played this 45 quite frequently during my childhood. It brings back fond memories whenever I hear it. And, as mentioned earlier, never fails to put me in a good mood.