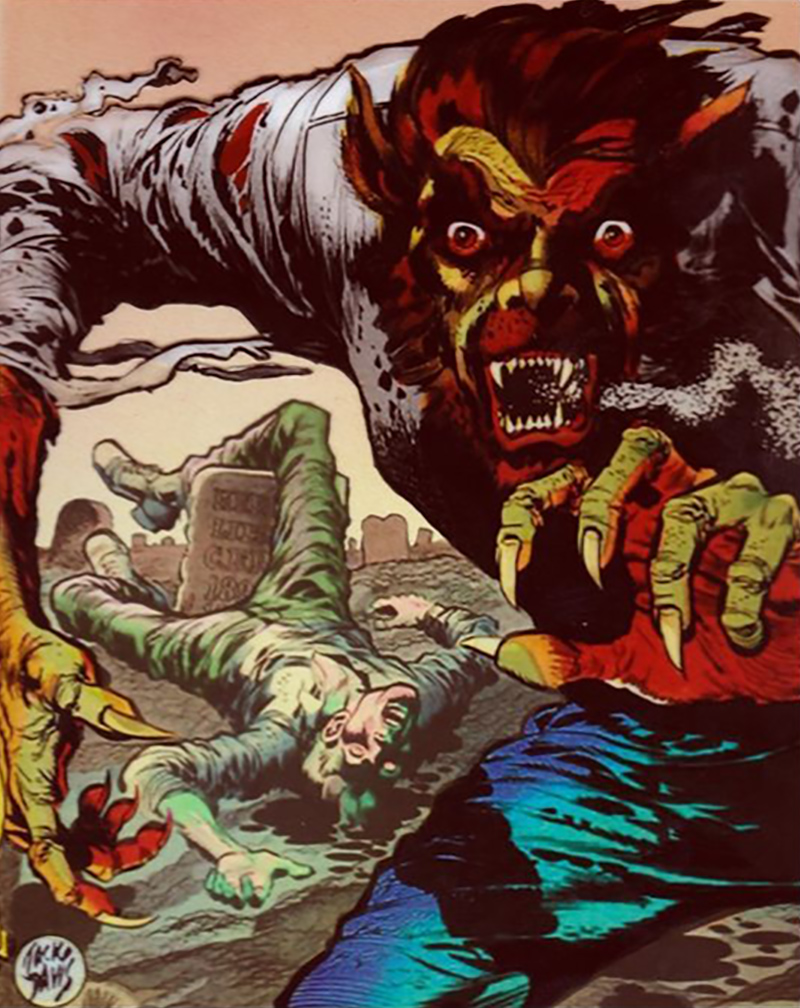 Song of the Day (Shocktober): The Graveyard Five “The Marble Orchard”

Out of nowhere came a wolf-type howl!

Legendary teen garage rockers The Graveyard Five hailed from Lakeport in northern California in the mid-60s, at the height of the monster obsession in American pop culture. Purportedly named during a particularly potent Ouija board session, the band were haunted from the very beginning. Spectres seemed to guide the Five’s collective fate as they developed their “graveyard sound.” There were only four guys in the band; the ‘fifth’ band member was a coffin that the group would theatrically pallbear to the stage under their elaborate light show. Despite the band’s popularity in the Bay Area, the sum-and-total of their recorded legacy is “The Graveyard Theme”/”The Marble Orchard” single on local producer Stan Sweeney’s Stanco label in September 1968. 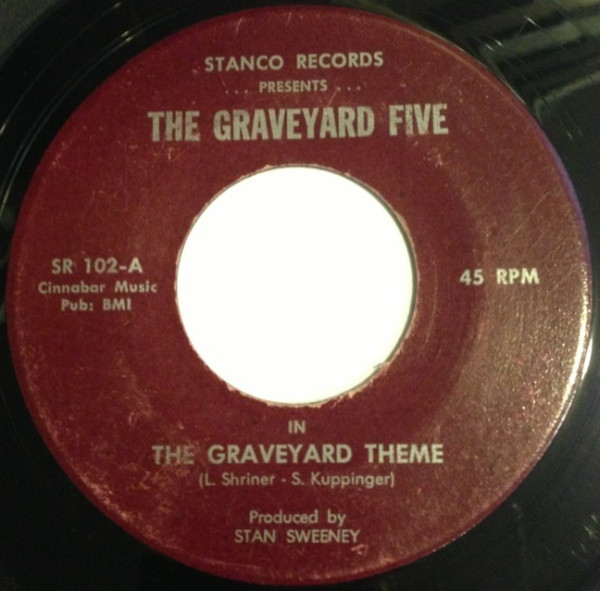 The A-side “The Graveyard Theme” (originally titled “Buried Deep”) is a surf-inspired instrumental, but the guitars are loaded with enough fuzz and reverb and garage menace to wipe away any mental images of an endless summer. The B-side “The Marble Orchard” is where the true spell is cast. Written—quite literally—on a dark and stormy October night in Lakeport’s Hartley Cemetery by lead guitarist Louie Shriner and bassist Steve Kuppinger, the song starts off with a tell-tale heartbeat (a thump played on bass strings) and is propelled on an insistent and hypnotic baseline, fuzztoned rhythm guitar, and a cavernously reverbed lead. In his best death-rattle voice, Shriner sounds positively terrified as he relays their tale of a night spent in their parked car in the cemetery, where they heard footsteps among the tombstones and “a wolf-type howl.” You can practically see Shriner’s trembling hands reach for a cigarette! Whether the product of brilliantly inventive musicianship or something wholly other, “The Marble Orchard” has a truly haunted atmosphere like nothing else from that or any other era. Give yourself over with a listen to “The Marble Orchard” and it won’t get out of your head.

Long one of the rarest and most sought-after garage rock singles of all time (original copies routinely fetch $4000.00+), The Graveyard Five’s bone-chilling masterpiece was finally made available as a limited 7″ single repress from Lysergic Sound Distributors in 2014.

A first-person recollection of the band’s story by original bassist Steve Kuppinger is available here.