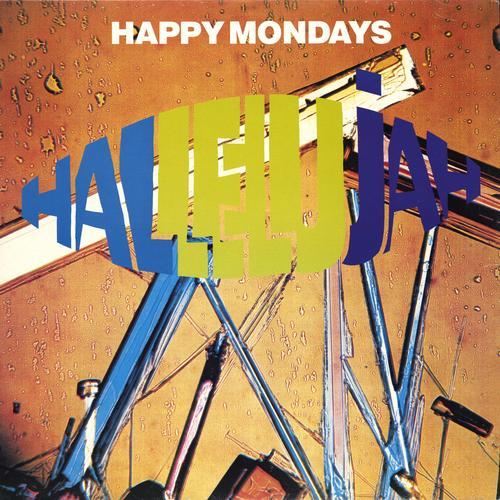 A few days ago I DJ’ed a night titled Madchester Monday, featuring the music of bands and artists representing the sound of Manchester, UK, during the late 80’s through the mid 90’s, and was cultivated by the <Hacienda nightclub.  In anticipation of the night, I spent a few days pulling and listening to records from my collection, specifically ones from the Stone Roses, New Order, and Happy Mondays.

I had a lot of fun playing records that I don’t get spin very often. The standout track of the night was Paul Oakenfold‘s remix of “W.F.L. (Wrote For Luck)” by the Happy Mondays (re-titled “W.F.L. (Think About The Future Mix)”).  It’s the final song on their 1989 Hallellujah 12″ e.p and is, in my opinion, a great representation of the Madchester sound (a mix of acid house, alternative dance, and psychedelic rock).  Over the years I’ve heard from a number of people that THIS was the record that paved the way for their appreciation of electronic dance music.  I certainly could tell as everyone from post-punkers, to indie kids, to house music fans met on the floor to dance to this seven minute jam in its entirety.