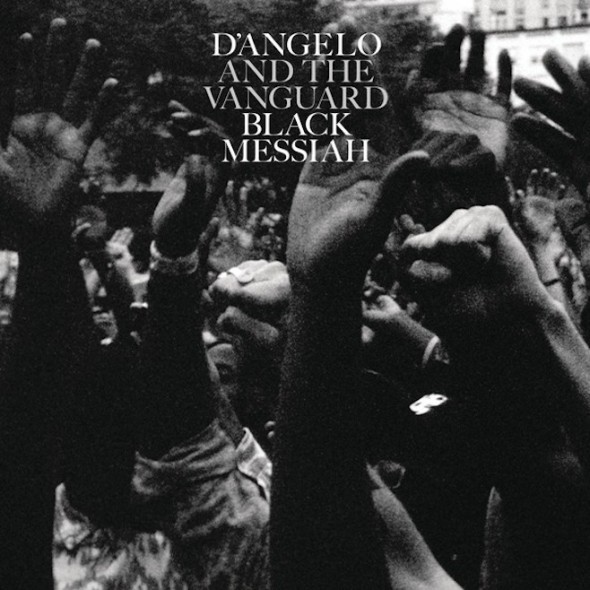 After a fourteen-year absence from the limelight and recording industry, a recently surfaced D’Angelo–whom frequent collaborator and friend Ahmir “Questlove” Thompson claimed D’Angelo had put in his “Gladwellian” 10,000 hours on guitar–finally released a follow-up to his Voodoo LP entitled, Black Messiah. After a fall from grace due to his unpleasant brush with fame during the Voodoo era, where female fans were more concerned with his physique rather than his music due to his infamous “Untitled (How Does It Feel)” music video, D’Angelo retreated to Richmond, disappeared and got heavy into substance abuse. Despite that, the following years were spent honing his guitar playing and writing.

D’Angelo finally re-surfaced in 2012, playing shows overseas and working on new material with Questlove, teasing a new album for over two years. And seemingly out of nowhere, Black Messiah finally dropped this past Sunday night. D’Angelo tapped some industry heavyweights such as Questlove on drums, Q-Tip and Kendra Wallace (Funkadelic) for verses, bassist Pino Palladino and drummer James Gadson to create perhaps his crowning achievement to date. It is his own personal What’s Going On, deeply personal and intensely political. He even clarifies that term Black Messiah isn’t one person but rather a call to leadership amidst a time where communities have had enough.

“For me the title is about all of us. It’s about the world. It’s about an idea we can all aspire to. We should all aspire to be a Black Messiah. It’s about people rising up in Ferguson and in Egypt and in Occupy Wall Street and everyplace where a community has had enough and decides to make change happen. It’s not about praising one charismatic leader but celebrating thousands of them. Not every song on this album is politically charged (though many are) but calling this album Black Messiah creates a landscape where these songs can live to the fullest. Black Messiah is not one man. It’s a feeling that, collectively, we are all that leader.”

The album is an exercise in focused complexities tied to a single groove. He wears his varied influences proudly from the falsettos and staccato guitars of Prince, the lyricism of Joni Mitchell, the in-the-pocket boom bap of Marley Marl and Buddy Miles, to the grooves Sly & the Family Stone, D’Angelo harnesses years of musical education, fears, and regrets into a triumphant album of redemption. One of my favorites from the album, “Back to the Future (Part 1)” with it’s nod to be-bop, is a nostalgic affair looking back to days when things were seemingly simpler. He even slyly takes a jab at his own fear of being considered a sex object rather than a musician with the line “So if you’re wondering about the shape I’m in/I hope it ain’t my abdomen that you’re referring to”

Black Messiah is the finality of D’Angelo’s struggles as a true artist and student of the musical arts. It is one of the few important albums released in recent memory that lives up to the highest standard of what an album should be. Do yourself a favor and listen to the whole thing in its entirety and be inspired.