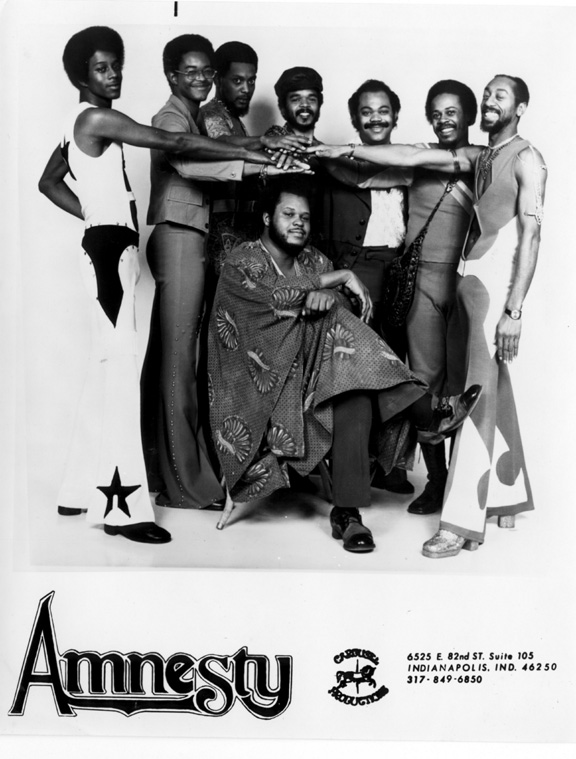 I was going through my 45s the other day, and in doing so, pulled out this Amnesty 45 which I’d found in a rather unlikely location… let me explain:
ET White was a DC-based vocalist and band leader who was active during the 60s, 70s, and 80s. Amongst his various endeavors, he had owned and operated a record and variety store in Northwest DC. Stock remaining after the closing of the store ended up at ET’s home, which is where I encountered it (being a major character in DC music history, I’ve had plenty of direct contact with him during my research). Years ago, I cruised the stock looking for anything unusual. I was totally shocked to find a good portion of the small Indianapolis-based Lamp record label amongst the usual 45s I typically see around town.

Amnesty’s “Everybody Who Wants to be Free” was with those records. First-rate sister funk with reverb-soaked vocals over a tight backing that effortlessly shifts tempos from verse to chorus. Ever since I first heard the 45 on a comp back in the late 90s (and subsequently getting a deluxe 45 reissue on Eothen Alapatt’s (aka Egon) Now-Again Records in 2002), I loved it, and I was floored that it had found it’s way to me via an unlikely road. Life can be pretty exciting sometimes.