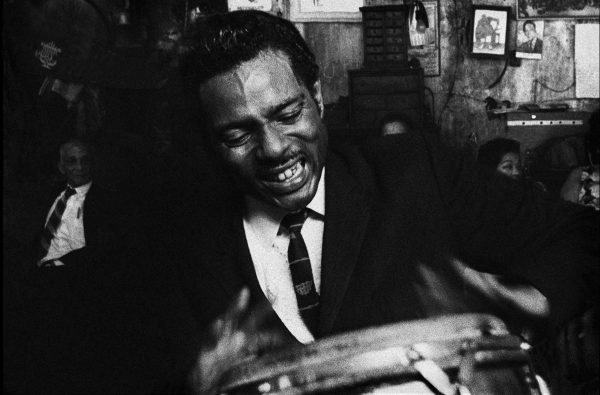 There is entire school around the playing of the iconic Cuban percussionist Tata Güines. Primarily known as a Conga player, Güines was also a seasoned veteran of the sacred Batá drums that grace this track. Recorded in 1995 and released in 1996 on EGREM (the national record label of Cuba), this gem comes from Tata‘s last solo album entitled Aniversario.

In the early 2000s, I had the opportunity to study percussion in the Vedado barrio of Havana. I spent the weekdays studying with my teacher, a young drum prodigy and nephew of the great Changuito. The evenings and weekends were spent attending formal and informal performances in and around Havana and Matanzas. Always wanting to tag along with my guru, one afternoon while walking with him to one of his rehearsals, he motioned for me to look to my left. There, against the backdrop of the dilapidated yet ever-so-beautiful Old Havana, was the great Tata Güines. Riding shotgun in one of the old classic ’50s American automobiles that frequent the streets of that majestic island, he rolled by in what felt like slow-motion. I was so awe-struck and transfixed at that moment that it feels now like it was a dream.

Tata Güines‘ playing has always captivated me. I first heard him on the legendary mid-50s ‘Descarga‘ sessions on Panart led by the great bassist, composer and bandleader Cachao. His conga playing is sharp, clear, focused and always musically perfect. Tata‘s touch and sound are so unique that many assume that there must be some mystical secrets involved in him conjuring up his percussive magic. Once you’re familiar with his playing, you could pick it out anywhere–no one sounds like him. He practically invented a new vocabulary on the Congas and he is certainly one of the most important and influential figures in the long, complex history of these regal drums.

Tata Güines was born Federico Arístides Soto in small town just east of Havana called Güines in 1930. Known simply as Tata, he started out by playing homemade instruments. Always claiming that his only teachers were the streets and the radio, he began his professional career in the early 1950s. His main influence was Chano Pozo, the man who almost single handedly introduced the Conga drums into North American Jazz.

In the mid to late ’50s, already having played and recorded with Cuba’s best bands, Tata began touring internationally and contributing some of his earnings to the Revolution that was taking place in his home country. Returning to Havana in 1959 in the wake of Fidel Castro‘s coming to power, he entered an exciting new period in his career. As a part of numerous ensembles, some of which fell under his leadership, he continued to perform and record to great acclaim. In the ’90s, he was able to go back out on the international touring circuit, spreading the gospel of Cuban Musical Traditions and impeccable conga playing wherever he went. He passed on in 2008 at the age of 77 as a musical and cultural giant. Viva Tata Güines! 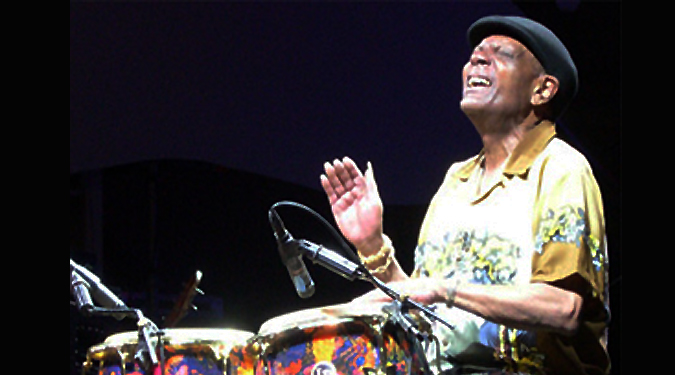