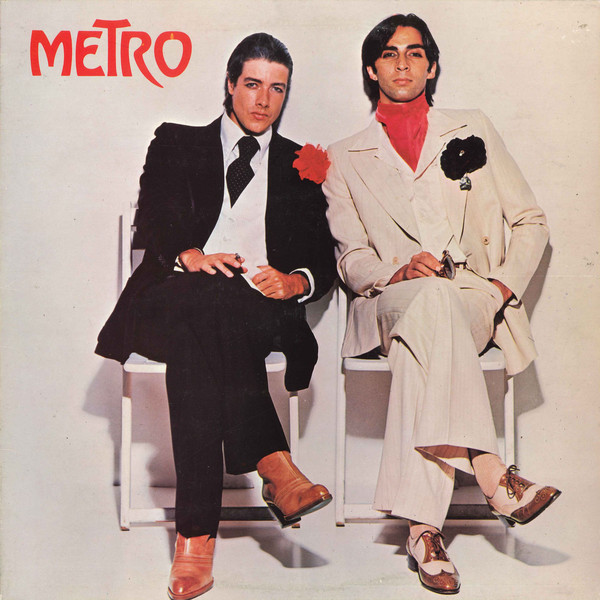 Song of the Day: Metro “Flame”

Pitched somewhere between disco, glam rock, art rock and funk, the obscure English cult group, Metro seemed to have all the makings to really make an impact on the pop scene of the mid-’70s. The group had impeccable instrumental acumen and crafted smart dance-forward songs that segued into complicated, multi-faceted glam/prog epics. Despite all the moving parts to their music, the group always managed to keep things tight, accessible and tuneful. It may simply be that they attempted to do too much and thus could not find a solid fan base – but what a rush!

“Flame”. from the band’s self-titled 1976 debut LP, is a track that perfectly highlights everything that Metro do well. The song starts with an extended guitar-driven funk overture. It eventually segues into the main song which features a minor key acoustic guitar movement, some gorgeous harmony vocals and evocative lyrics.

While the band never really achieved the mainstream success that they craved, they did have some high profile fans. David Bowie covered the band’s song “Criminal World” on his Let’s Dance LP. While the band only lasted until 1980, recording three LPs, its two songwriters Peter Godwin and Duncan Browne both enjoyed moderately successful solo careers. Additionally, the group also released a single after re-christening themselves Public Zone and teaming up with drummer Stewart Copeland of The Police fame. 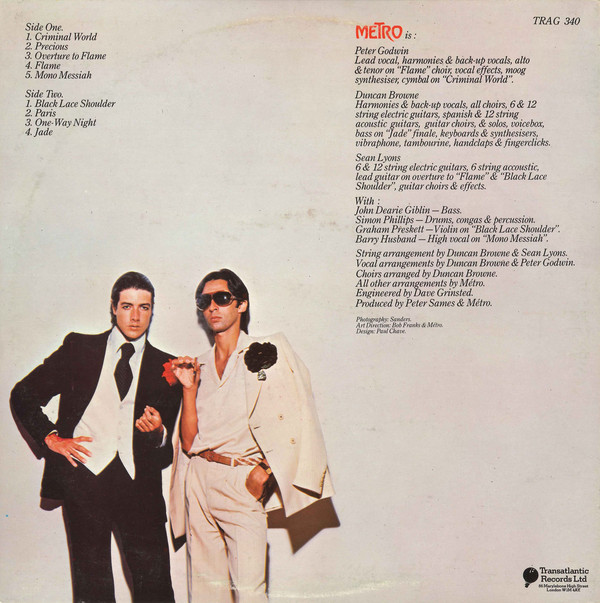 One thought on “Song of the Day: Metro “Flame””