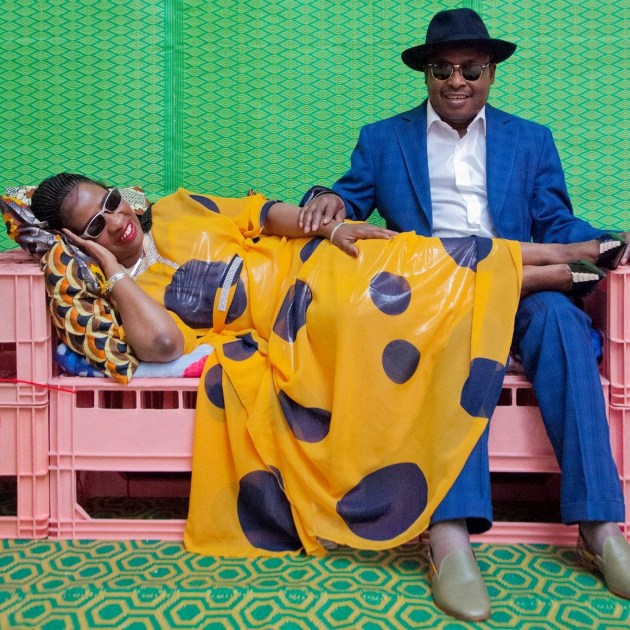 Bofou Safou by the Malian Grammy Award-nominated duo Amadou & Mariam is a fun loving house song about the virtues of not being lazy! The translation for the song’s title is “a baobab in the hand” which is a hilarious African take on the French expression “to have a hair in the hand” as in a sign of laziness. From the music video it’s hard to tell if Amadou and Mriam are warning people not to be lazy in bed because they need to be putting in work on the dance floor or whether they should’t dance away their lives, or, that you’re never going to find your partner in life if you just stay in bed dreaming there for your need to learn how to cut a rug… I that’s the beauty of a great song, each person can read into it what they will. You can find this song as well as plenty of other perfect party tracks in my latest mix: Irving Avenue Mix Tape.

Amadou & Mariam hail from Bamako, Mali. The duo is composed of Amadou Bagayoko (guitar/ vocals) and Mariam Doumbia (vocals). The pair met at a school for the blind in Mali, Amadou lost his sight when he was 16, while Mariam did so at the age of 5. Amadou previously played guitar in the West African band Les Ambassadeurs du Motel de Bamako. The pair have been a married couple since 1983 and have performed together as a musical act since 1974. The duo, along with a various backing musicians, continue to record and tour. Catch them live in DC at the  9:30 Club later this summer!

One thought on “Song of the Day: Amadou & Mariam “Bofou Safou””