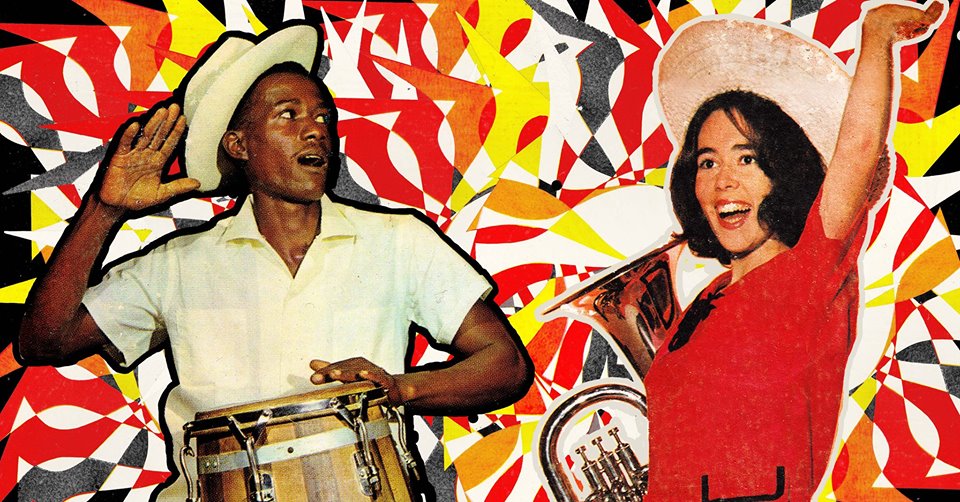 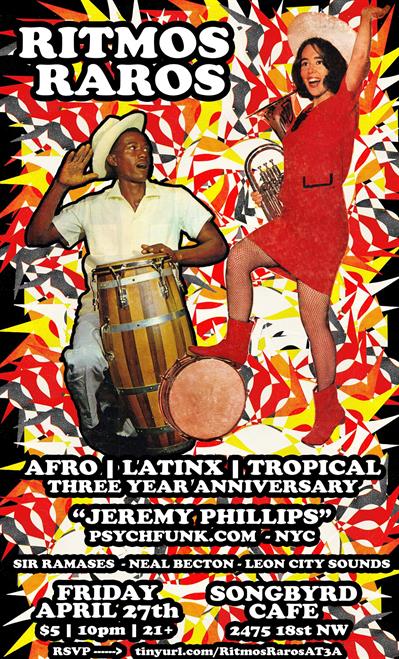 Jeremy World, Neal Becton, Sir Ramases will be playing dusty LPs and 45s throughout the night. Music from all over the world especially Africa, Latin America, India, Caribbean, Brazil, and the Sahel Magreb Arab world.

Jeremy Phillips is a NY based DJ and collector who specializes in eclectic international sounds from all corners of the world. He is dedicated to traveling the globe to uncover and research rare records. He is the founder of the website psychfunk.com, where he documents a sample of his finds. Sir-Ramases Kofi is the founder of the non-profit Afro Ritmo Records Research Collective which archives, collects, releases, and spreads awareness about the world’s rarest music on the vinyl format. With six members in total each hailing from their distinct tropical homelands, this group scours the earth looking for lost and forgotten musical treasures. Afro Ritmo’s third release: “Fitz Vaughn Bryan: Trinidad Dance Band Series Vol.3”, celebrates arguably the islands greatest arranger of big band calypso and saga music.

León City Sounds are two Selectors from Washington DC and Lima, Peru with a lots of love for Roots Reggae, Dub, Ska, Cumbia, Chicha and Fusion

Ritmos Raros is a moving but never ending nostalgic tropical vinyl dancefloor party dedicated to the rare and normally unheard rhythms of Africa, Latin America, India, Caribbean, Brazilian, and the Arab variety. Touching upon the many genres we get together and try our very best to dance to different rhythms of each other culture. We are looking for members who love dancing and learning about obscure music that may have not achieved popularity to due to a myriad of adverse circumstances. Join us if your interested in being exposed to sounds you might not hear otherwise outside of the countries of origin. Expect the unexpected: Hybrid transactions, unlikely collaborations / combinations, moods in a minor key, blood, sweat, and tears all wrapped up in its aural form strictly for your educational and spiritual enrichment.