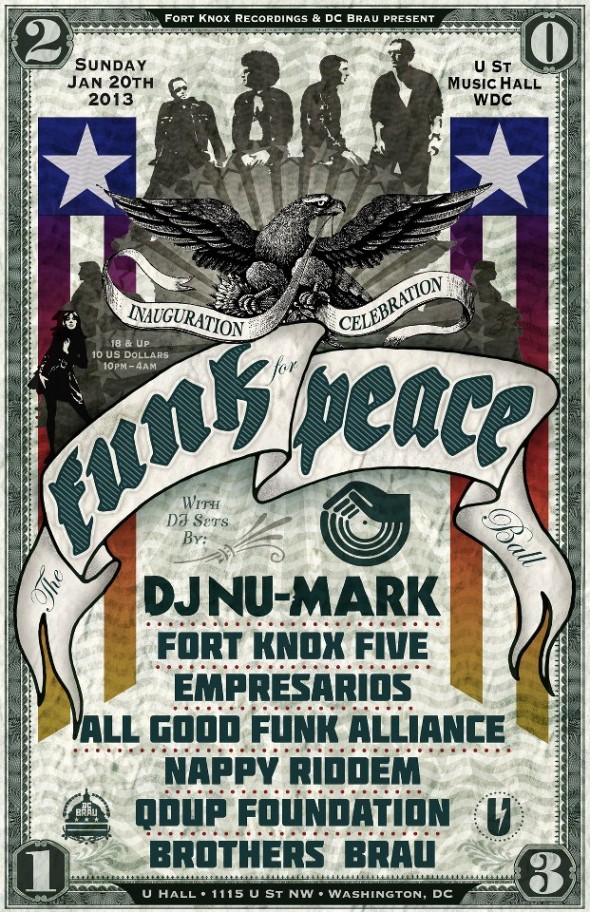 Celebrating both MLK Jr. Day & the Second Inauguration of Barack Obama! Monday is a holiday, extended bar hours and no work the next day.

Tickets on sale now: get yours here
Let ’em know you’ll be there: RSVP on Facebook

Fort Knox Recordings and DC Brau proudly present the Funk 4 Peace Ball. To celebrate the Inauguration, Fort Knox are proud to present DJ Nu-Mark of Jurassic Five, who has just released his solo album Broken Sunlight. Four years ago Fort Knox Recordings paid homage to the Hip-Hop Generation with Afrika Bambaataa, and this time around they give their respects to DJ Culture. In addition to DJ Nu-Mark, there will be exciting DJ sets from Fort Knox artists Fort Knox Five, All Good Funk Alliance, Empresarios, Nappy Riddem, and QDup Foundation. Once again, its time to Funk 4 Peace!!