Stay two funky steps ahead of the usual Peggy Lee and Vince Guaraldi holiday fare you’re bombarded with at Starbucks with this bag of audio treats. 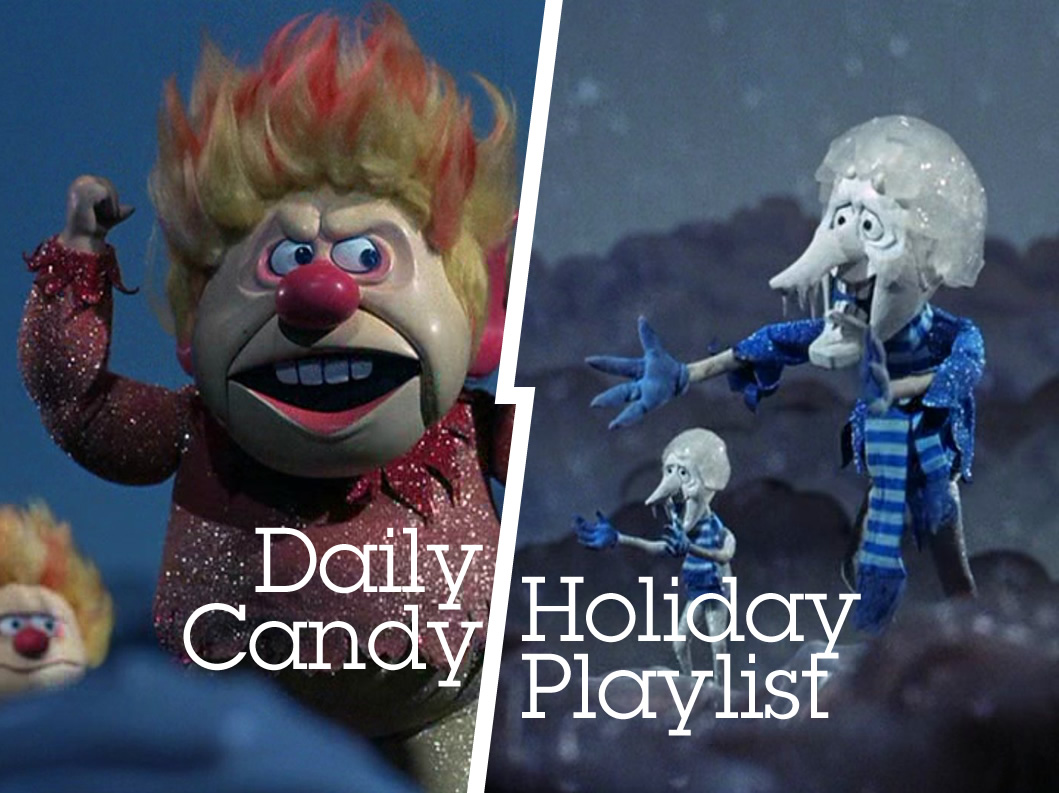 My good editor friend (and fellow Christmas baby) Annie Lou over at Daily Candy asked me to write up a holiday playlist, which I was happy to oblige. I certainly can’t fault Daily Candy for wanting to keep it short & sweet, but I dug a little deeper in the descriptions in my original submission, so I’m posting my original write-up here. Also, higher bit rates trump convenience around here, so the download links are to Amazon instead of iTunes.
Read the Daily Candy holiday playlist here, already a playlist on Spotify.

1.) The Soulful Strings – “Sleigh Ride” (Cadet)
Led by producer/arranger Richard Evans (and including legends like guitarist Phil Upchurch and vibist Billy Wooten), The Soulful Strings released seven all-covers albums for Cadet Records in the late 60s and early 70s. From the full length 1967 album The Magic of Christmas, the lush, string-laden jazz-pop arrangement of “Sleigh Ride” is tempered by a solid soul backbeat.
Available on the Traditional Jazz Christmas compilation

2.) Jimmy Reed – “Christmas Present Blues” (RRG)
Blues legend Jimmy Reed lays down some seriously funky grooves on this 1971 holiday single. Even over a heavy bassline, his guitar and harmonica is so potent, he’s gotta cheer himself on before a final harmonica solo, “aww, play it, Jimmy!”
Available on the highly recommended In the Christmas Groove collection

3.) The Soul Saints Orchestra – “Santa’s Got a Bag of Soul” (Jazzman)
The Soul Saints Orchestra was a pseudonym for German funk revivalists Poets of Rhythm, who released only 250 copies of this one-off single back in 1995. No sleigh bells or angelic chorus, just a raw soulful vocal over an unstoppable deep funk groove.
Also available on the In the Christmas Groove collection

5.) Sharon Jones & The Dap Kings – “Ain’t No Chimneys in the Projects” (Daptone)
Modern day soul diva Sharon Jones puts her childhood existentialist lament to song on this 2009 single. Belting out her tale of woe (what’s Santa coming down if there ain’t no chimneys in the projects?) over the Dap Kings’ heavy soul backing, this has already proven to be a Christmas soul classic.
Available on the Daptone single

9.) The Avalanches – “Baby It’s Cold Outside” (Warner Brothers)
Moving from the beach to the mountaintop and applying the twang-and-fuzz of surf guitar to skiing, The Avalanches* were a 1963 one-off project by LA studio musicians (including guitarist Billy Strange, drummer Hal Blaine and bassist David Gates (later of 70s soft rock group Bread)). Their instrumental take on “Baby It’s Cold Outside” features twangy guitar and Farfisa organ trading the musical lines of the usual duet. You’ll be singing along in no time.
Available on the Ski Surfin’ album

*No, not the Avalanches that released the sampledelic masterpiece Since I Left You in 2000. But wouldn’t an Avalanches Christmas album be amazing?

10.) St. Etienne – “I Was Born on Christmas Day” (Heavenly)
In 1993, Sarah Cracknell shared lead vocals with The Charlatans’ Ian Burgess on this jubilant slice of indie dance pop.
Available on the London Conversations singles collection