Carlyn & Brandon’s awesome wedding finished up our 2011 season in style! 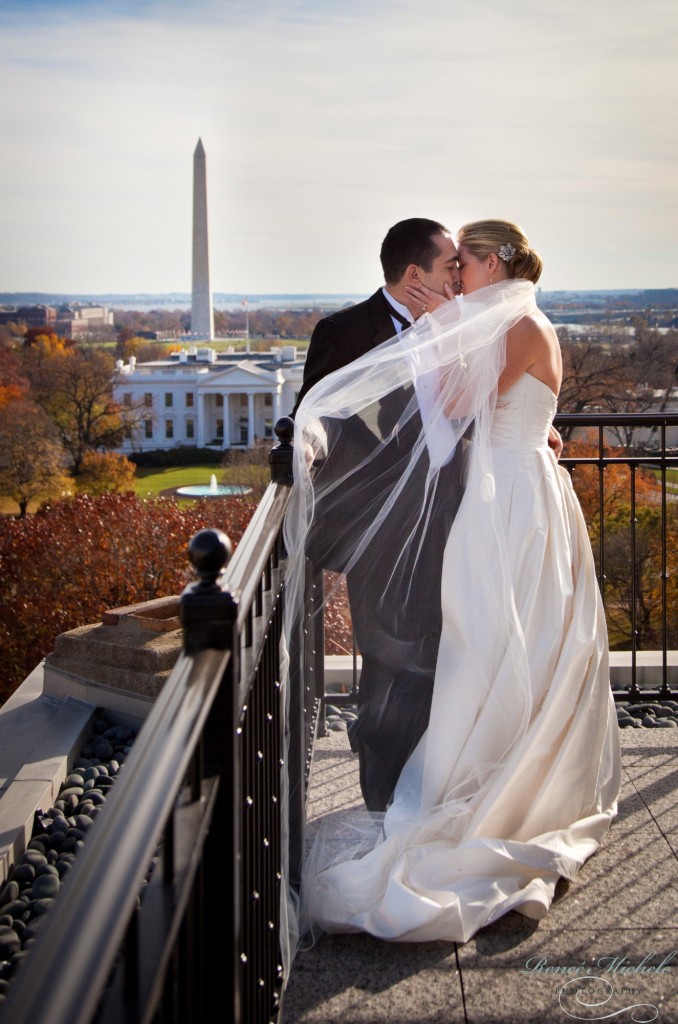 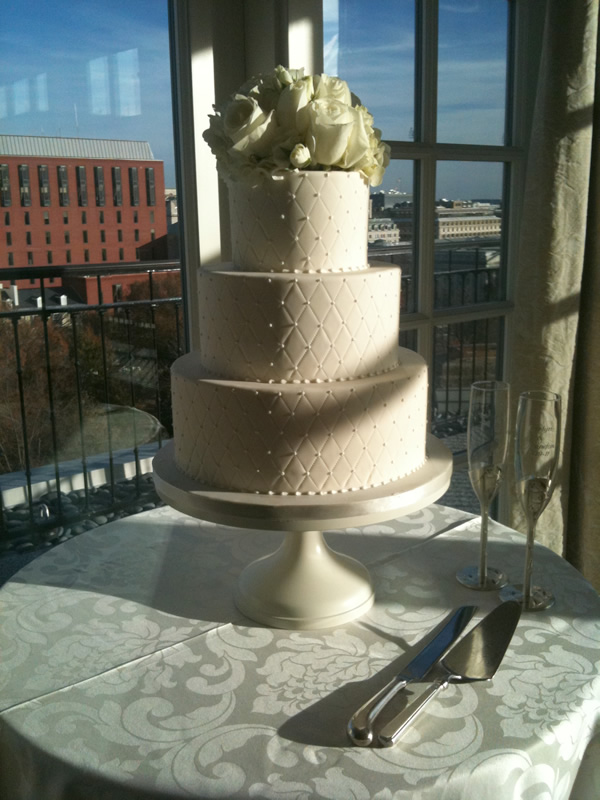 On November 19th, we finished up our 2011 wedding season in style, playing for Carlyn and Brandon at Top of the Hay, the new rooftop addition to the historic Hay Adams Hotel in downtown Washington. Featuring a truly magnificent view of downtown DC, the Top of the Hay overlooks the White House, with the Washington Monument and Jefferson Memorial in the distance. The sunset over Arlington was amazing!

Carlyn and Brandon held their wedding ceremony in the John Hay room at the hotel, with musical accompaniment by a string quartet.

Afterwards, the musicians followed the guests upstairs to play for them during cocktail hour. They expanded their classical repertoire with some pop music, including “Come On Eileen” by Dexy’s Midnight Runners, “Sweet Dreams” by Eurythmics and closing with “That’s Amore,” best known in the Dean Martin version. 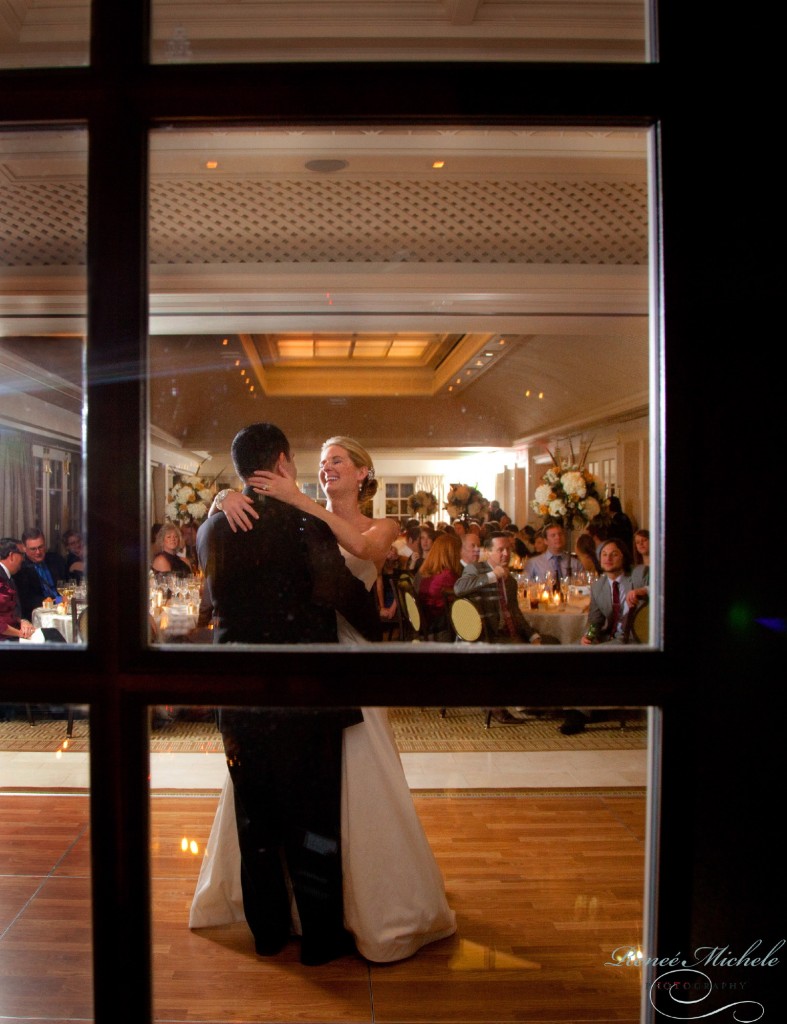 Carlyn and Brandon were introduced to their guests to “The Way You Move” by Outkast. After a big round of applause they went into their first dance: “You Make it Real” by James Morrison. With the White House and Washington Monument lit up behind them, it was a magnificent sight. Photographer Renee Michelle captured the evening with some truly wonderful images! We are so lucky she was able to share them with us here.

The father of the bride welcomed everyone and was understandably emotional as he began his speech. But he overcame in fine form and give his impression of the couple: “He wears the pants [in the relationship] but she tells him which pair to put on.” Afterwards Reverend Chip Wright, who performed the ceremony, offered a blessing over dinner.

During dinner, we heard some guitar music from Chet Atkins (“Hot Toddy”) and Les Paul (“Melodic Meal”). We also heard the jazz stylings of Dave Brubeck’s “Blue Rondo A La Turk” and “I’m All Right” by Madeleine Peyroux.

Carlyn’s sister-in-law gave the first toast, accompanied by her husband and their daughter. She welcomed Brandon to the family, and assured everyone that he is “not a schmutz.”

the White House and Washington Monument for a backdrop

Next up was groomsman, and past D-Mac client, Andy. He told of his lifelong friendship with Brandon and introduced us to “Squirmy Wormy.” He wrapped up his toast to the tune of “Hail to the Chief,” as groomsman Michael, in a Barack Obama mask, made his way to the microphone. He gave a stirring speech, emphasizing hope and change (as in “I hope Brandon changes”), and ending with “God bless the United States of America.”

The dinner hour wrapped up with Nouvelle Vague’s version of “I’ll Melt With You,” Sade’s “Smooth Operator,” and Steely Dan’s “Do It Again.” The guests turned their attention to the dance floor to watch Carlyn and her father dance to “I Loved Her First” by Heartland. Brandon and his mom then took the floor to “A Mother’s Love” by Mark Masri feat. Jim Brickman. 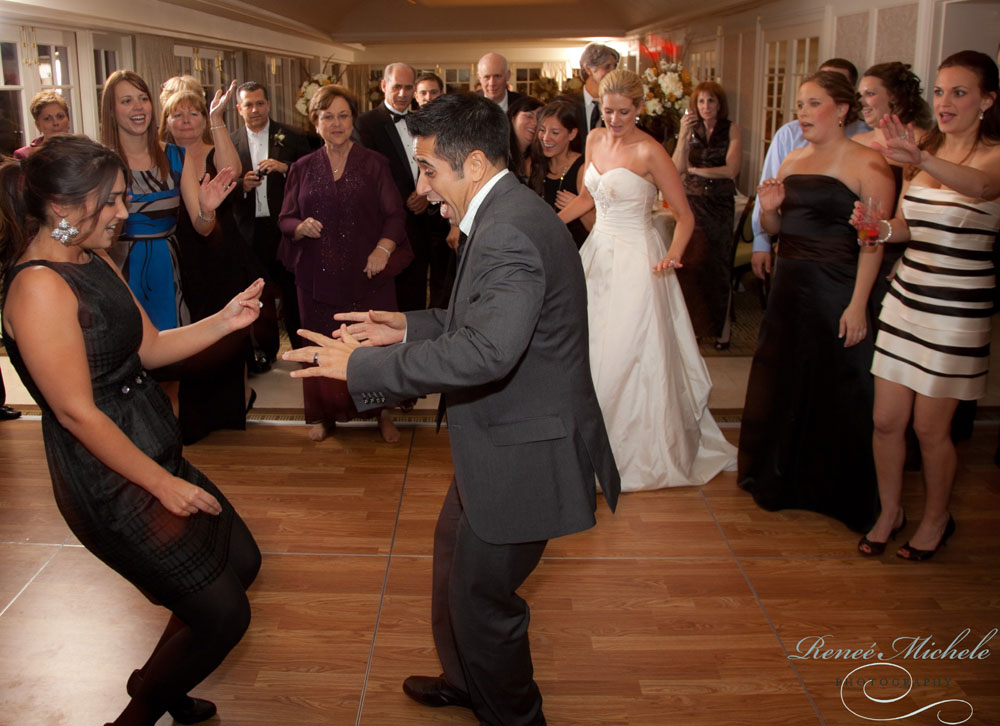 The crowd was ready to dance hit the floor to a set that included Montell Jordan’s “This is How We Do It” and “Soul Man” by Sam and Dave. After an hour of high intensity revelry, we slowed it down for the cake cutting, to the tune of “How Sweet it Is” by Marvin Gaye which went into Ingrid Michaelson’s “The Way I Am.”

The parents of the bride and groom then took the floor to dance to “Here and Now” by Luther Vandross in honor of their many years together. The rest of the couples joined them for a couple more slow ones: Frankie Valli’s “Can’t Take My Eyes Off of You” and “Be My Baby” by The Ronettes. 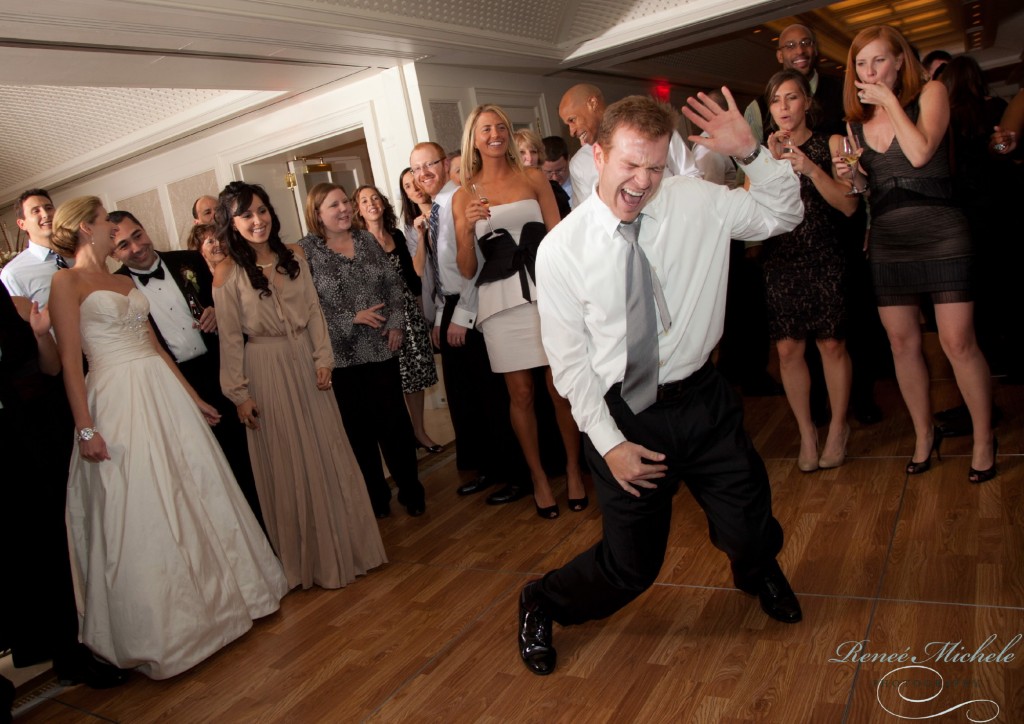 the sweaty energy came back with Jay Sean, Flo Rida, and Run DMC

The sweaty energy came back with Jay Sean’s “Down” into “Get Low” by Flo Rida and “It’s Tricky” by Run DMC. We heard “Moves Like Jagger” by Maroon 5, into the crowd pleasing combination of “Summer of ’69” (Bryan Adams), “Jessie’s Girl” (Rick Springfield), and “Love Shack” by The B-52’s, plus “Shout” by The Isley Brothers and finally Stevie Wonder’s “Signed, Sealed, Delivered.” 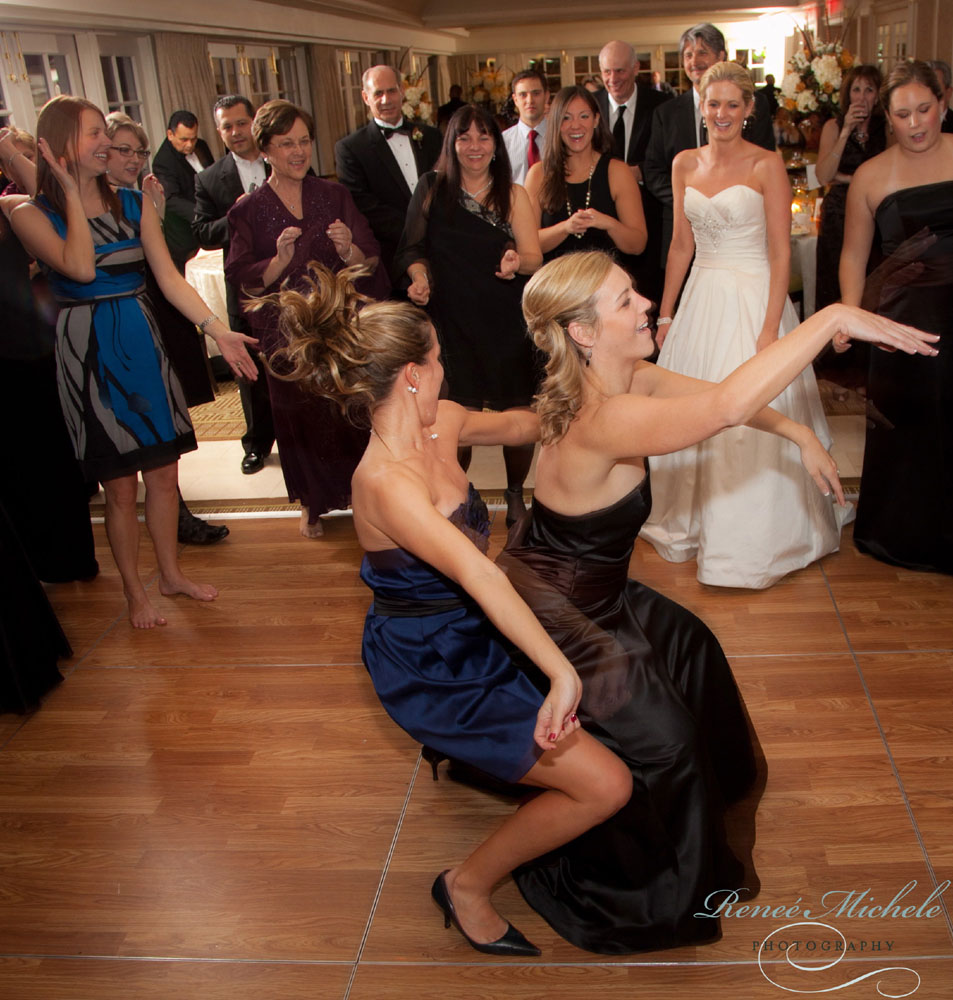 We heard some hip-hop from Cali Swag District (“Teach Me How to Dougie”) and Biz Markie (“Just a Friend”) followed by Jay-Z and Kanye West’s “Otis (featuring Otis Redding)” and The Pharcyde’s “Passing Me By.” There was a big roar of approval for DJ Kool’s “Let Me Clear My Throat” before Daryle went back to the 70s with The Jackson 5’s “ABC (Krafty Kuts Remix)” and “Stayin’ Alive” by The Bee Gees. Lionel Richie’s “All Night Long” was one of the last true floor fillers. The evening flew by and before we knew it, the clock had struck 11. Daryle announced the last song: Neil Diamond’s “Sweet Caroline.”

The singalong was loud and boisterous, as were the chants for “One more song!” The Hay Adams staff was kind enough to allow one more: “Don’t Stop Believing” by Journey.

It was a great night and a wonderful way to wrap up the year! 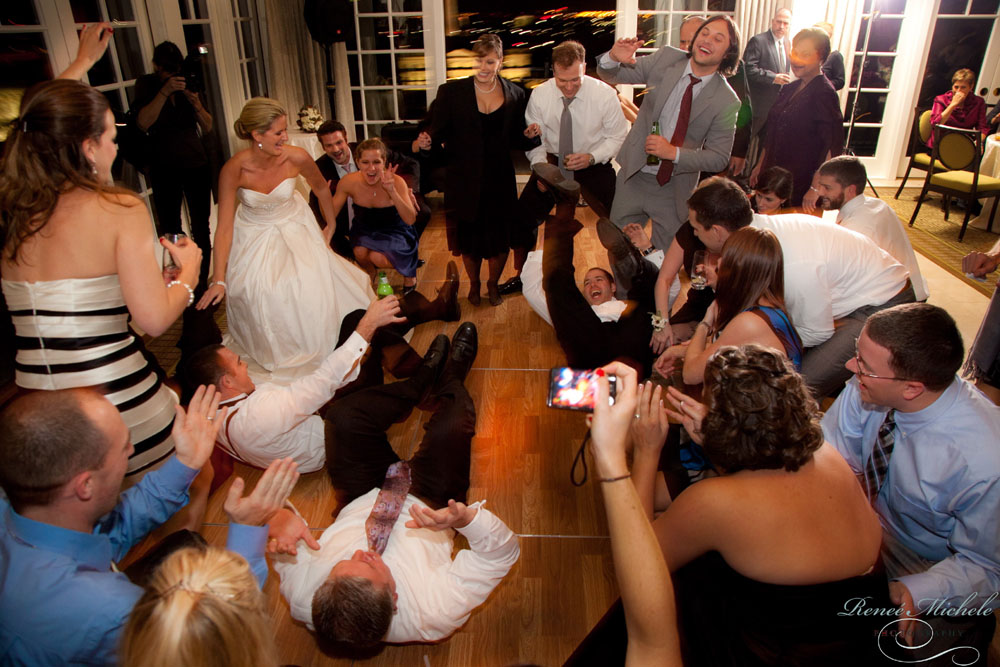 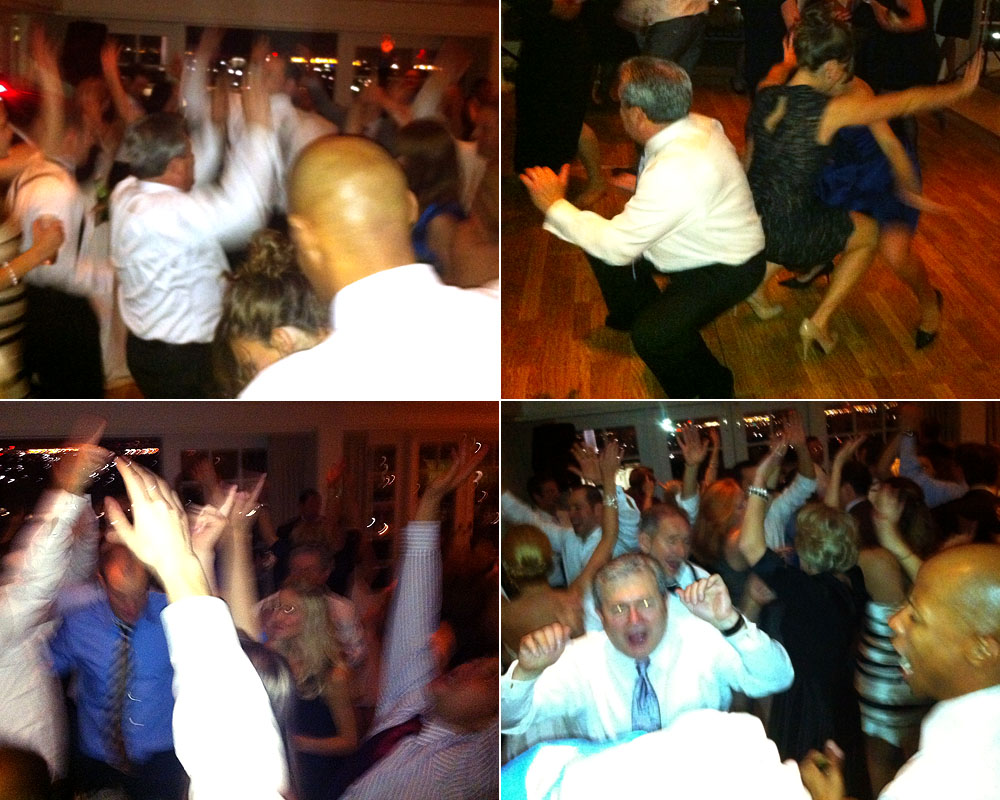 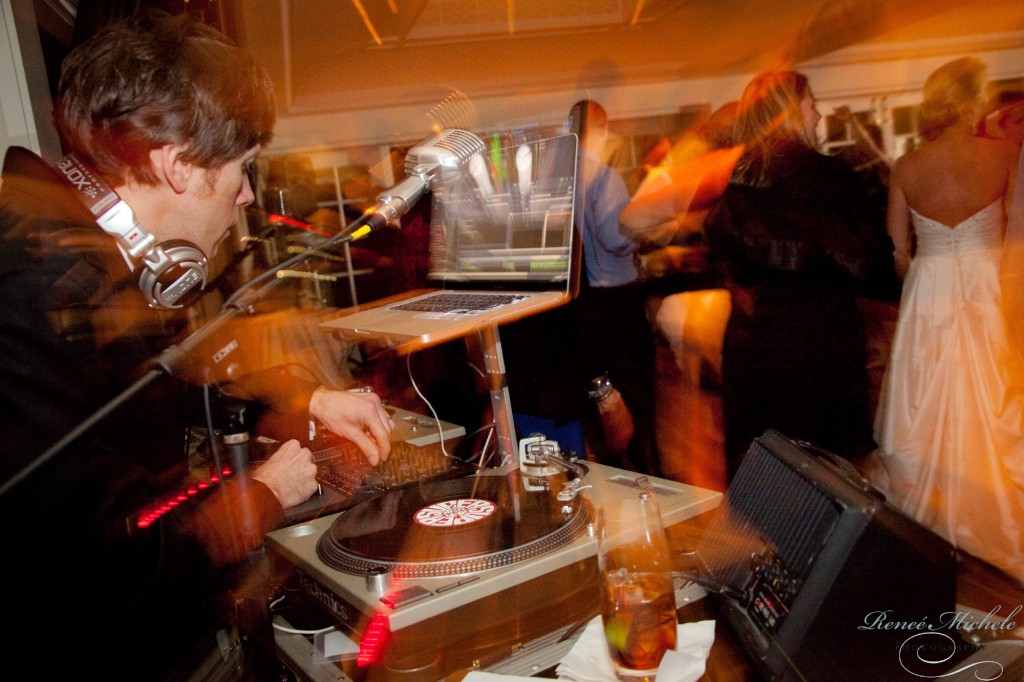