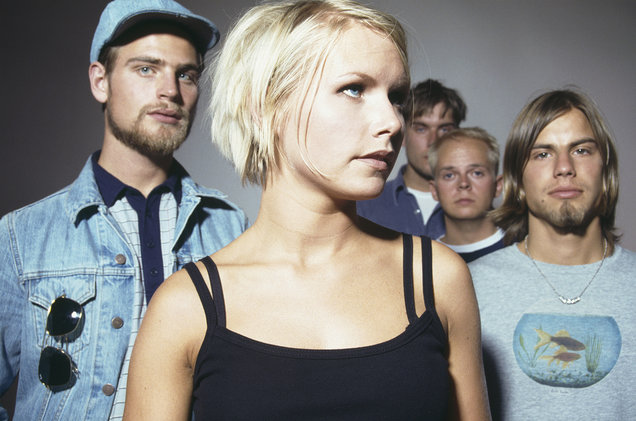 Song of the Day: The Cardigans “Iron Man”

Quirky Swedish band, The Cardigans, were stalwarts of the mid ’90s alternative scene. The band managed ample radio play through their melding of a sunny, though somewhat angular, pop sensibility with lyrics typically dealing with darker themes. Like a box of chocolates with BBs at their center, the group often defied expectations. They released a slate of singles that forced you to stop and think, often while you were joyously singing along.

For their cover of Black Sabbath‘s “Iron Man”, The Cardigans appear to have reverse this formula, presenting what is ostensibly a silly, stoner metal epic but in a more reflective and dark arrangement that adds darkness and despair to the lyrics, through choices in inflection. And so, rather than a celebration of power and glory, “Iron Man” becomes a lament upon the isolation that seeming invulnerability can bring. The track was found on The Cardigans‘ 1996 album, First Band On The Moon.

The Cardigans were founded in Jönköping, Sweden in the early 1990s by former heavy metal musicians Peter Svensson and Magnus Sveningsson. The duo quickly added drummer Bengt Lagerberg, keyboardist Lars-Olof Johansson and singer Nina Persson. The group apparently all lived together in the same apartment during their early days and would constantly practice and record demos on a portable 4-track recorder. The group was eventually signed and went on to mainstream success with their second album, 1995’s, Life. While the group have had a number of hiatuses over the years, they remain active, periodically recording new music and touring.