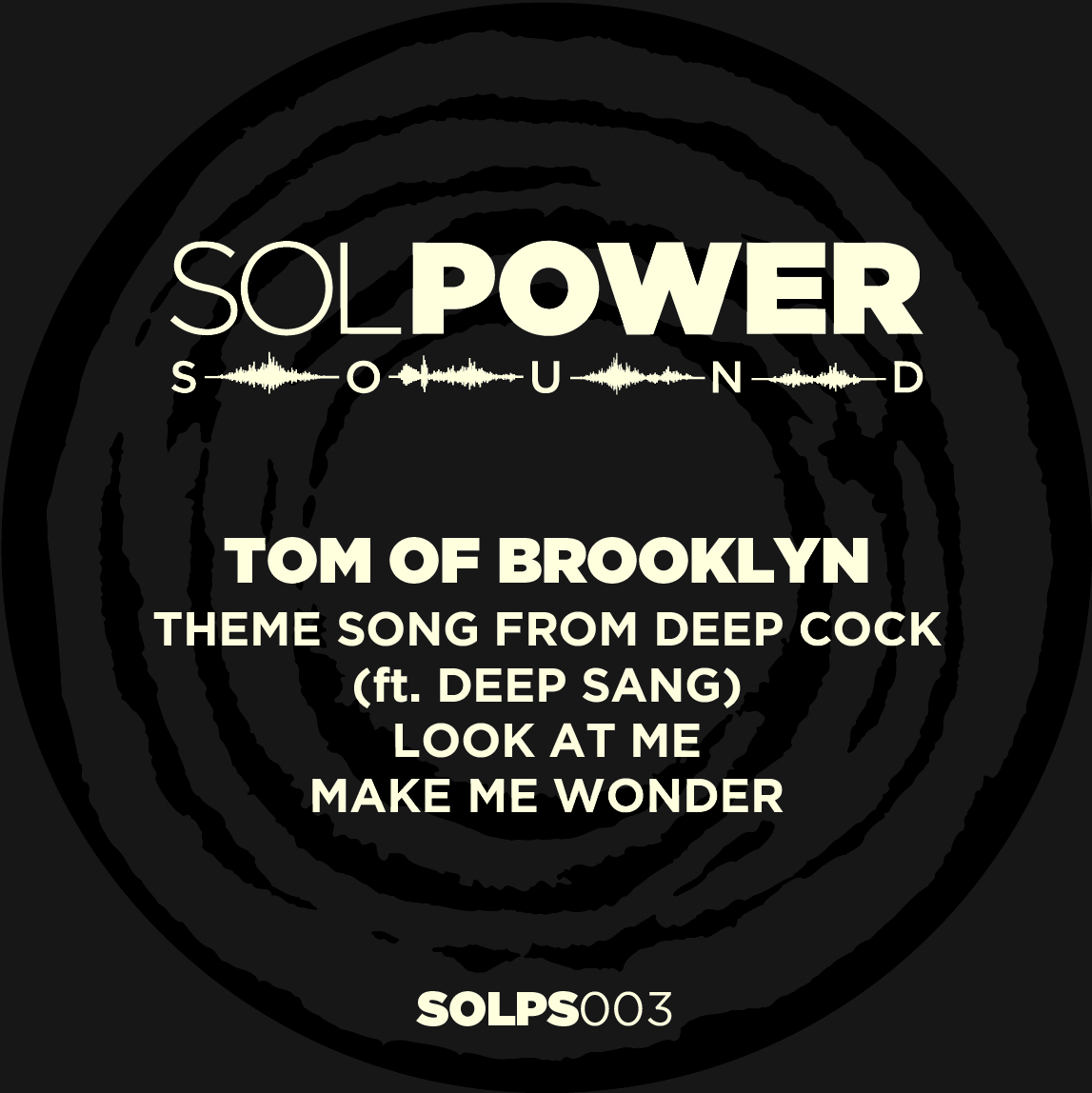 Tom of Brooklyn, the mysterious Finnish disco don has recently relocated to Brooklyn, changed his name, and blessed Sol Power Sound with a 3-song EP of warm weather disco grooves. On “Theme Song from Deep Cock” Tom teams up with former DJ D-Mac associate Deep Sang and creates a disco bomb that dance floors cannot seem to get enough of. “Look at Me” is a bit more moody, but still funky. Tom told me he played this a lot during his now legendary sunrise sets on a recent cruise of the islands. “Make Me Wonder” is nearly 9 minutes of funky afro disco goodness. Perfect for those daytime roof-top jams — Tom’s excited to drop this one on Fire Island when things warm up.

What can I say about Tom of Brooklyn? Not much as it is a bit of a mystery. No one really knows who he is, where he’s really from, or what he looks like. What I do know is that he’s got an ear for endless disco grooves and knows his dance floor well.

Look for Tom of Brooklyn’s SOLPS003 EP in fine vinyl retailers around the world in late February 2016.