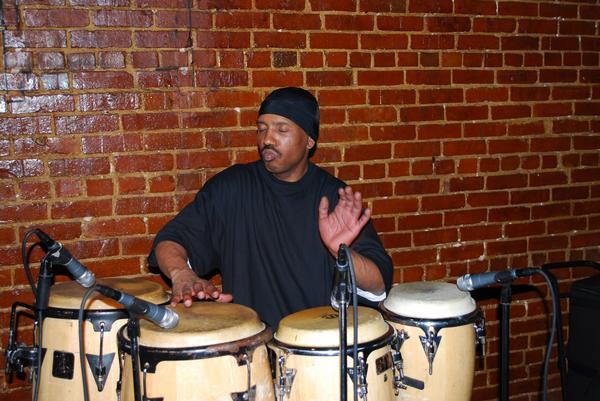 I’m in D.C. mode today. “Feelin’ Free” is actually a demo that made some rounds years ago but by the way people respond when I pull it out, it’s evergreen as well as crankin’. M.V.P. Band were a conglomerate of go-go and hip-hop musicians that put together this project around 2001.

Members included personnel from pioneering DC hip-hop band 3LG as well as musicians from Chuck Brown‘s ensemble. They’re all still active in other musical ventures but this project was so short-lived that it’s hard to even find photos of them together.

Featured in this photo is percussionist Nu-Nu, whose conga patterns on this song are definitively funky. Kind regards go out to M.V.P. vocalist Toi Horn for putting this track up on YouTube.