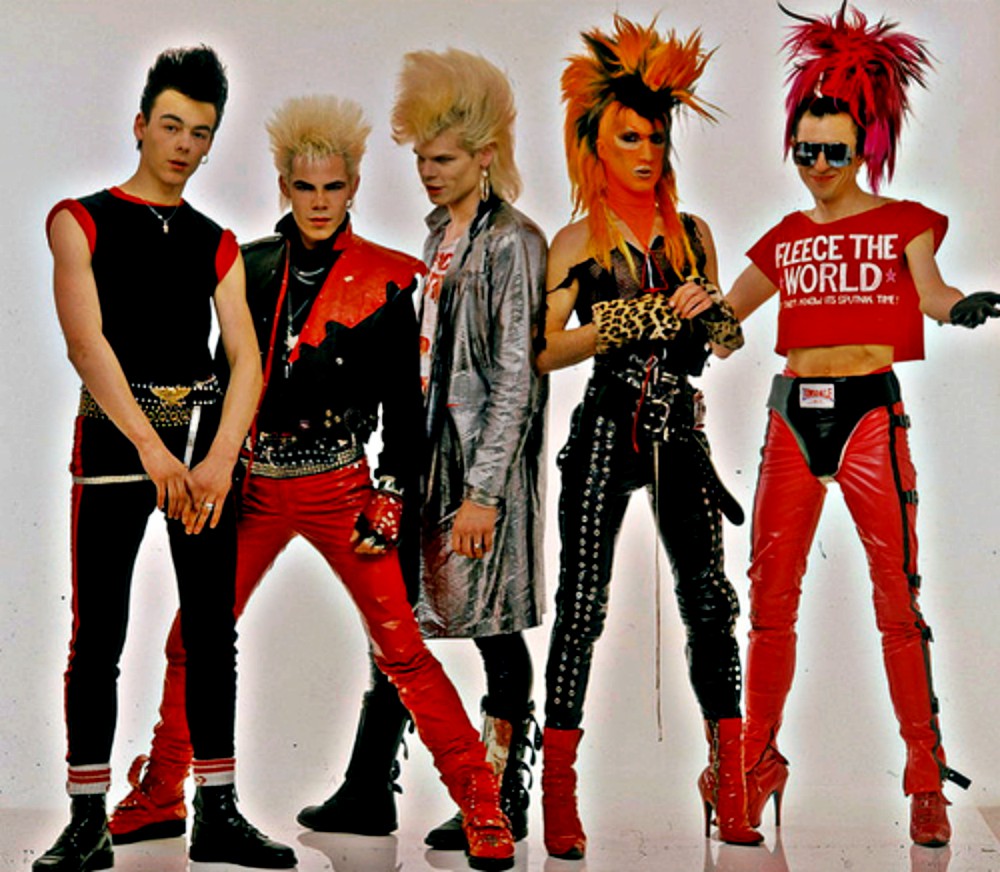 The album comes out the gates absolutely screaming

One of the most demented and fun records to emerge from the ’80s was sample-heavy quasi-shlock merchants, Sigue Sigue Sputnik‘s 1986 debut full length, Flaunt It. With production by synthesizer pioneer Giorgio Moroder, the album comes out the gates absolutely screaming with the electro-rockabilly-New-Wave-God-knows-what mashup “Love Missile F1-11”. Making light of Cold War paranoia and the reinvigorated arms race and propelled by some pure cheese keyboards and chugging guitars, the song screams by under its own demented energy. Borrowing from everything—the music from Rocky IV to line reads from Scarface and The Terminator—the song is a pop culture hodge-podge that, like some of the group’s UK peers, Pop Will Eat Itself and the KLF, would help to predict the wider embrace of sampling at the end of the decade. This would become particularly pronounced in the concurrently developing hip-hop culture in the US.

The rest of the album also proved to be fairly deranged. A swipe at commercialism, the band sold brief musical commercial slots between tracks. After only managing to sell a couple of these, the group spoofed-up the vast majority (a la the Who‘s The Who Sell Out album). The record also came emblazoned with an information overload of graphics and text throughout its packaging, strange nods to Japanese culture and even a break dancing Gundam robot on the cover.

Sigue Sigue Sputnik was founded in in 1982 in London by former Generation X bassist Tony James. He started the band after Billy Idol decided to go solo and sent his former band packing. The band’s name was supposed to be a reference to a Russian street gang and meaning “burn, burn satellite”. The band continue to perform live, often in over the top costume, with the whole musical project appearing to be some kind of social commentary on the excesses of Western society, the universality of slick commercial pop culture and the ubiquity of technology.

Bonus! Another side of Sigue Sigue Sputnik is on display with their oddly-moving love song/power ballad to the grandaddy of gaming consoles, “Atari Baby”: 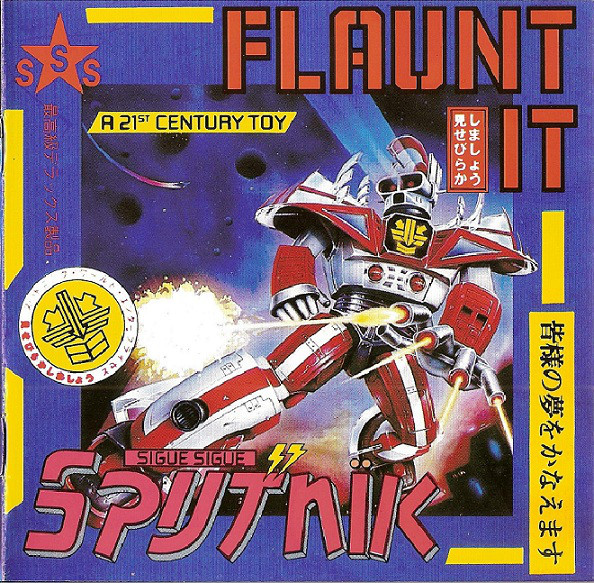