Song of the Day: Mariah “Shinzo No Tobira”

“Shinzo No Tobira” is a gorgeous, gliding number from Japanese avant-pop group, Mariah. It appeared on the band’s 1983 final LP, Utakata No Hibi, which was released on the venerable Better Days label. The song is built around traditional Japanese percussion elements, subtle electronics, an almost Reggae-inflected bassline and a gorgeous vocal turn by album guest vocalist, Julie Fowell. Not a lot is known about Fowell, apart from her turn as guest vocalist/ lyricist on Utakata No Hibi. Though she sings in fluent Japanese, she appears to be originally Western.

Mariah were led by Japanese saxophonist, Yasuaki Shimizu. Shimizu not only released five albums as Mariah, but also a number of records as a solo act that that have a strong cult following among record collectors. While he eventually turned his attention to avant-pop, Shimizu‘s initial musical background was as classical music performer and he famously arranged and released the Bach cello suites for tenor saxophone. Shimizu has been musically active since 1981. In addition to his own work and work with Mariah, he has composed, produced or arranged for artists as diverse as American jazz vocalist Helen Merrill, Japanese electronic pioneer Ryuichi Sakamoto, and Japanese DJ Towa Tei. 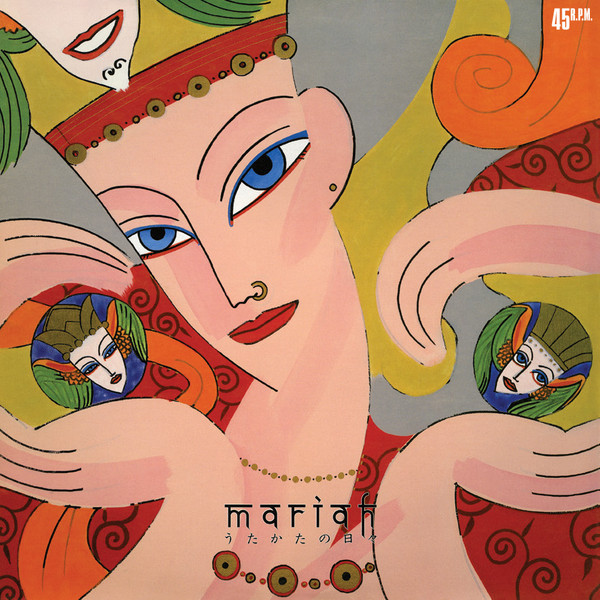