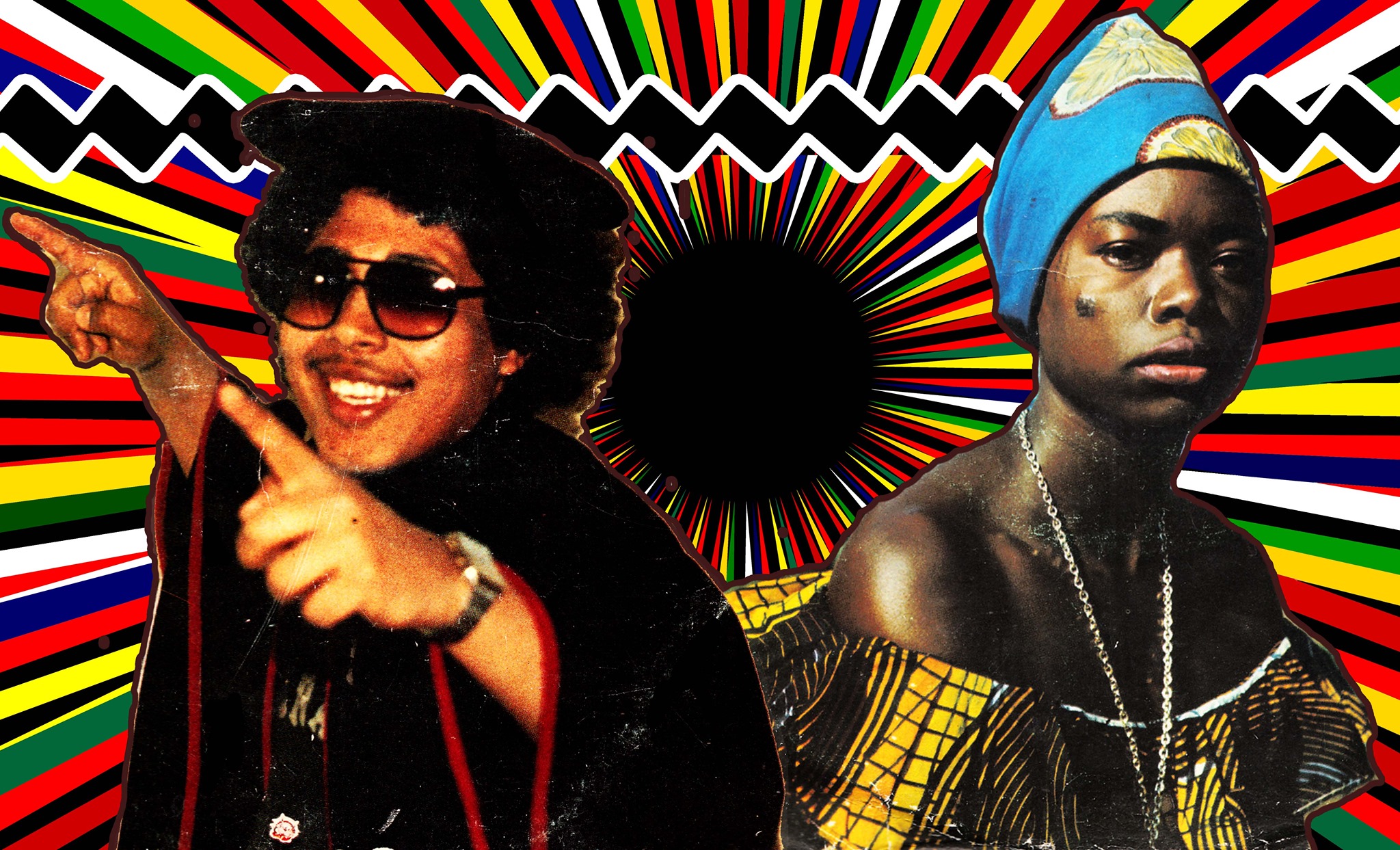 DJ Neville C aka Neal Becton is the owner of a tropical vinyl record store called Som Records. Located at 1843 14th Street NW. It is home to the best new and used records releases from around the globe.

A Florida native, Neal Becton was raised in Atlanta, GA and is a proud graduate of the University of Georgia. Neal started DJing in 1990 while maintaining careers in hotel management and journalism. He gave his life over completely to vinyl when he opened his own record store in 2003. His personal collection is formidable, to say the least; he currently owns more than 12,000 13,000 14,000 a bazillion records. With those kinds of deep crates, no style of music is beyond his grasp.

Neal got his start at Washington DC’s famous State of the Union club in the early 90’s. He hosted “Around the World in 80 Beats” on XM Satellite Radio for over two years. He has DJed in Madrid, Auckland, Philadelphia, Baltimore, Los Angeles, Atlanta, New York at that great house party you went to in Mount Pleasant back in ’95. Venues played include the 9:30 Club, Nation, Metro Cafe, Black Cat Club, State of the Union, Science Club, The Bayou, Zanzibar, Bossa, Taste of DC and many more.

DJ Sir Ramases – Originally from Washington, DC but with heritage / family in Panama, Jamaica, and Brazil, Sir Ramases is a man of many many talents. He spent his college years training in printmaking / sculpture / information technology as well as music research all the while playing the vibraphone / saxophone and doing a show at the local college radio station KTUH Honolulu. He started in high school collecting vinyl records and now has amassed over 60-100,000 unique titles from all five continents. With the help of his Afro Ritmo crew he manages his collections in Brazil, Panama, and Washington, DC.

Sir Ramases is the founder of the international non-profit Afro Ritmo Records Research Collective, which archives, collects, releases, and spreads awareness about the world’s rarest music on the vinyl format. This group has six members in total each hailing from their distinct tropical homelands. They scour the earth looking for lost and forgotten musical treasures. With many countries traveled this group hopes to continue preserving indigenous music and culture for the years to come.

Marcello Bentine was born in the early 70s with Brazilian roots and Brazilian music in his blood. Raised between Miami and Rio de Janeiro, the Brazilian records his family regularly played at home were the soundtrack to his childhood. He began spinning those same records at underground parties and clubs in Miami and Rio in the late 90s. Since then he has become an avid vinyl collector of Brazilian music, along with other various “world music” genres. Recently, Marcello, Mr. Brown, DJ Le Spam, Erick Paredes, and DJ Kumi formed the DJ collective know as “Miami Is An Island”, which is a Miami based party focusing on rare “island music” strictly for the dance floor. Over the years Marcello has thrown several “Classic Brazilian” inspired parties around the world, with such DJs/producers as Marcelinho Da Lua/Mustafa do Brasil (Rio de Janeiro), Sunlightsquare (London), Nickodemus/Greg Caz (NYC), and DJ Bronco (Paris). In 2015 Marcello relocated to Washington DC and has been a regular selector for Ritmos Raros, DC’s best rare-vinyl-only dance party lead by Sir Ramases.

Ritmos Raros is a moving but never ending nostalgic tropical vinyl dancefloor party dedicated to the rare and normally unheard rhythms of Africa, Latin America, India, Caribbean, Brazilian, and the Arab variety. Touching upon many genres we get together and try our very best to dance to different rhythms of each others cultures. We are looking for members who love dancing and learning about obscure music that may have not achieved popularity to due to a myriad of adverse circumstances. Join us if your interested in being exposed to sounds you might not hear otherwise outside of the countries of origin. Expect the unexpected: Hybrid transactions, unlikely collaborations / combinations, moods in a minor key, blood, sweat, and tears all wrapped up in its aural form strictly for your educational and spiritual enrichment.