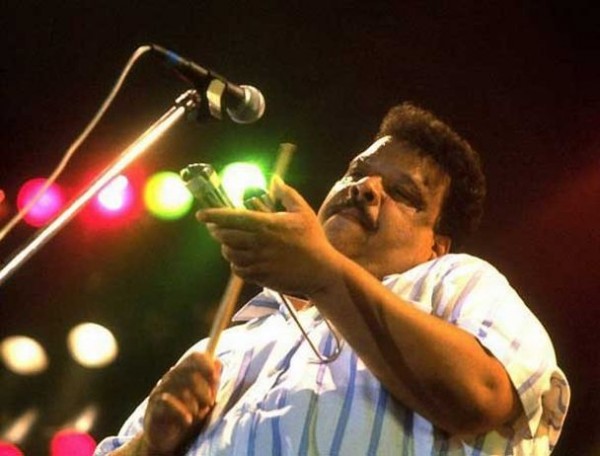 Tim Maia is the godfather of Brazilian funk. Born in Rio in 1942, Maia started making music early, and in 1959, he moved to the US to study. He stayed four years until he was deported after being busted for marijuana possession in Florida. He finally found his footing in Sao Paulo in the late 60’s and by the early 70’s he was putting out some of the funkiest Brazilian records around, helping inspire the “Black Rio” movement. Along the way he joined (then left) a cult, grew morbidly obese, and battled drug addiction all the while churning out big hits. His bad health finally caught up to him in 1998.
This tune, one of his biggest, was on his 1977 release Disco Club. Knowing what a national treasure he is, an original vinyl copy tends to be expensive in the record shops in Rio de Janeiro. I got really lucky and found this LP at a flea market there a few years back and it hasn’t left my crates since.

When Guns N’ Roses played the Rock in Rio festival in 2001, they got their most ecstatic audience response when they played Maia’s “Sossego,” and smart Brazilian DJs know to follow the same strategy today.