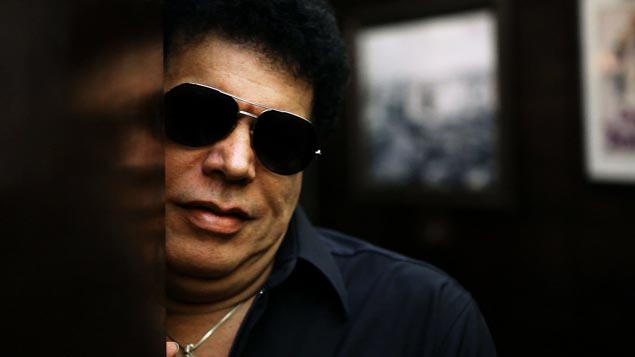 Samba rock (which is also referred to as samba soul, samba funk, and sambalanço) was started in Sao Paulo in the late 50’s when local DJs fused together American (and Italian) rock n roll, Black American music and Brazilian samba styles. A cover of Bill Haley‘s “Rock Around the Clock” by Waldir Calmon in 1957 is considered one of the ground breakers of the style. By the 70’s there were many bands and singers who could be considered samba rock artists – Jorge Ben, Trio Mocoto, Tim Maia, Wilson Simonal and the artist featured here: Wando.

Wando, born Wanderley Alves dos Reis, was from Minas Gerais and got his start writing songs for other musicians including Jair Rorgigues and Roberto Carlos. His first record came out in 1973 and he put out more than twenty in career that lasted three decades. The Wando song I’ve highlighted “Se Quiser Chorar Por Mim” first came out in 1977 but he also recorded a slightly different arrangement of it a years later. Both are great, rocking samba rock classics.