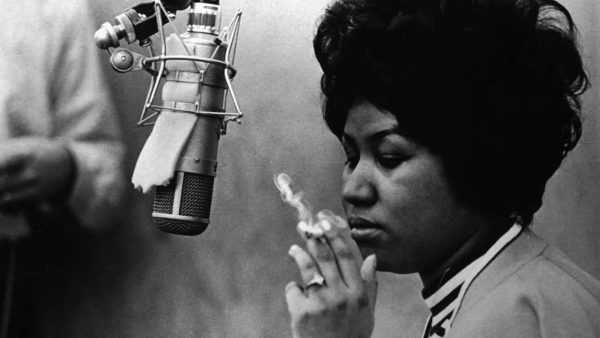 Remember Sister Act 2? Whoopi cracked us up and Lauryn Hill took our breath away as she sat at the piano and sang “His Eye is on the Sparrow“. I wouldn’t say that soundtrack was anything close to classic, but it did have Aretha Franklin‘s cover of “A Deeper Love,” a song that I do love and which was originally produced by Clivilles & Cole. Producers love to remix this song, but amidst the litany of remixes, there is one producer that stands-out: the version by Berlin-based producer Tinush. Tinush puts his own interpretation on a “A Deeper Love,” and renames it “Struggle.” While Aretha’s version fits perfectly with the gospel/house genre that was popular in the 90’s, and of course- with the theme of Sister Act 2, Tinush‘s remix brings a musical experience that feels more serious, more closely aligned with the lyrics.

Tinush begins the track with a soulful piano solo, then begins layering drum loops, breaking at times for other instrumental solos. After a two minute build, Aretha comes in over a Tinush piano solo. Her vocals are clear, strong, untouched except for the reverb added to the last word she sings, “inside.” In case you’ve forgotten how the lyrics go…

“People let me tell you I work hard every day
I get up out of bed, I put on my clothes
‘Cause I’ve got bills to pay
Now it ain’t easy but I don’t need no help
I’ve got a strong will to survive
I’ve got a deeper love, deeper love.”