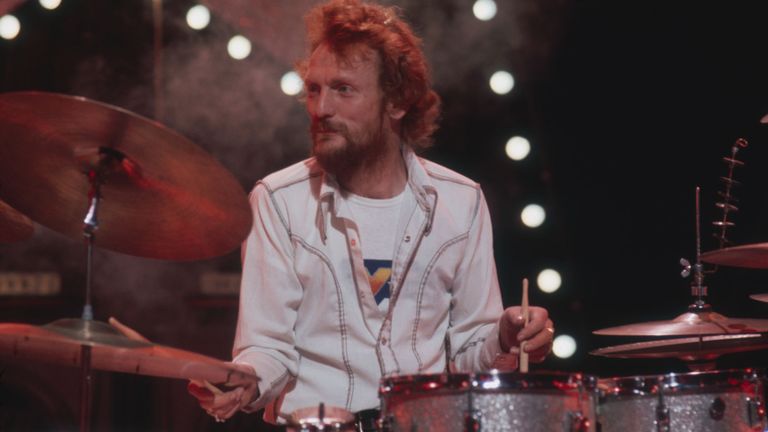 Today we remember visionary drummer/ occasional madman, Ginger Baker who sadly passed away over the weekend at the age of 80. Baker was as known for his innovative and naturalistic rock/ jazz drumming style as he was for his frequently spiky personality that would regularly lead him into violent altercations with others. Despite his acerbic behavior, the tall, lanky Baker remained an in-demand fixture throughout the early British blues and rock scenes before eventually decamping for Nigeria and then South Africa. While his life was seemingly always tumultuous (matching his attack of his instrument) he remained a truly unique, innovative master drummer but also a living hellion.

Baker was born in South London in 1939 with his earliest memories purportedly being about living through the Blitz. He first encountered the drums as a teenager and seemed to almost immediately learn to play the instrument after spending minimal time behind the kit. Fate or not, Baker was a natural drummer and the drums proved to be a permanent fixture in a life that otherwise seemed to flash from uncertainty to uncertainty and crisis to crisis.

Ginger Baker remains best known for his work behind the drum kit of the influential English power trio, Cream. Formed alongside guitar hotshot Eric Clapton and bassist/ vocalist Jack Bruce (the latter who Baker had previously worked with in Graham Bond Organisation) the trio created some of the most dynamic and explosive rock music of the 1960s. The propulsive tumult within the band’s output was only matched by the legendarily intense loathing shared between Baker and Bruce: a feud that lasted for decades and even likely derailed an extension the Cream reunion that occurred in 2005.

Despite the mutual antipathy of the membership, Cream reinvented the wheel, with each member acting as an equal part of the group. Their sound also changed the rules of the game for rock, paving the way for the Jimi Hendrix Experience and other who would pick up their mantle. Baker‘s propulsive, primal drumming (including innovative use of the double kick drum – a future staple of heavy metal) undoubtedly gave the band an edge that few could match. Indeed, Baker was so talented that the track “Toad” from Cream‘s first album can be counted as among the first true drum solo/ showcases to be recorded on a rock album.

Following the conclusion of Cream after 4 full-length albums, Baker first teamed-up with Clapton again (along with Steve Winwood and Ric Grech) for another short-lived supergroup, Blind Faith. While Blind Faith only lasted for an album, they put Baker in touch with Grech who we would go on to form his next musical project with: the jazz fusion group, Ginger Baker’s Air Force.

Air Force recorded two albums (both in 1970) along with having a couple of European live dates captured that would subsequently be issued by record companies in the early 2010s. The band featured an extensive horn section and combined a mixture of jazz, soul, rock and afro-beat that would prove to be a key fascination of Baker‘s for much of the rest of his career. The group would also see Baker collaborating (and holding his own) with some of the greats of jazz, including John Coltrane‘s powerhouse drummer, Elvin Jones.

Baker next travelled to Lagos, Nigeria in 1971. There he built a recording studio (later used by Paul McCartney & Wings to record part of Band on the Run) and recorded albums with many of the leading lights of the Nigerian music scene of the era. Perhaps his crowning highlight was a live album he cut and co-lead with afro-beat pioneer Fela Kuti. Indeed, Baker‘s seemingly innate understanding of African percussion allowed Fela‘s regular drummer, the extraordinarily gifted in his own right Tony Allen to declare Baker to be the only Western drummer to play truly authentic afro beat.

Ginger Baker‘s mounting addiction to heroin (indeed, he would be on and off the drug throughout his whole life, relapsing on the drug, by his own account, well over twenty times after initially getting off of it), falling afoul of various Nigerian gangsters and propensity for a scrap lead him into trouble in Nigeria.

He eventually found himself decamping for South Africa in 1975 under murky and complex circumstances. An except from an interview regarding the move (interview except helpfully sent to me by a friend):

Ellen: Why did you move to South Africa?
Baker: It’s a long, long story.
Ellen: Well don’t feel you have to tell me if it’s a long story.
Baker: No, I’ll tell you it. I married an American and..(Ellen informs The Word readers: this answer lasts exactly 15 minutes and 20 seconds. Any attempt to reroute Ginger from this saga is greeted with “You asked me why I ended up in South Africa and I am trying to fucking tell you alright?” Here are a few key phrases- fill in the gaps…) Green card, drug busts in 1971, Canadian border, waiver, deported, stable girl was illegal alien, knock on door, handcuffs, strip-searched in jail, thugs, dogs, guns, “You get that fucking gun out, boy and you’re dead!”, subpoena, investigation, best immigration lawyer in Denver, deported, found guilty of knowingly employing an illegal alien, $2,000 dollar fine, costly dental work, implant, wife, bad things, READ MY BOOK! “lost all my Cream money in Nigeria in 1975”, Ireland, tax thing, “can visit UK but can’t live here as they will JUMP on me”, Dominican Republic, Christian/Muslim bullshit, South Africa operation on leg, nerve cut open, taking the muscle out and sticking it back again.”I’m TRYING to answer your questions but you keep going off on fucking TANGENTS!” money transfers going astray, “huge fucking fraud/sex scandal in South Africa which I am not allowed to discuss for legal reasons”, Cape Town.

Baker subsequently worked as a frequent live and studio musician (as well as occasionally recording his own work as a leader) – his reputation for being difficult to work with often being exceeded by his talent. Over the years, Baker served as a drummer in the prog/ metal group Hawkwind, apepared as the drummer on one of Johnny Rotten‘s Public Image Ltd. albums (notably playing on the anti-Apartheid anthem, “Rise”) and recorded with numerous African and jazz musicians. He could occasionally display a generous side and reportedly financially helped a number of musicians who found themselves in trouble over the years.

Along with his mounting health problems, Baker‘s reputation has a hellion followed him wherever he went. Baker even declared that God was keeping him alive and in as much pain as possible for all the evil that he had done in his life. Repentance was never in the cards for him. An attempt to make a documentary about him, eventually released as Beware Mr. Baker (2012) concludes with Baker intentionally breaking filmmaker Jay Bulger‘s nose on camera with his cane. While Baker died after a long illness, his intensity undiminished even up to the bitter end. His last record as a leader was released in 2014, a relatively straight-ahead afro-jazz album entitled, Why?. While the years and frequent illnesses had taken their toll and he was not as powerful as he was in his prime, the intensity in his playing was still there, undiminished.

Ginger Baker was a one of a kind iconoclast, full of fire and fury. We are unlikely to ever see his kind again as a major force in popular music. He was at once brilliant and an absolute bastard. “The devil knows and protects his own”, as one of Baker’s ex-wives famously said of him. And 80 is not too shabby an age to depart at given just how hard and fast Baker lived. Hell always probably had a better band than Heaven, anyways. Perhaps now, with Ginger Baker added to its ranks, the Devil can claim that his rhythm section is complete. RIP. 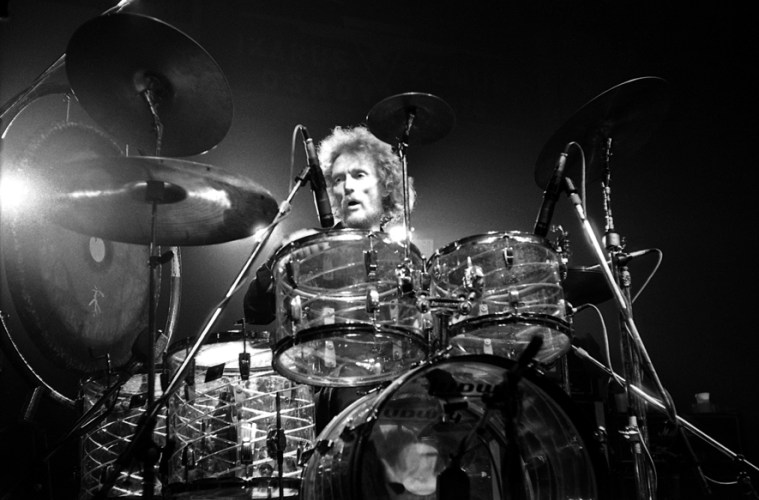