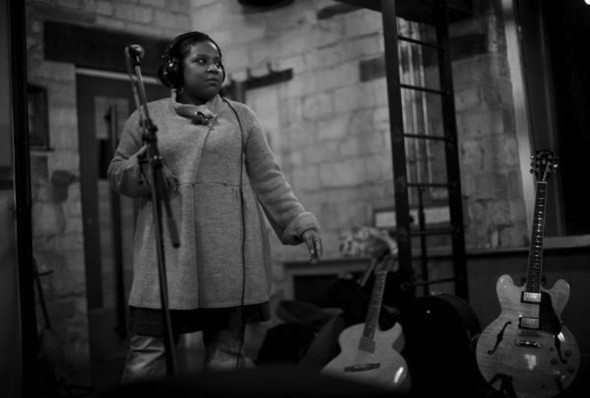 Digging through the endless mountain of digital music released these days is fun, but actually finding something in all those 1s and 0s still sends chills down the spine. Finding a new song by a new artist in a genre that you didn’t know existed is the triple play of hunting for new music, digital or physical.

I would describe “Nyuli” by Mim Suleiman as Swahili Nu-Disco / Word House, clearly distinct from the Deep House popular in South Africa. This is an artist comfortable outside the bounds as her other songs, “Umbeya (Maurice Fulton Dub),” “Msimamo,” and “Pato Pato Lembwe Lembwe” (an East African DC Go-Go track!) show to a greater degree than “Nyuli.” The thing that initially drew me to this particular track was that it sounds as if Arthur Russell made a Swahili song! Other songs strongly reference Chaz Jankel and Buzzcocks frontman Pete Shelley’s electronic phase. Reading into her bio you can see why her music is so different:

“Mim Suleiman started hearing stream of voices, rhythm and poetry coming out her being while working as a teaching metallurgical technician at The University of Birmingham. With no musical background whats so ever, Mim Suleiman left her job to pursue her dream… She writes in English and Swahili (her native tongue) and sings in a variety of languages including Fula.”

Great stuff all around.