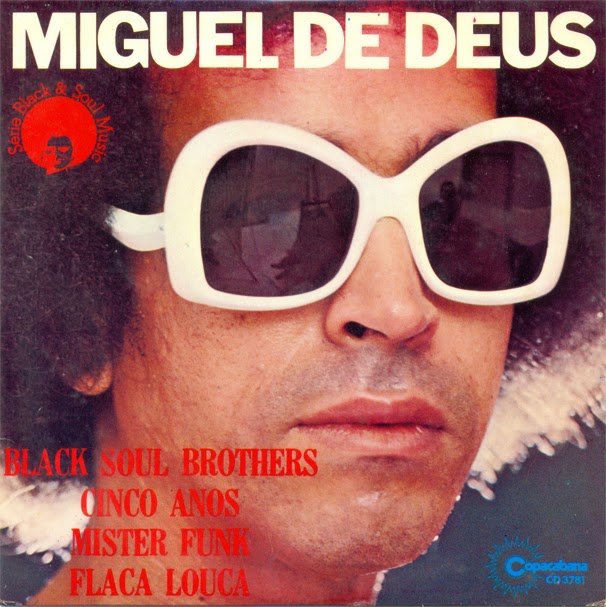 There are a lot of very funky songs in Brazilian music but few pack the punch of Miguel de Deus‘ “Black Soul Brothers.” From the opening shout to the very end this song is a beast! Released in 1977 on the LP of the same name, this song could easily fit into any DJ set with Sly and the Family Stone, James Brown and Funkadelic. The LP has always been very collectible and is finally getting the reissue treatment this year.

De Deus was originally from Bahia and in 1969, he founded the band Os Brazões. Os Brazões mixed psych rock and African music and baked up such singers as Gal Costa, Tom Ze and Jards Macale. Black Soul Brothers was de Deus’ only solo LP (unfortunately).