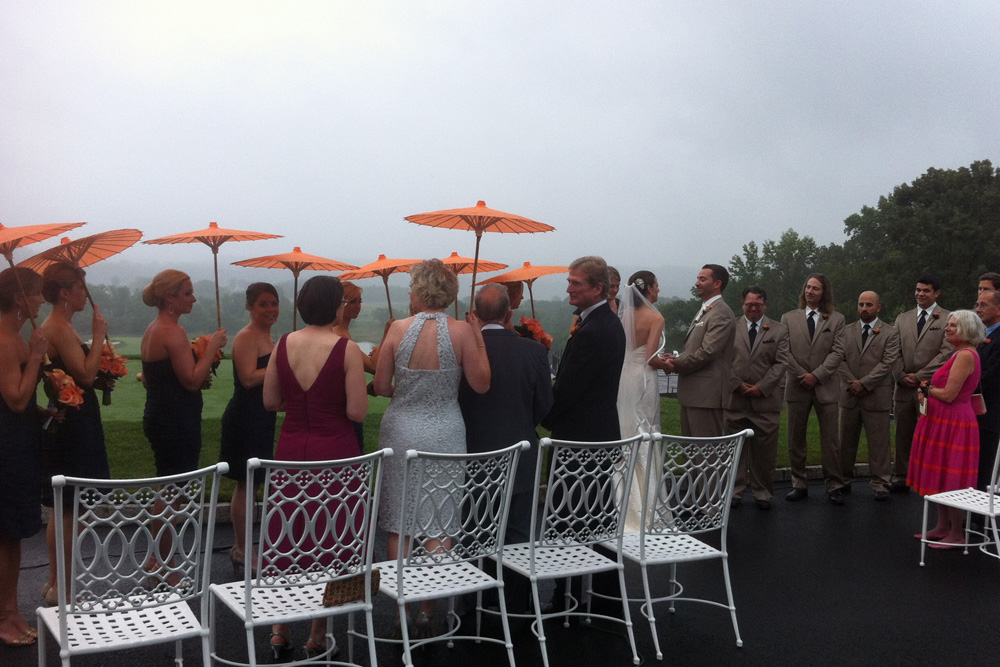 A little bit of rain didn’t upset anyone too much as Whitney and Sean celebrated their Trump National Golf Club wedding. We set up for an indoor ceremony but a break in the weather moved the event outside. Laura Ritchie, from Events In The City knew how much Whitney was looking forward to an outdoor ceremony at the beautiful country club, with the Potomac drifting by in the background.

The wedding party processed to Pachelbel’s “Canon in D” and Sean’s sister in law performed a lovely personalized ceremony. The rain returned as Sean and Whitney read the wonderful vows that they had written, but it just made the scene more romantic. I heard at least one guest compare it to The Notebook.

Guests made their way to the shelter of the upstairs reception area for cocktails, featuring views of the river and a charming barroom. Musical selections included The Apple Scruffs remixing “Calico Skies” by Paul McCartney, “Country Gentleman” by Chet Atkins and “Numbers Don’t Lie” by The Mynabirds.

The members of the wedding party entered to a medley of songs including Michael Jackson, The Beatles, Tupac Shakur, John Denver, and “Hail to the Redskins”. Whitney and Sean got a huge round of applause to the tune of Ray LaMontagne’s “You are the Best Thing”. Timmester Photography was on hand to capture every smiling face. Check out their blog for more great pictures! 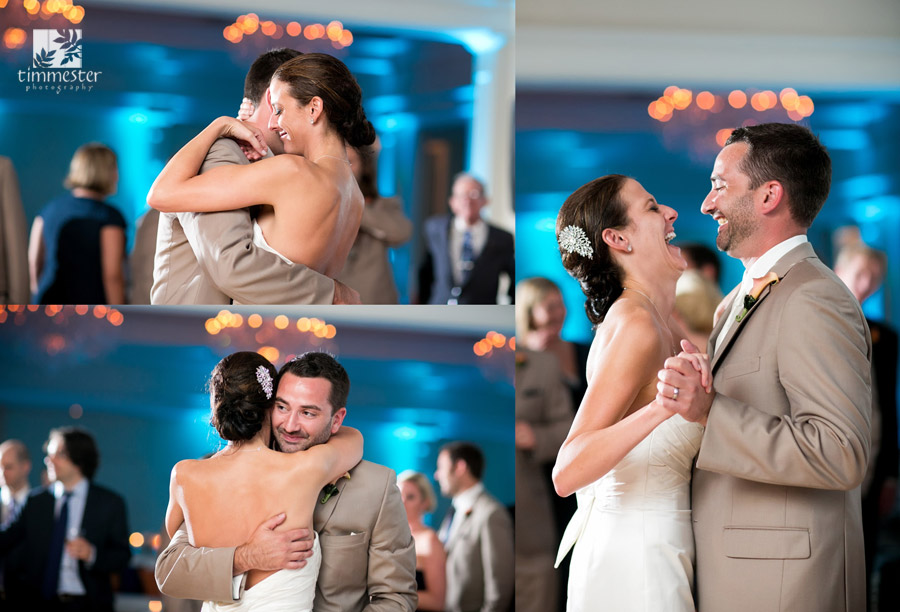 The couple went immediately into their first dance, to “Bring it on Home” by Little Big Town. Next, Whitney and her father danced to “Stand By Me” by The Temptations. After the dances, Sean’s father gave a gracious welcome to everyone. Whitney’s father regaled the crowd with stories from the teaching careers of the bride and groom. His pride was obvious as he described how they make the world better, one student at a time.

The Maid of Honor toasted the couple, “May you live forever in love, and love live forever in you”. The Best Man took a more irreverent tack. Though he called Whitney “perfect”, he offered a long list of his brother’s failings. Other than a choice vanity license plate, it seemed the best thing Sean had done was to marry Whitney.

The gorgeous floral arrangements on the tables were by Holly Chapple Flowers. During dinner we heard a mix of Motown: “Here I Am” by Al Green, “Mercy Mercy Me” by Marvin Gaye, and “I Second That Emotion” by Smokey Robinson & The Miracles. This was followed up with some classic country and early rock & roll: “Crazy” by Patsy Cline, “His Latest Flame” by Elvis Presley, and “Memphis” by Chuck Berry.

Dancing got started strong with “This Is How We Do It” by Montell Jordan, into “Crazy” by Britney Spears, and “Let’s Get Married” by Jagged Edge. We heard The Rolling Stones’ “Honky Tonk Woman” and Madonna’s “Like A Prayer”.

The summer’s big hit “Call Me Maybe” by Carly Rae Jepsen got the crowd excited, and they kept it up for Maroon 5’s “Moves Like Jagger” and “Poison” by Bel Biv Devoe. We heard Chris Brown’s “Forever” and “What Makes You Beautiful” by One Direction. The bride and her father danced like they did when she was a kid to Michael Jackson’s “Don’t Stop Till You Get Enough”, and everybody sang along to Whitney Houston’s “I Wanna Dance with Somebody”. 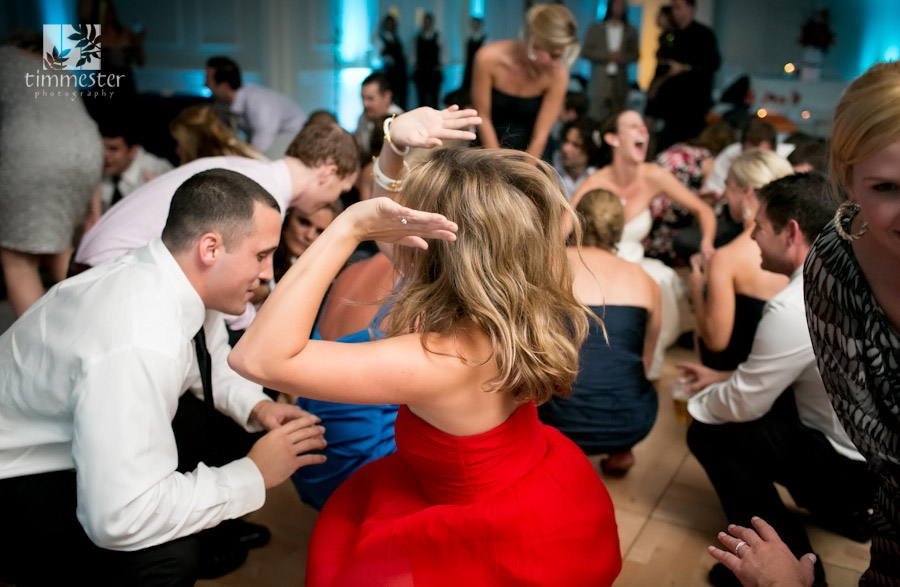 “Return Of The Mack” by Mark Morrison went over big and the crowd got crazy to “Shout” by The Isley Brothers. They did the “Cupid Shuffle” before “Dixieland Delight” by Alabama went out to the JMU crew. The end of the evening came too soon with “All Night Long” by Lionel Richie, and “Fight for Your Right (To Party)” by The Beastie Boys. It was a really fun night for a great couple. Congratulations to Whitney and Sean!