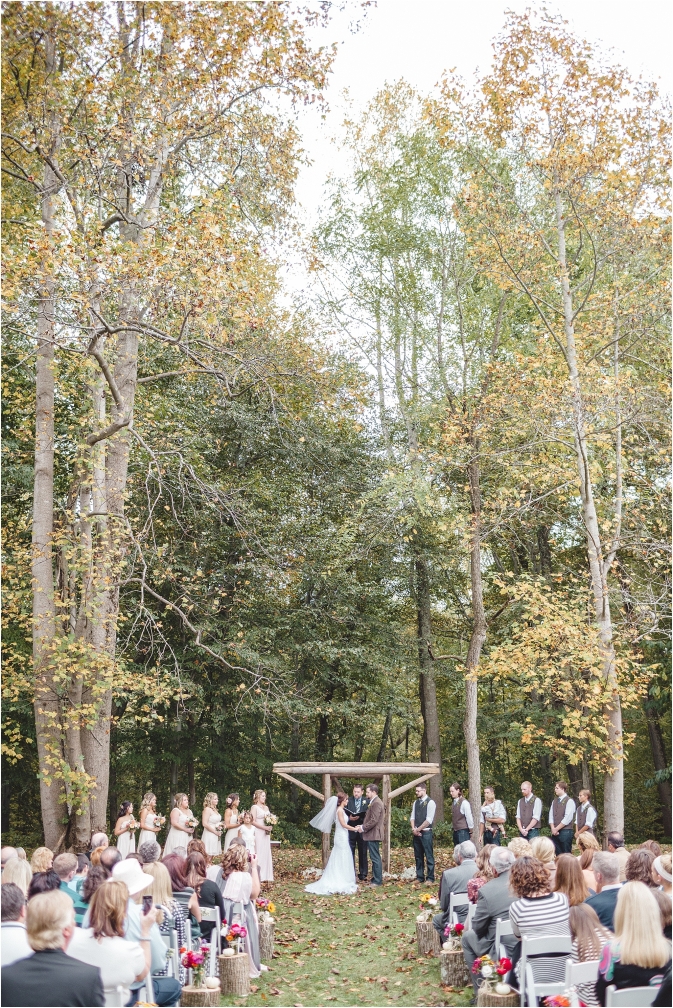 Dylan and I arrived at the farm outside Waldorf, MD post-ceremony to see the bridal party marching single file to a photo op, the groomsmen carrying bouquets and the bridesmaids carrying assault rifles (“Don’t worry, they’re not loaded,” I heard someone say). With tongues planted firmly in cheeks, Jenny and Zac were clearly having fun with a few traditions for their rustic southern Maryland wedding. But everything felt absolutely authentic, Mason jars, hay bales and all. 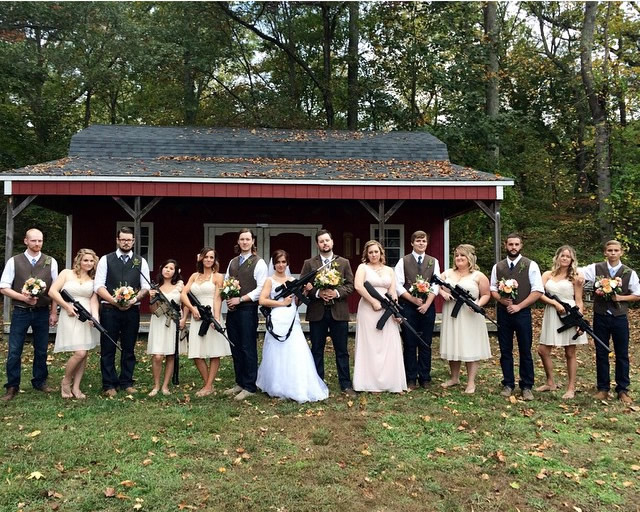 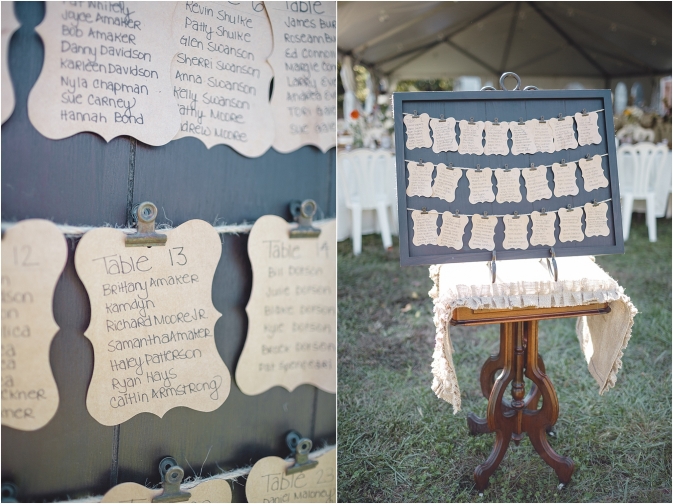 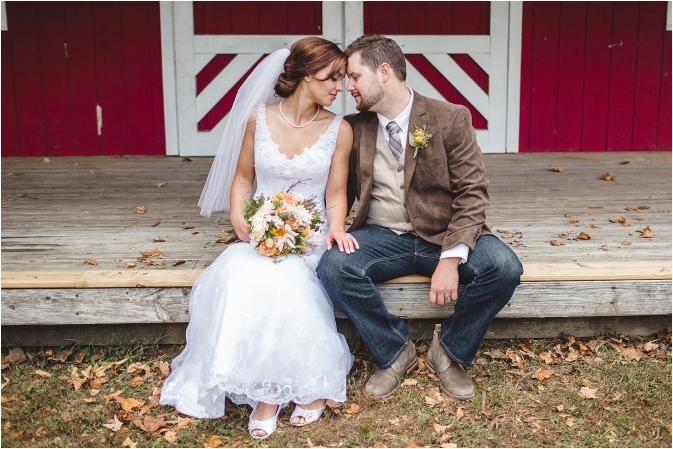 This mid-October evening, the air was crisp, the atmosphere was warm and casual, and the music was a heady mix that touched on folk, bluegrass, classic rock, country, hip-hop, and dance pop. From a rowdy wedding party intro to some very heartfelt toasts to a lovely first dance to an absolutely rocking dance floor during the reception, this wedding was a highlight of a very busy fall season. 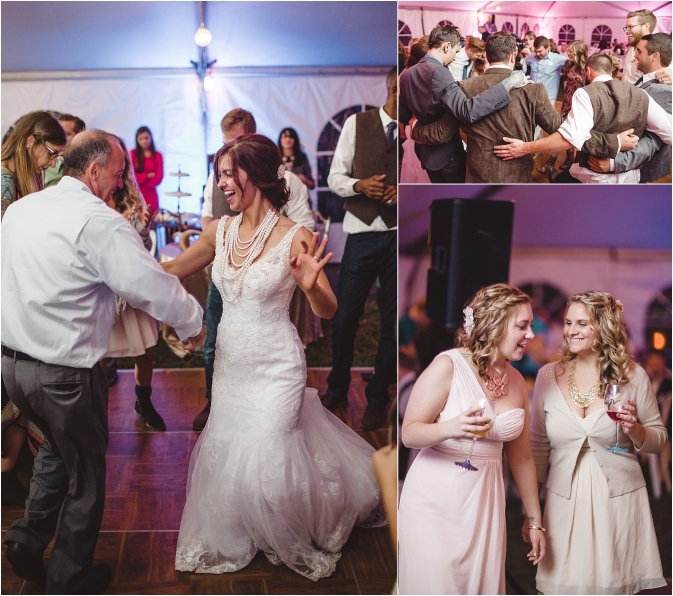 Jenny had this to say:

I went around to start my greetings about 5 min before he began playing and as soon as the music started EVERYONE was on the dance floor. It was amazing. Seamless transition between dancing and traditional things such as cake cutting. It was amazing. Absolutely the best wedding and we have been getting compliments ever sense about how awesome our wedding was. He definitely made it. Thank you so much.

Annapolis-based photographer Tara Peddicord and her team were a delight to work with! Check out more images at her blog. 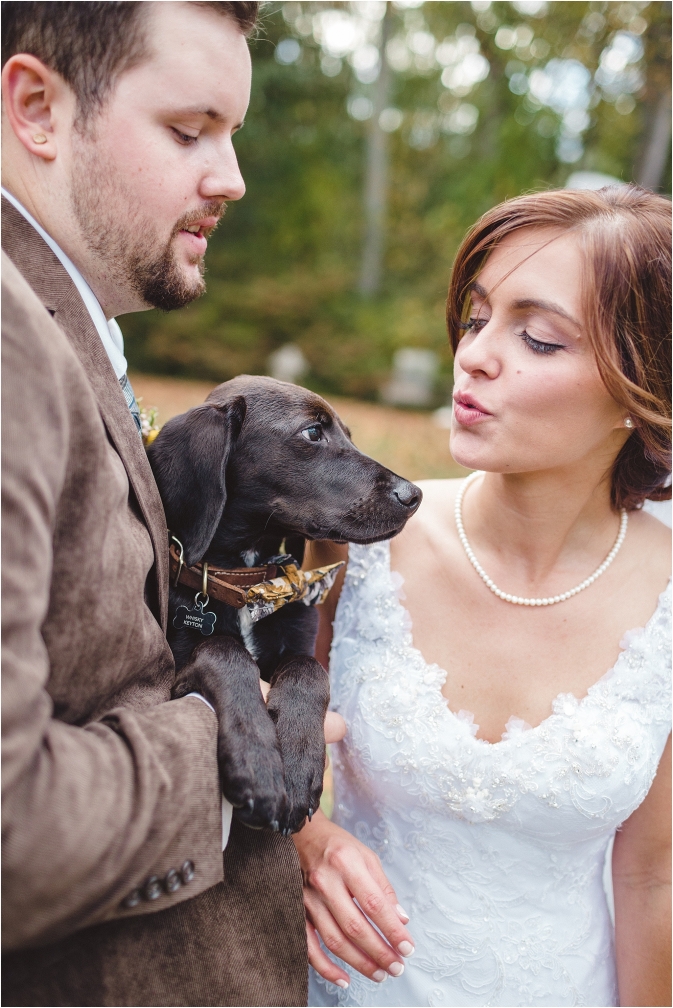