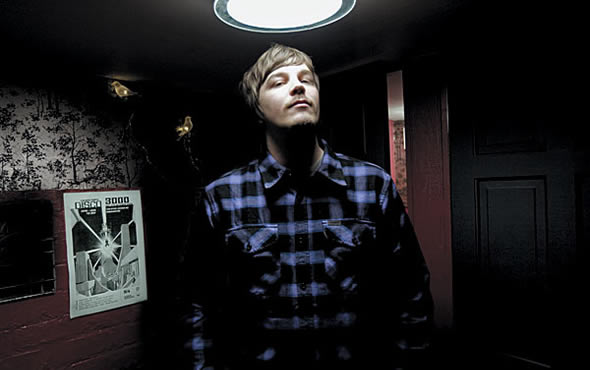 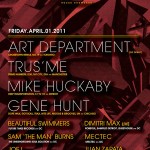 We’re now at the weekend and the Forward Fest is officially in full swing. The festival’s been getting lots of great press–this City Paper article is a handy overview and a good place to start, as is this Going Out Gurus blog post–and the excitement about the wide range of artists in town is palpable. Eighty Eight DC has truly gone all-out for Forward Fest number 4, putting together their most ambitious, all-encompassing festival yet.

In my opinion, the Warehouse Loft [located at 411 New York Ave. NE, Washington, DC 20002] is the place to be tonight for what will be a joyous night of house music. Headliners The Art Department are certainly the biggest draw, bringing their Toronto-based tech-house to DC for the first time, but I gotta give some much-deserved respect to an artist buried deeper in the line-up (and overlooked by both the City Paper & the Washington Post): Trus’me. This Manchester-based producer has been on the scene since 2006, creating his own unique take on late-night, jazzed-up, dubbed-out Detroit-styled house and disco. Get copies of his two full-lengths, Working Nights and In The Red, released on his own Prime Numbers label immediately!

Trus’me played the Forward Fest last year to a small crowd who didn’t really know what was up. This year, that’s not going to be a problem at all. Nevertheless I wanted to highlight this young Mancunian’s fantastic music and not just allow him to ride the wave of another artist’s hype.