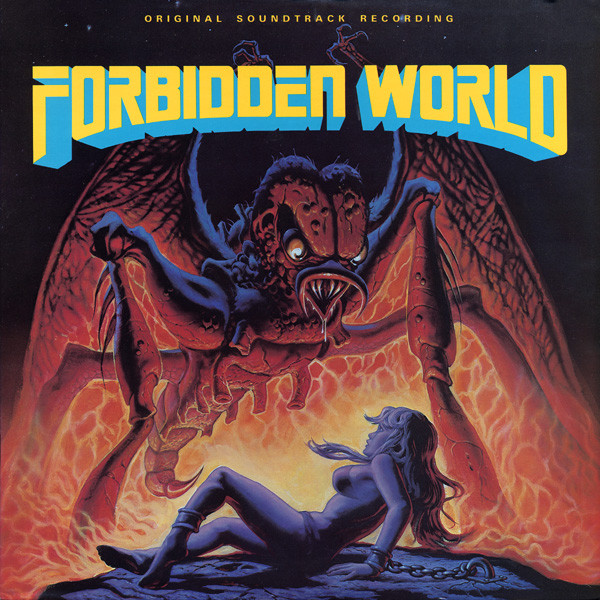 Susan Justin‘s triumphant theme to the low budget horror film, Forbidden World, fuses John Carpenter-esque dark synths with propulsive New Wave. Released in 1982 both the film and its score are certainly lo-fi, which only adds to their charm. Justin‘s score picks up a certain minimal dark wave quality that would make it feel right at home during the dark wave revival that kicked off at around the start of the 2010s. While the main theme is a stand-out (replete with minor key synths and strange vocal whooshes), the whole soundtrack is deeply creepy, adding gravitas to the film which it accompanies. Justin unfortunately never got to record much, with the Forbidden World score serving as her only full-length release beyond a hard-to-find 7″ single. This is too bad because she has an undeniable talent for the eerie. Her position in the cannon of cult film composers, however, remains secure with reissue label Death Waltz Records reissuing the score to Forbidden World in 2014.

Forbidden World‘s director, Allan Holzman, meanwhile carved out a fairly respectable career for himself as a work-for-hire director and editor. He is probably best known for his work on the Steven Spielberg-produced and starring Survivors of the Holocaust (1996) documentary that came out of Spielberg’s work on Schindler’s List (1993). While Forbidden World deals in far less heavy subject matter, it remains a competently made and surprisingly entertaining low-rent horror/ sci-fi distraction. The film plays like a more lurid version of Ridley Scott‘s Alien (1979) (upon which it was clearly trying to cash in) and features a similarly dark aesthetic. Loaded with grizzly carnage, grotesque creature effects and plenty of gratuitous nudity, the film was a quasi cult classic of its low-rent kind and featured the type of cover art that made it a favorite among a certain segment of (especially) the teenage boy population during the early VHS rental era. 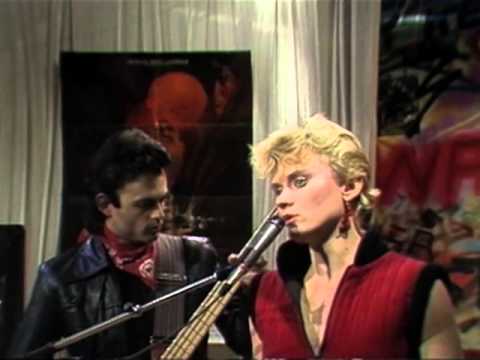