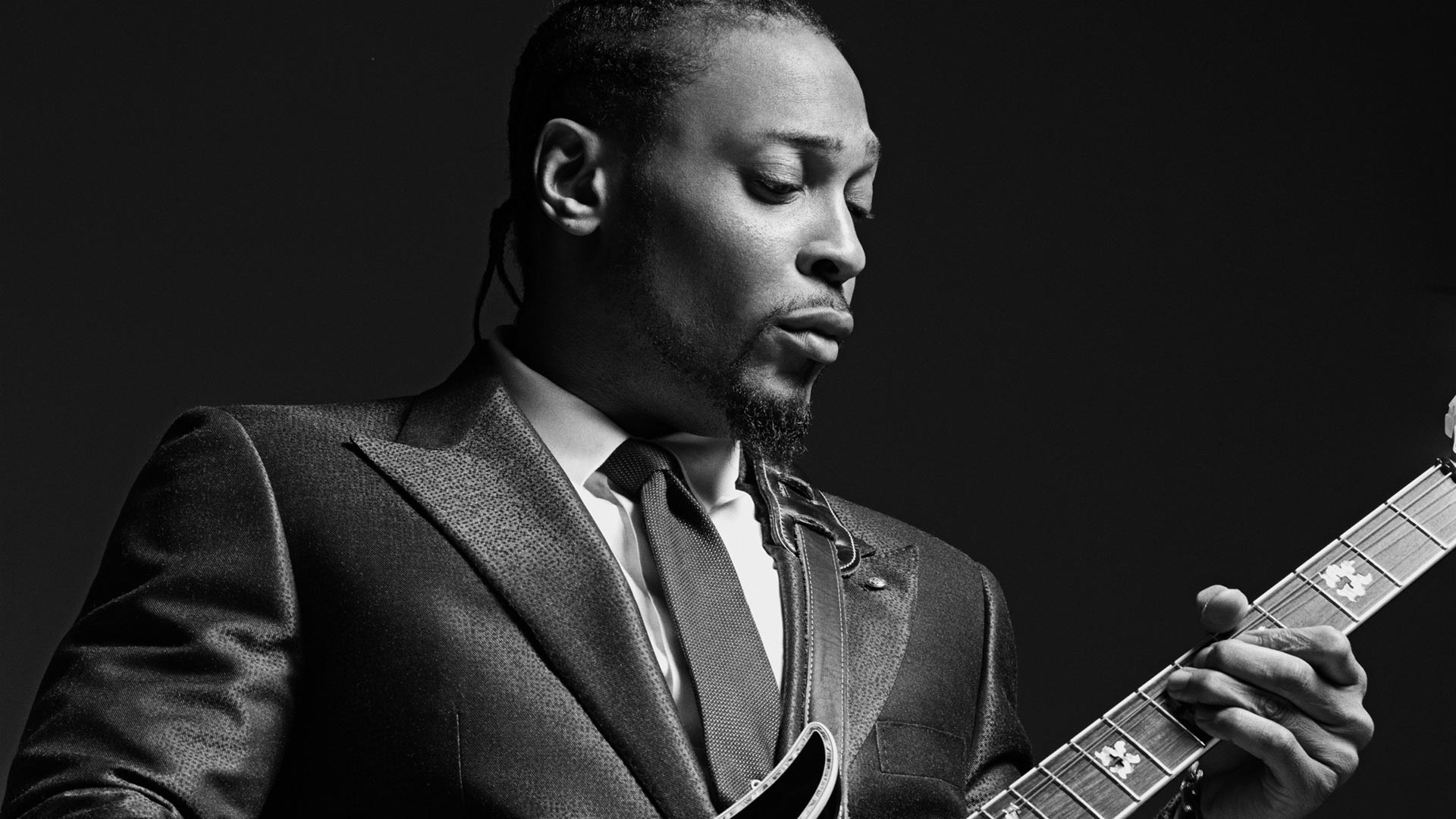 When D’Angelo released Voodoo in 2000, there was nothing that sounded quite like it on the radio. Taking elements of commercial R&B and neo-soul but then combining them with hip hop production elements and making them much, much weirder, Voodoo proved to be a hit with both fans and critics alike. “Devil’s Pie” was one of the singles from the record and has always been my favorite song. It is a slinky, jazzy thing where the edges of the song are unclear and everything seems to sort of blur together in a haze. The song is anchored by an incredible drumbeat (laid down by The Roots‘ drummer Questlove, whole produced the album and co-wrote several of the songs) and bassline (played by underrated jazz session bassist Pino Palladino). Subtle horns and layer upon layers of D’Angelo’s vocals sit on top. This song oozes sleaze and grease – you imagine this being recorded on a sweaty night with all the musicians more than a little bit loose. While the song’s themes of sin and temptation are writ large, the song does have a certain lyrical subtlety about it. One of my favorite songs, “Devil’s Pie” featured prominently on an infamous and now long lost mix-tape that passed around among the members of the band I was in at the time. There was never been another pop song quite like it.

D’Angelo was born in Richmond, VA in 1974. He first made in big at the age of 21 with his brilliant debut record, Brown Sugar. After a brief sabbatical, he returned in 2000 with Voodoo, a big step up and a record that redefined modern R&B as we know it. After the successful tour around Voodoo where the chiseled D’Angelo was treated as a sex symbol (something that he wasn’t entirely comfortable with), he entered into a protracted period of personal struggle in which he wrestled with his demons and stayed silent musically for over a decade. D’Angelo finally re-emerged in 2013, playing a few gigs and even contributed a new track to, of all things, a Soundgarden covers project. While there were worries about D’Angelo’s health and his ability to complete a new record, D’Angelo surprised everybody with the sudden release of his third album, Black Messiah, at the very end of 2014. The record was again produced by Questlove, took a more jazz-focused and proved to be a masterpiece – loved by both critics and the public. It will be exciting to see what this dynamic and elusive artist does next.