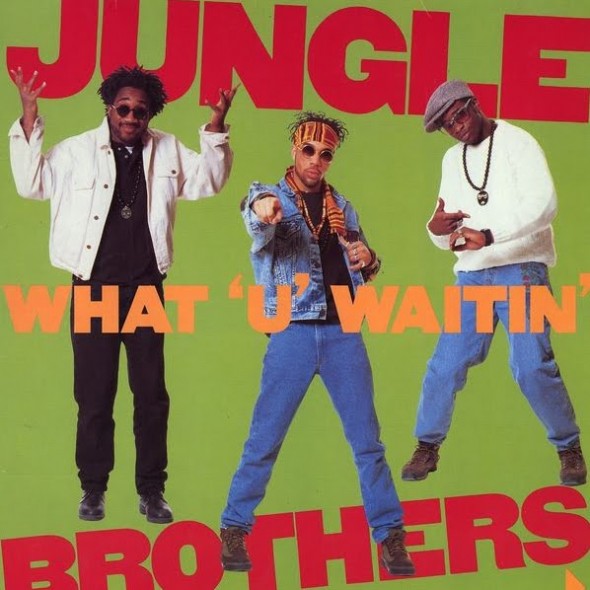 When De La Soul recently gave away, for free, their entire back catalogue as a promotional tool for releasing a new album it got me thinking about samples. The reason for the giveaway is that much of their music is locked away in legal battles over samples. The late 80’s and early 90s were the golden age of sampling, legal or otherwise, but damn if the music wasn’t better than most of todays hip hop / rap / trap / urban flavored EDM. Off all the sample based songs the one that jumped to the front of the line in my mind was What “U” Waitin’ “4” by The Jungle Brothers. This song contains samples from many jams that I still play to this day: Do It Any Way You Wanna by People’s Choice, Energy by Earth, Wind & Fire, Let’s Start the Dance by Hamilton Bohannon, Masterpiece by The Temptations, Give Up the Funk (Tear the Roof Off the Sucker) by Parliament and even the underground gay club hit Don’t Make Me Wait by The Peech Boys, aka The New York Citi Peech Boys, aka NYC Peech Boys. What “U” Waitin’ “4” was in turn heavily sampled by Liam Howlett the prodigious sampling mastermind behind The Prodigy for their song Jericho on the Experience album.

Jericho by The Prodigy.