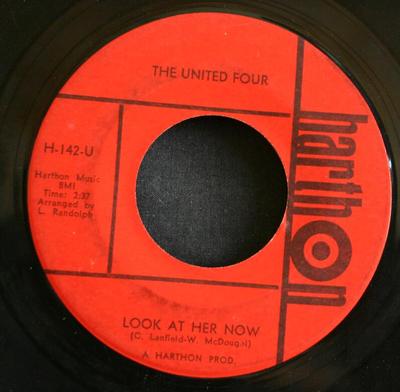 Over the years, the Philadelphia music scene has [clearly] cultivated its’ fair share of talent. The city became especially well known when teams such as Gamble and Huff dominated the ’70s scene, but the ’60s scene was just as powerful. The United Four were Weldon Arthur McDougall’s group, formed for the purpose of recording on his record label, Harthon Records.

Weldon got his start as the leader of The Four Larks, who recorded “Grooving At The Go Go.” Weldon also created various other groups to record in Philadelphia during the 1960s. Tom Bell was instrumental in writing and arranging much of their music. Check out my favorite ballad cut by the band!