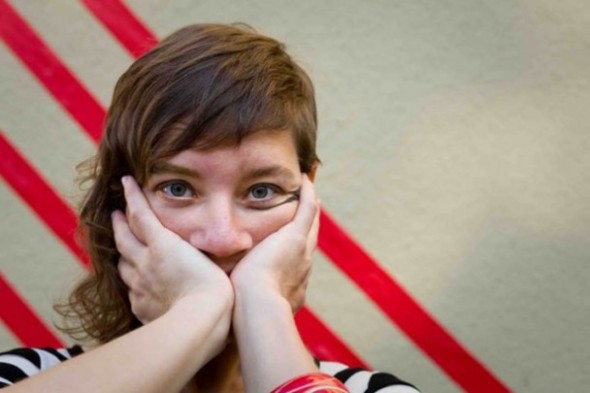 “Bizness” by the tUnE-yArDs gives me the excitement of hearing new sounds. One of the most amazing things about this music is that it’s largely made by just one person, Merrill Garbus. She uses her voice along with percussive and vocal loops in a sound reminiscent of Bobby McFerrin and Reggie Watts (think the loops not the comedy).  Her Wikipedia page puts her music in the genres of “Lo-fi, R&B, experimental, indie pop, Afro-beat, folk, worldbeat,” which just about sums it up. It sounds epic, organic, synthesized, simple, busy but mostly it sounds unique. For this song, Garbus was joined by band mate Nate Brenner on electric bass, and Matt Nelson and Noah Bernstein playing saxophones, all of which have gotten the same dubbed out “experimental” treatment.