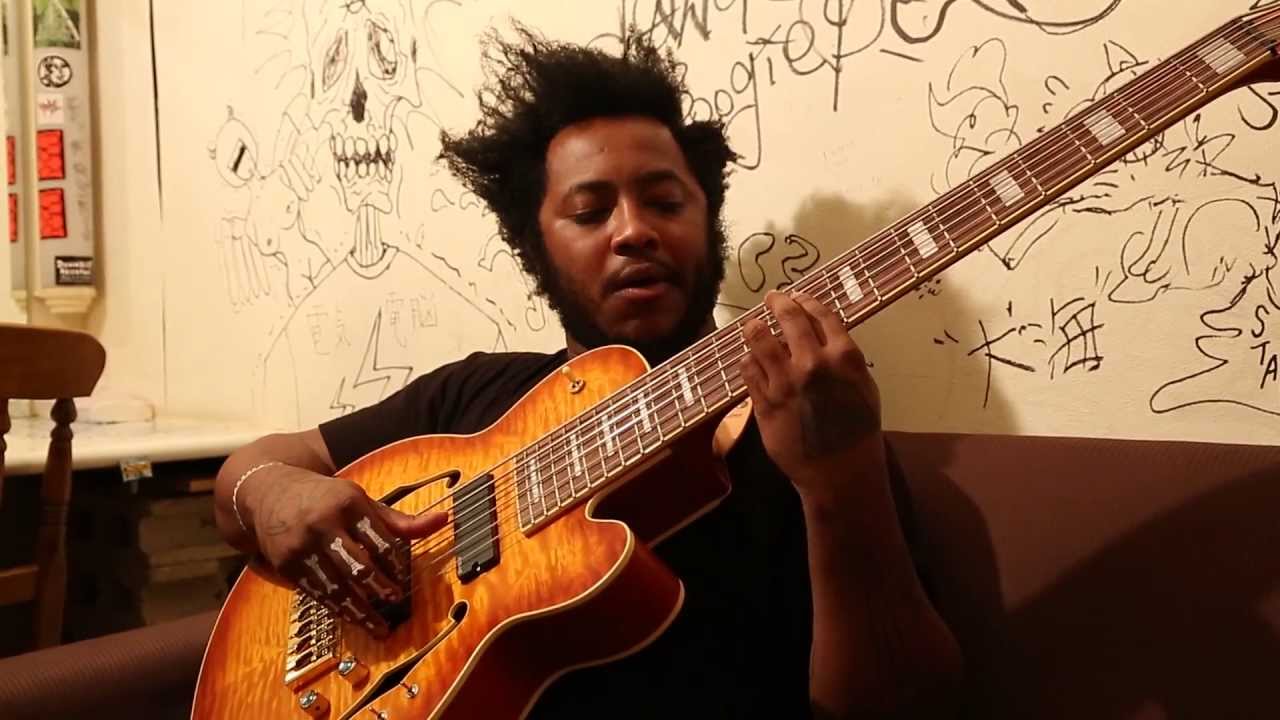 Song of the Day: Thundercat “Them Changes”

Thundercat—Los Angeleno virtuoso bassist and singer-songwriter Stephen Bruner—has released his first new solo material in two years(!) just three days ago, the mini-album The Beyond / Where the Giants Roam on collaborator Flying Lotus aka Steven Ellison’s Brainfeeder label. After contributing his incredible bass talents to Kendrick Lamar‘s [second] underground hip-hop masterpiece To Pimp a Butterfly and Kamasi Washington‘s three-hour spiritual jazz-funk opus The Epic, Thundercat‘s own work falls somewhere between the two. Having honed the tune in his live set for months now, the studio version of “Them Changes” (recorded with Ellison, Kamasi Washington, and Dennis Hamm) arrives as an appealing blend of mutated bass-funk and smooth yacht rock vocals (both by Bruner himself). AOR disco as played by Funkadelic.

Where the Giants Roam takes listeners on six spiraling excursions to the outer limits of jazz-funk. The follow-up to his sonically adventurous and widely praised second album Apocalypse sees Thundercat team back up with longtime sparring partner Flying Lotus, who co-produced three of the albums tracks. The legendary Herbie Hancock also pops up on keyboards on “Lone Wolf & Cub,” and there are contributions from fellow Brainfeeder family members Kamasi Washington, Miguel Atwood-Ferguson and Mono/Poly on sax, strings and production respectively.